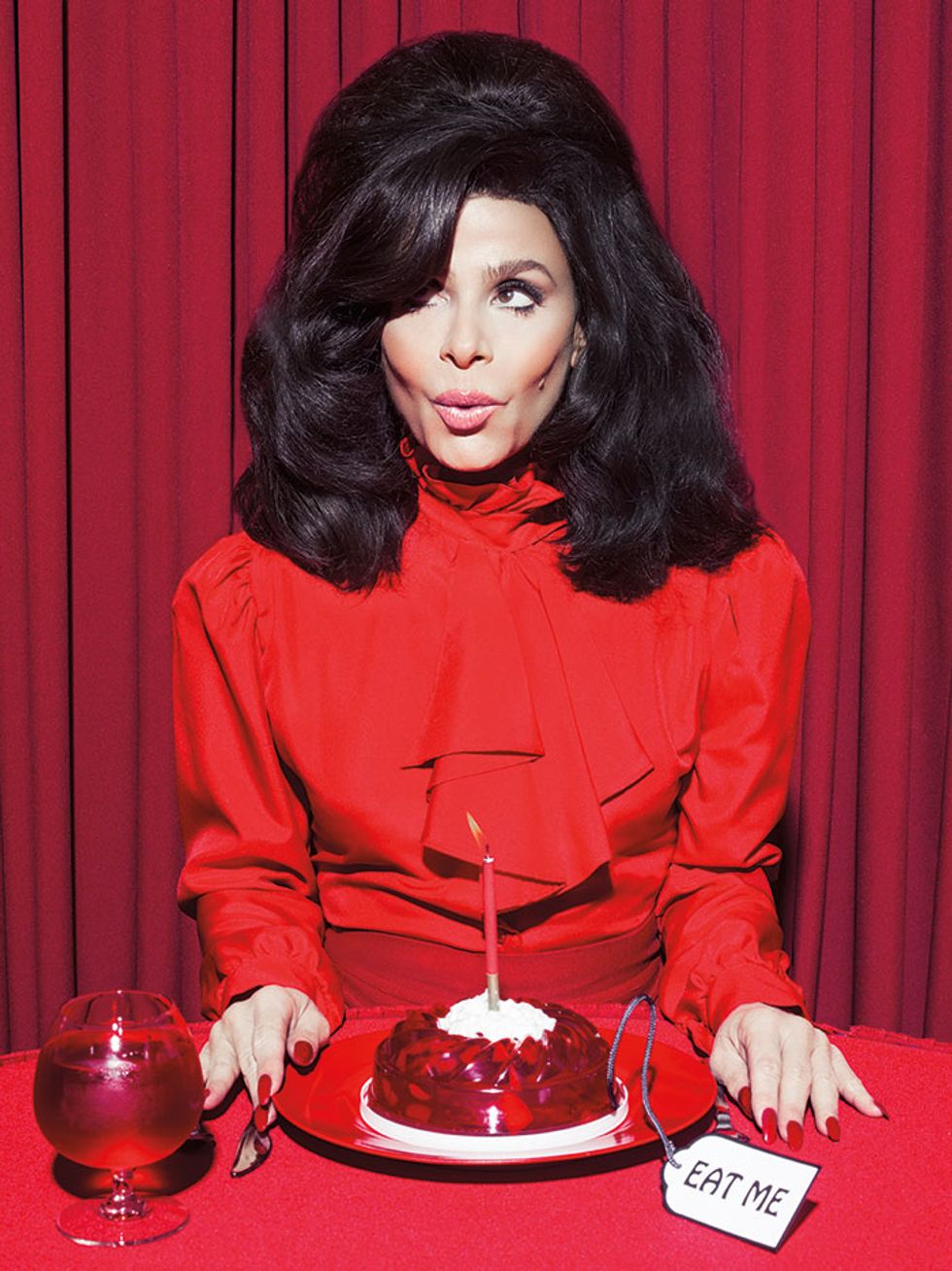 Paula Abdul on the Inspirations For Her Most Iconic Music Videos

by Maura Johnston / photo by Vijat Mohindra
PAPERMAG
Paula Abdul's run at the top of the charts doubled as a crash course in dance for anyone watching at home. In the '80s, Abdul went from Laker Girl to choreographing for the likes of Janet Jackson (she won a Video Music Award for her work on the "Nasty" clip) and then took her turn in front of the camera when she became a pop star in her own right.

With each video, Abdul showed off a different facet of her dance knowledge, from the intricate tap routine she performed at the outset of the "Straight Up" video to the Bob Fosse-inspired routine she led in "Cold Hearted." "I was giving history lessons! I introduced Gene Kelly and Bob Fosse to the MTV generation," she recalls.

Abdul, who judged the most recent season of Fox's So You Think You Can Dance, brought Broadway-sized spectacle to the small screen with her clips, which took advantage of her dance training and became MTV staples. "I just loved the whole process of making videos," says Abdul. "They were like mini-musicals for me."

For our Nowstalgia issue, on stands now, we asked Abdul to reflect on some of her most iconic clips.

This song had two videos, both with David Fincher behind the camera. The first was a more straightforward dance routine,while the second focused on the material comforts that were outlined in the lyrics as not being up to love's snuff. "It's funny, because [when you] look back at clothing and hair from the late '80s and early '90s you just know -- that's the hair, that's the makeup, those are the clothing styles."

This stark black-and-white clip -- also directed by Fincher, and featuring a cameo from a grinning Arsenio Hall -- came out after the sinewy track had already started ascending the Hot 100. "I was inspired by the tap greats -- Gregory Hines, the Nicholas Brothers, even Savion Glover. I'd already done so many music videos as a choreographer, and this was the one time that I was going to have a video myself. I met David Fincher, and he wanted to [shoot] the video in black and white, and I was thinking, 'I have choreographed the industry's biggest stars. Are you kidding me? I'm going to have a black-and-white video?' I wasn't sure of it, but his confidence was unbelievable, and cinematically he knew what he wanted to do. And he was right."

In both "Straight Up" and "Cold Hearted," Abdul brought a stylized version of dancewear -- character shoes, bodysuits, flared rehearsal skirts -- to MTV's fashion parade. "I wanted to be authentic to who I was, but to have a different edge, but to keep it similar to what I would wear to dance class. When I look back at the people I was inspired by -- Gene Kelly, the MGM musicals -- that's what they danced in: a stylized version of what they really [wore while rehearsing]." The steamy "Cold Hearted" video was another history lesson from Abdul. "'Cold Hearted' was about one of my greatest mentors, Bob Fosse. I took a scene from All That Jazz -- "Take Off With Us" -- but I approached it from the perspective of what his influence was on me. It still was such an important nod to Bob Fosse. I was lucky enough that he was still alive when I made that video; it was toward the end of his life. But he knew that I credited him with all my inspiration."

Abdul lobbied hard for one more single from her debut Forever Your Girl, and this one had a twist -- MC Skat Kat, an animated cat who could play off Abdul the way Jerry (of the Tom & Jerry cartoons) danced alongside Gene Kelly in the 1945 MGM musical Anchors Aweigh. Label execs were hesitant at first about releasing a seventh single from thealbum,but relented once they saw the sketch of the funky feline. "I wanted to do an homage and show my gratitude [to Gene Kelly because that's what got me into entertainment, watching Singin' in the Rain. My family always taught me to be grounded in gratitude, and that teachers were everything. And my biggest influence was Gene Kelly. And then I got to meet him! I dedicated the video to him and sent it to his agent, and two days later I got a phone call to meet him for tea. That started a friendship; he was my mentor for the last two and a half years of his life. He was an incredible teacher. We would just talk and talk -- he would ask me questions about my choices in my videos. He was such a pioneer and visionary who changed the way dance is shot."

Abdul time-warped to the '50s and the era of Rebel Without a Cause for the first single from her second album, Spellbound, wearing a high ponytail and a cardigan at the clip's outset and a filmy white dress for its re-creation of the film's climactic drag-race scene. "I was a huge James Dean fan and a huge Natalie Wood fan. As a kid, we'd watch Rebel Without a Cause, and cinematically, I loved the look and feel of it. 'Rush Rush' was a very important song for me; it was the lead single off my second album. And I wanted [the video] to have that beautiful, cinematic quality. I knew I wanted Keanu [Reeves]; he had just done Bill & Ted's Excellent Adventure, and Dangerous Liaisons was about to come out. It was a fun time. I remember I was excited to meet him, and I knocked on the door to his trailer -- it was cracked open, but he didn't answer. I pushed the door a little bit, and he was air-guitaring. It was the funniest thing ever."

Paula wears a Yves Saint Laurent vintage blouse from The Way We Wore.
You May Also Like
Care