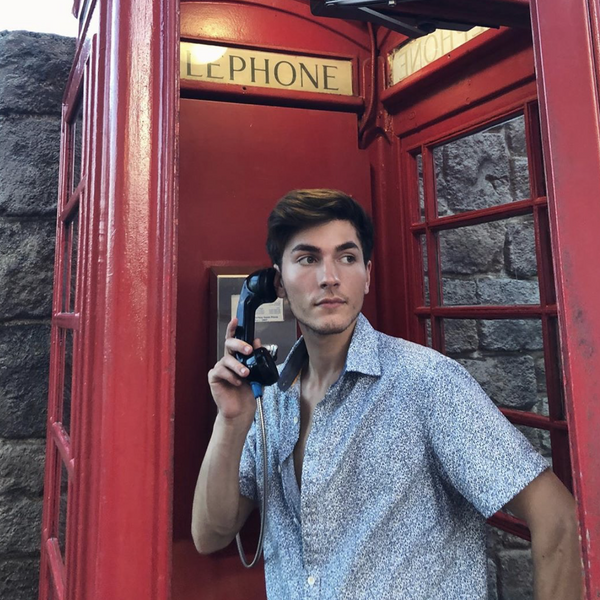 An influencer named Paul Zimmer is being accused of trying to scam his millions of followers into following an up-and-coming teen actor named "Troy Becker" — who many believe is actually just Zimmer.

Zimmer, who's believed to be 24, originally rose to prominence on the TikTok-owned Musical.ly app where he posted videos of himself dancing and flashing his abs for his 7 million followers. However, according to The New Statesman, he went dark in 2017 after it came to light that he had been getting "gifts" from followers in exchange for things like personal videos, which he did not deliver on — an incident that sparked the #BanPaulZimmer tag.

That said, this past October, Zimmer appeared to return to Instagram with a bizarre announcement about Becker, who he said "literally looks like a younger sexier version of me." And though it appears as if Becker's account has since been taken down, as the publication reports, it initially had only a few followers and a post in which the actor said he was blessed to be filming my TV show."

In a later post, Zimmer went on to say that he would be leaving social media. But what caught people's attention was the announcement that he would be "giving" all of his accounts — and by extension, his millions of followers — to Becker.

But why? "He is one of the dopest people I know and he is literally my younger twin my much younger twin," Zimmer wrote. "I believe Troy is 15 or 16 years old hahaha …"

Hey it’s Paul Zimmer, this is prolly gonna be my last social post ever. I must say that I am very grateful for social media and I have had such a fun time using all these different social platforms and having the opportunity to entertain millions of people for many years 🙏🏼 with this being said I have come to a place in my life where being in the spotlight and being an entertainer is no longer my passion... although it deeply saddens me to leave so bluntly, especially that so many of you have watched me for so many years.... I didn’t wanna leave my social media pages just sitting to die... soo I have decided to give my social media accounts to @troybeckerig because he is one of the dopest people I know and he is literally my younger twin😂 my much younger twin I believe Troy is 15 or 16 years old hahaha😂 I know that @troybeckerig is busy filming his TV show and a movie but I hope he spends some time on here to bring joy to y’all! Thank you all so much for supporting me, I am sending all of my love to each and everyone of you ❤️

Granted, it didn't take long for his fans to question the strange move and posit that Zimmer was just trying to rebrand himself as an actor via some shady, underhanded scamming.

As one Zimmer fan named Haylo Hayley said in a video, "If you listen to [Troy's voice] it sounds exactly the same as Paul Zimmer." Not only that, but another YouTuber named Danny Gonzalez also ended up finding photos of Becker on the Instagram of acting school the Heller Approach about four months before Zimmer's reemergence.

Additionally, cached versions of Becker's empty IMDb page from October 2019 list "Paul Zimmer" as Becker's "nickname" and previously contained the trivia tidbit that "Troy Becker is an alter ego of Paul Zimmer of musical.ly fame" — though these things could've been added by fans, as noted by The New Statesman.

Regardless, according to the publication, there are now over 10,000 comments on Zimmer/Becker's recent TikToks criticizing the apparent rebrand, with people saying things such as "Paul it's really creepy you're pretending to be 16" and "nobody is falling for it."

That said, it also appears as if Zimmer/Becker is not ready to cop to the scam, as Becker is still posting TikToks about his weird "resemblance" to Zimmer. Either way, check out one of his videos, below.