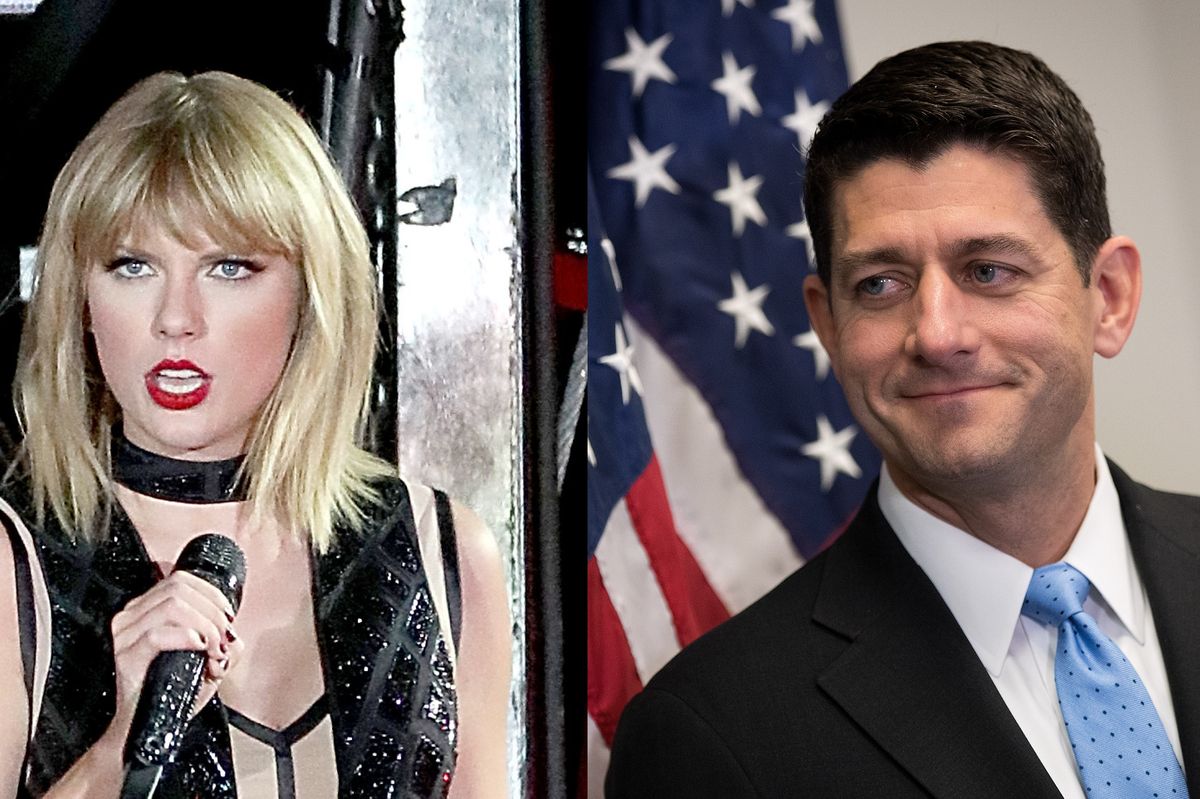 Paul Ryan Tried To Make A Taylor Swift Meme And Twitter Dragged Him To Hell: Enjoy!

If you're currently experiencing grinding existential dread about the Republican Party's relentless efforts to murder us by stripping us of healthcare, getting us nuked, letting the earth die or just straight up allowing the 1% to imprison us in human zoos, here's a little tiny moment of catharsis for you. Paul Ryan is getting owned so hard on Twitter right now. Why? Because in addition to his inability to explain the Graham-Cassidy bill, Paul Ryan can't properly execute a Taylor Swift meme to save his fucking life.

Get it? T.Swift is the new Bangles! The Bangles are bad!

SMDH. Look what he made us do:

@SpeakerRyan My kid's diaper has been changed since yesterday. It's time to change Speakers, and for the same reason.
— Prototype Atheist (@Prototype Atheist)1506097468.0

@SpeakerRyan This is officially the most white Republican thing I’ve ever seen
— POTUS (@POTUS)1506097443.0

@SpeakerRyan Paul Ryan trying to use #memes to push his terrible tax reform policy and this is all I can think of:… https://t.co/zzbQbbwjdp
— Flog Post (@Flog Post)1506097460.0

@SpeakerRyan You haven't changed ur haircut since your Munster days. Start with that.
— onequietnight (@onequietnight)1506102973.0

And on and on it goes. We seriously recommend you take some time smirking over this thread before you call your representatives today.