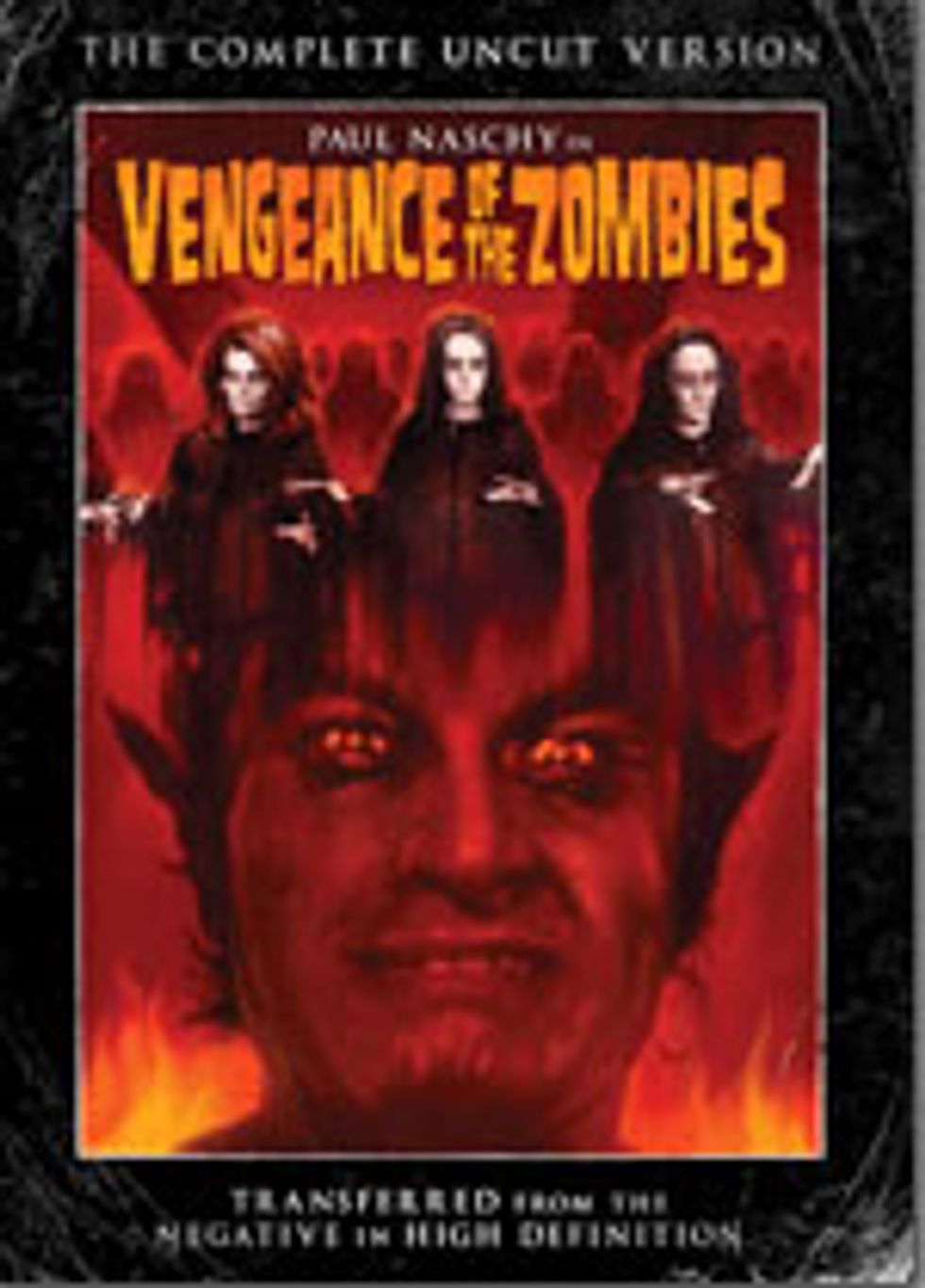 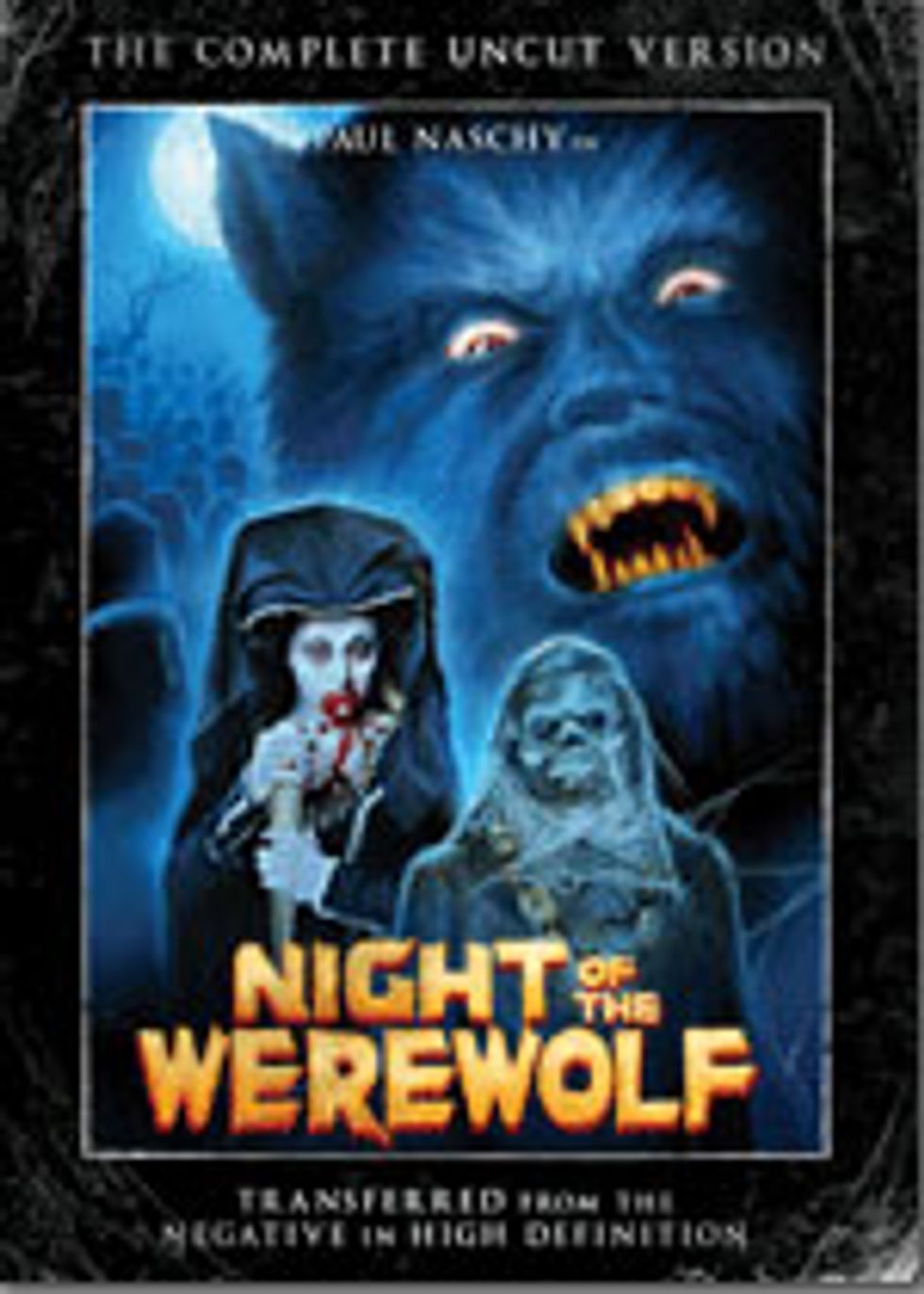 Arriving on May 8th are two DVDs on www.bcieclipse.com of Euro-cult legend Paul Naschy. Naschy, actor, writer and director, was the Lon Chaney Jr. of Spain, and starred in a series of Universal-like films where he played a wolfman and then countless other gothic chillers. The two DVDs are Night of the Werewolf, a 1980 film where Naschy stars as Waldermar Daninsky, who rises from the grave to fight vampires and worry about the full moon when he turns to a bloodthirsty monster. In the other, Vengeance of the Zombies (1972), he plays three roles including a Hindu healer and Satan. It's a gory shocker about voodoo and living dead hellbent on revenge. Both are remastered and look stunning with extensive still and photo galleries and are a lot of fun.