Recently I had the opportunity to see an advanced screening of Jack Bryan's new documentary Life After Dark: The Story of Siberia Bar. I was there, of course, because I -- along with best friend and partner in crime, Alexa Greenstadt -- star in the film as some of the many Siberia staples who are interviewed and filmed-in-action throughout.

"Siberia was the last stronghold of the New York bohemia," says director, Bryan, of the now deceased dive. I never saw the original bar, which owner, Tracy Westmoreland (who once worked at Studio 54), opened in 1996. All I remember (or barely remember!!) is the freakshow carnival that resided on 40th and 9th, where I, along with Jack, Alexa, and the rest of our crew use to run to when Bungalow (and then Beatrice) would close at four in the morning.

Cuties that can be seen in rare form throughout the film? Jules Kirby, Alexa Greenstadt, Charlotte Bocly, George Gurley, Moises de la Renta, Peter Smith, Kate Ryan, Austin Bryan and, of course, the Host with the most, Tracy.

The screening was sponsored by Kipton Cronkite's KiptonArt and took place at the members-only SoHo House. Others at the screening included Sean Glass, actress Byrdie Bell, Nick Mele and writer Anisha Lakhani.

I had the pleasure of speaking with both Jack and Kipton after the screening. Here's what they had to say for themselves:

Paul Johnson-Calderon: How and when did you become acquainted with Sibera?
Jack Bryan: I started going in late 2003 when my brother, George, brought me there. I didn't know what it was, but it was unlike anything I'd ever seen
before. I didn't know what it was called and forgot the address so it was a few weeks before I was able to find my way back, but when I did I became an instant regular.

PJ-C: Of all the various Siberia characters, which you display in wide
variety in your film, who are some of your absolute favorites?
JB: Well Tracy, the owner, is a real character and one of my real reasons for starting the film. I like them all for different reasons: some are more informative some are more shocking, but the interview that cracks me up every time I see the movie is Guy Cimbalo's, a writer whose first novel is coming out later this year. But really I was lucky because everyone in the film is both insightful and hilarious which made my life a lot easier.

PJ-C: When did you begin filming the documentary?
JB: In November of 2006 I left the bar at about 6 a.m. with my buddy, Nick Mele, to put him in a cab and he asked me what the story of the bar was. I told him and when I reached the curb I off handedly said it would make a good documentary. He agreed and a week later I was filming and he was co-producing it.

PJ-C: Everyone I spoke with after the screening told me how much they loved it. How did you feel about the success of the two SoHo House screenings?
JB: I can't possibly explain how good that felt. I had been with the film for a year and a half and before that night and I was so close to it that I had no idea if it would go over at all. My associate producer, Anna-Karin Edelbrock, and post supervisor, Sean Glass, and I were working on it until hours before the screening, and still are in fact, so that was the first time we saw that cut all the way through.

PJ-C: How were the "bootleg" screenings and where were they screened?
JB: They were a lot of fun. It was more after-party then screenings which made for an interesting dynamic. Half the party had seen it and most of them were on one side of the room and half hadn't and they were all crouched on my assistant editor's floor watching it projected onto a sheet.

PJ-C: How do you know Jack Bryan, and what drew you to his documentary?
Kipton Cronkite: I met Jack through mutual friends, here in New York. I suppose I was attracted to Siberia for nostalgic reasons. Jack's documentary is a cross-section of late â80s/early â90s urban culture. At that time, there was a sort of self-gratifying anarchy penetrating the night world -- a feeling of social chaos. The documentary is really a reflection of the dramatic shift in popular culture over the last generation. I thought it would be an interesting (and fun) piece to show for the political and cultural references.

PJ-C: Briefly describe KiptonArt's mission; what it seeks to accomplish.
KC: KiptonART is an art consultancy I started back in 2002 in an effort to support emerging artists who are trying to gain recognition in the mainstream art market. On a continual basis, we represent these artistsâ work on the buying/selling front, organize exclusive events for them in private venues and exhibit their talents online. Fine arts is really the marrow of the company, but now weÂ¹re really beginning to broaden our view and include other creative forms -- film, music, design, fashion. Weâre launching a music series this summer, which is really exciting.

PJ-C: What did you think of the documentary and what are your thoughts on the success of the screenings?
KC: The personal commentaries were downright hilarious. I laughed out loud many times! In hindsight, IÂ¹m thrilled we had so many people come out to support Jack and KiptonART. Siberia marked our third film event in six months, creating a solid foundation for more of these intimate screening events.

PJ-C: What was your favorite part of the movie?
KC: Most of the anecdotes in the film were really colorful and funny, but I have to say George Gurleyâs stories and wry sense of humor took the cake for me.

Afterwards, a bunch of us headed to The Beatrice Inn for an impromptu, unofficial after-party for the successful screening. 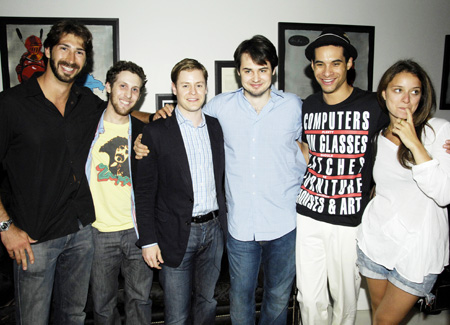 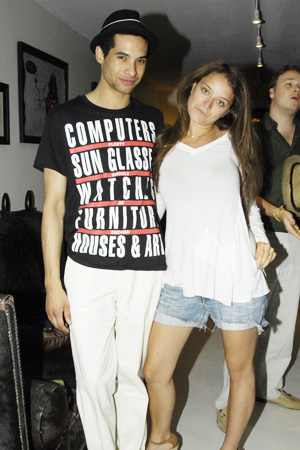 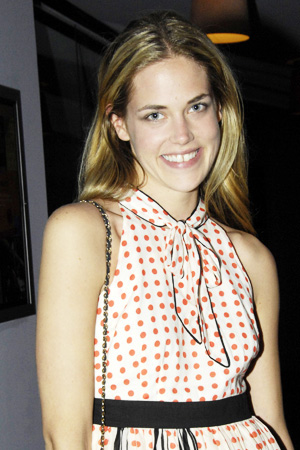 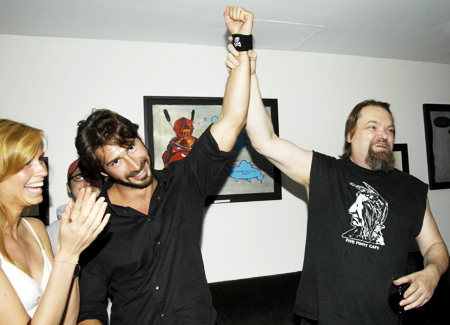