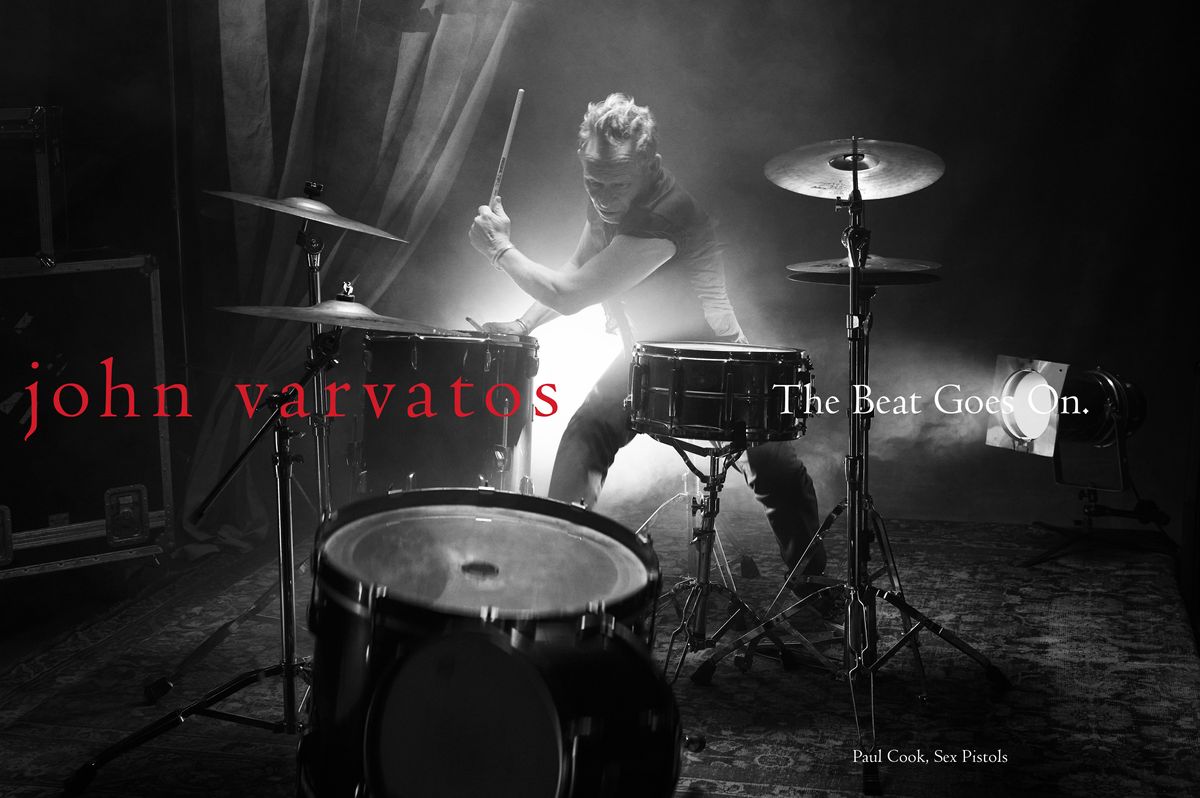 John Varvatos' namesake fashion line is heavily influenced by rock 'n' roll music, so it's only fitting that Sex Pistols drummer Paul Cook is the chosen musician to star in its latest campaign. (Past musical acts include Badflower and KISS.)

The New York-based brand, which has collaborated with everyone from Led Zeppelin to Nick Jonas, released its Winter 2020 campaign today featuring Cook playing his drum set in front of an American flag before destroying it entirely.

Titled "The Beat Goes On," ("Even when the world's venues are shuttered, the music never stops," reads the brand statement), the drummer is seen performing wearing John Varvatos' new collection in the 45-second clip, which you can see below.