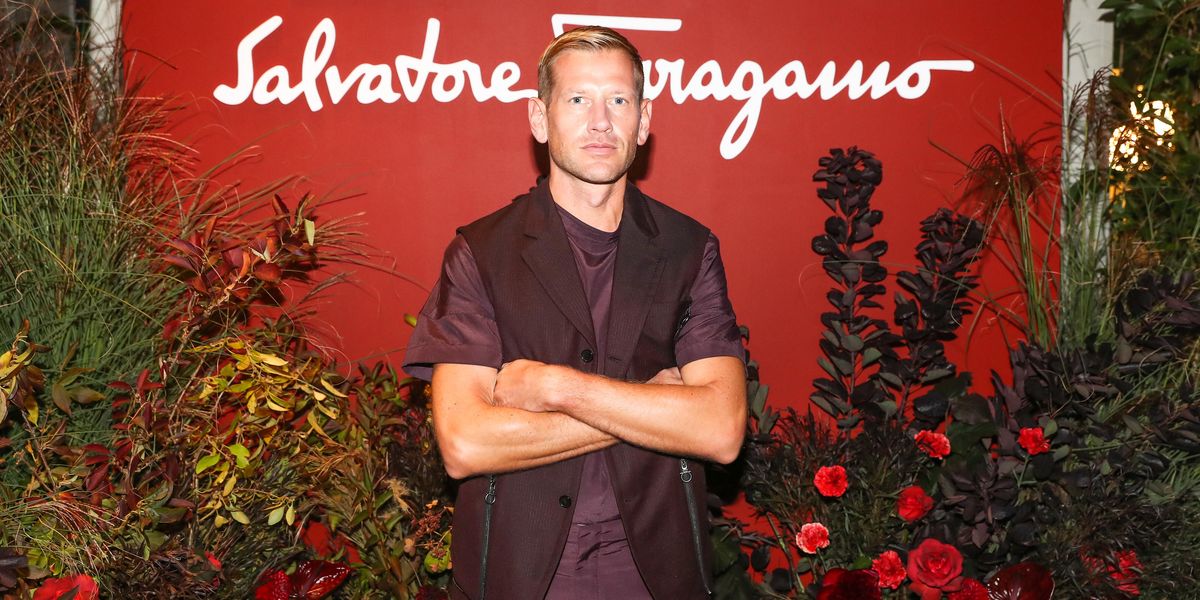 "I have been profoundly inspired by the intelligence and technical mastery of Salvatore Ferragamo, a man whose genius built the company that today bears his name. It has been an honour to forward and give new life to his design legacy and ground-breaking innovation. I will always be grateful for this opportunity, proud of the work we have accomplished and encouraged to continue to create with integrity and conviction."

The latest creative director shakeup in the fashion world is coming by way of Salvatore Ferragamo, who is reportedly parting ways with designer Paul Andrew some time in the next couple of weeks.

According to Business of Fashion, Andrew is set to exit the Italian fashion label after the completion of his Pre-Spring 2022 (aka Resort) collection in early May. The designer joined the company in 2016 as creative director of women's footwear and was promoted to creatively oversee all product categories three years later. Though based in Florence, the brand was a fixture on the Milan Fashion Week schedule.

The company, which has not released a statement on the matter, may not be naming a successor anytime soon, according to BoF's report. Andrew, who discontinued his CFDA/Vogue Fashion Fund-award-winning namesake shoe label two years ago, is also reportedly not heading to another brand.

Andrew's last runway show for Ferragamo was a sci-fi virtual affair complete with CGI technology and references to films like The Matrix. Throughout his tenure, Andrew introduced several key accessories like the Viva series while updating the brand's Italian archives and building a more modern ready-to-wear identity. His next move could not immediately be learned.