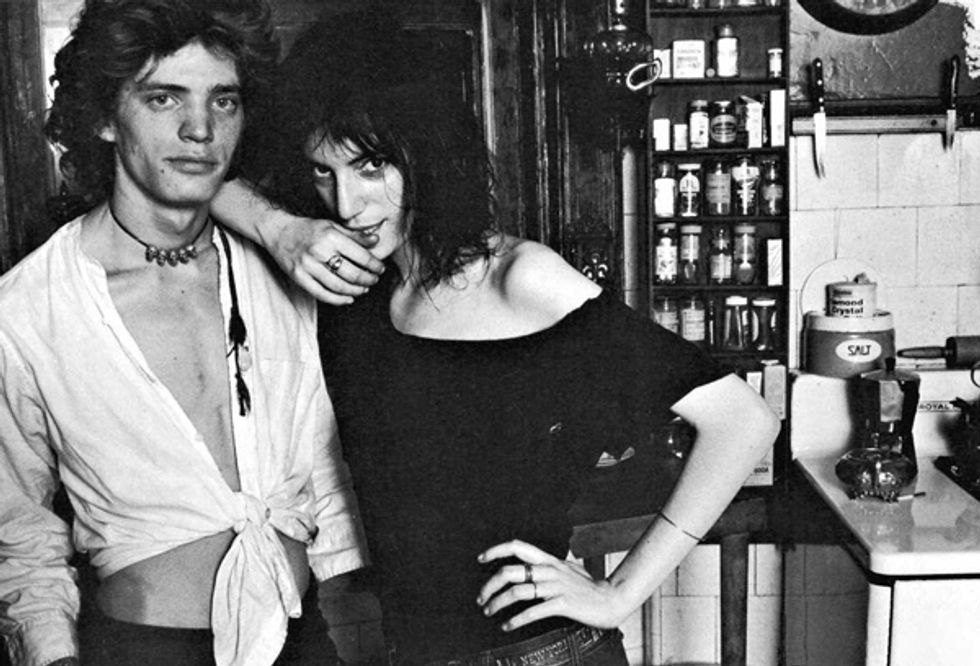 by Elizabeth Thompson
PAPERMAG
Just Kids, Patti Smith's gorgeous 2010 memoir about her relationship with Robert Mapplethorpe is heading to television.

Showtime announced today that Smith would be adapting the National Book Award-winning tale of their fortuitous meeting as starving artists in 1960s New York City and their following three decades together as friends, lovers and creative partners, into a limited series.

Smith will be a showrunner on the series and is co-writing the script with Penny Dreadful creator John Logan. From the sounds of it, the series will stray slightly from the book.

In a statement Smith said, "A limited series on Showtime will allow us to explore the characters more deeply, enabling us to develop stories beyond the book and allow a measure of unorthodox presentation. The medium of a television limited series offers narrative freedom and a chance to expand upon the themes of the book."

Meanwhile, the prolific Smith has another memoir, M Train, due in October.

Everything's coming up Patti, y'all.
You May Also Like
Famous People