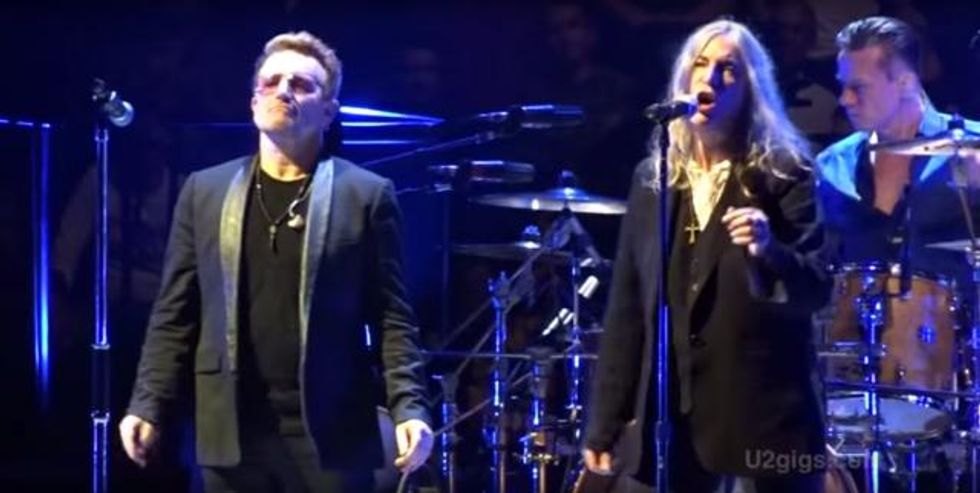 Watch Patti Smith Perform With U2 in Paris

It has been a long time since anyone has used the words "U2" and "cool" in a sentence together (at least in a complimentary manner). But when Patti Smith is willing to join you as a guest during your show, it's hard to believe you're anything else. During their show in Paris this weekend, Smith hopped on stage with the Irish supergroup for two songs as a tribute to the victims of the November terrorist attacks that killed 130. Smith and U2 collaborated on two of her originals, "Gloria," from her album Horses and "People Have the Power," from Dream of Life, during the show's encore.

Earlier in the weekend in the City of Light, Smith performed "People Have the Power" with Thom Yorke and Flea at the Pathway to Paris benefit concerts for climate change.

Watch the stirring clips below.