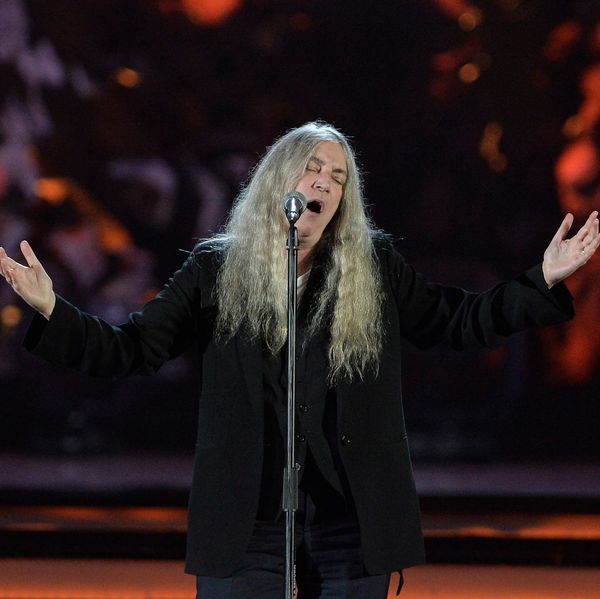 The movie will document Patti and her band's 2015 Horses tour, which celebrated the 40th anniversary of her historic debut album of the same name.

Horses: Patti Smith and her Band is directed by Steven Sebring, who earned an Emmy nomination for another documentary he mad about the musician, Patti Smith: Dream of LIfe. Jimmy Iovine (8 Mile) is serving as executive producer.

Much of the documentary footage was shot at the Wiltern Theater in Los Angeles, during the final show of Smith's anniversary tour in early 2016. The movie will premiere at the Tribeca Film Festival on April 23.

The screening at Tribeca will precede a live performance from Smith and her band at the Beacon Theater in New York City.