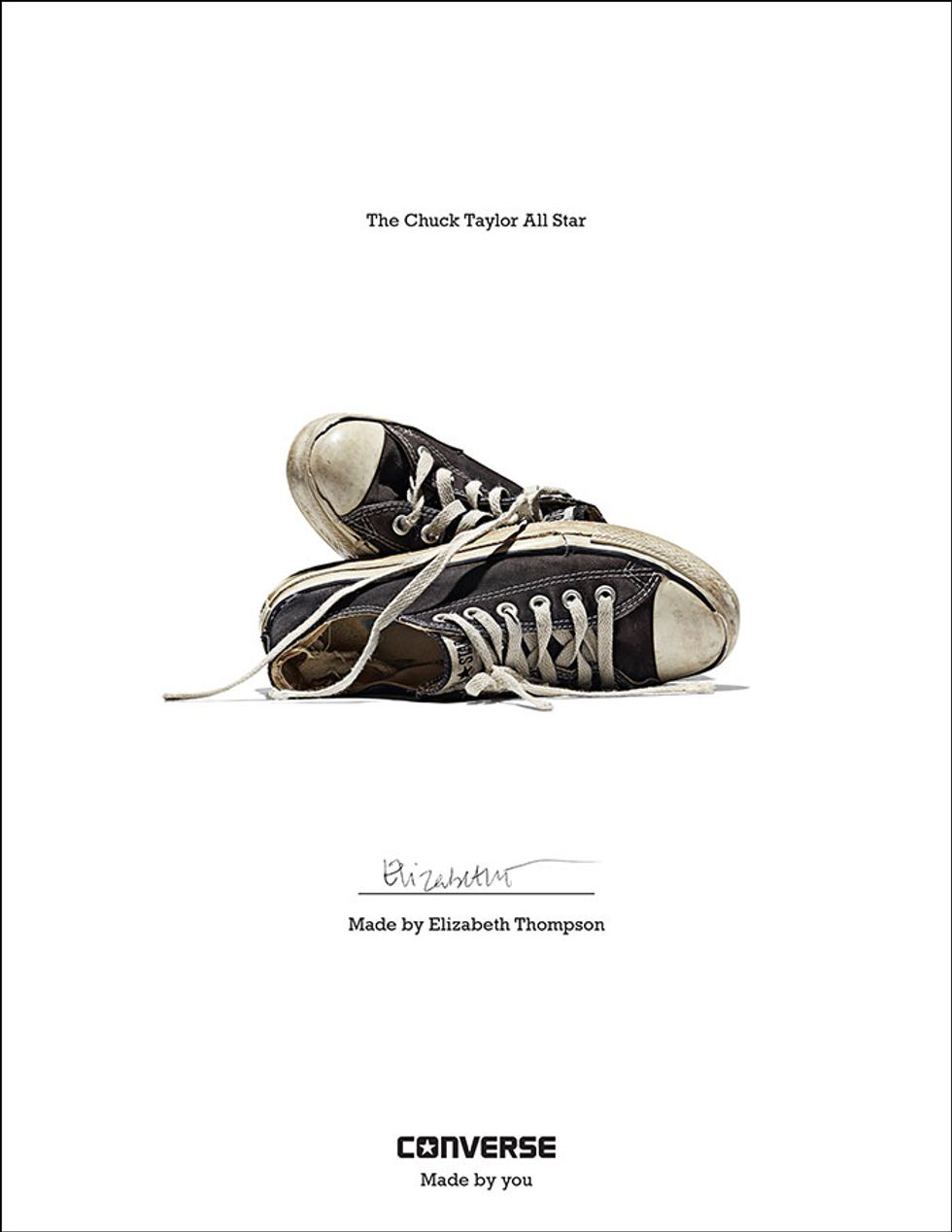 Patti Smith, Andy Warhol and PAPER Show Off Their Chucks

By PAPERMAG
PAPERMAG
"My Chucks probably smell worse than others. I know that's gross, but I literally wear them every day. Do I need help?" -- Elizabeth Thompson on how her Chucks are different from others
We teamed up with our friends at Converse to celebrate their "Made By You" global campaign that shows off some well-worn, well-loved and well-customized pairs of Chucks from over 200 creatives including Patti Smith and Andy Warhol.

PAPER's Elizabeth Thompson, Abby Schreiber and Michelle Lindsay got in on the action, submitting their own pairs that have accompanied them everywhere from the launch of our Kim Kardashian #BreakTheInternet story (Elizabeth) to the hospital delivery room (Michelle).

Take a cue from Patti Smith and the PAPER crew and share your own pair of chucks on social media using #Converse and #MadeByYou.

"They're my sketchpad -- and my source of relief after a night out wearing uncomfortable shoes." -- Abby Schreiber on what makes her Chucks different
"I wore them to the hospital when I was going into labor. I wasn't wearing them when I actually gave birth to my son but they were right by my bed." -- Michelle Lindsay on the craziest thing her Chucks have experienced

"My Chucks are different because they were made from the heart by me. When I was in elementary school I used to scribble the name of the boy I was infatuated with at the time on my shoes. Now I'm married to a handsome man who rocks a mustache so I had "I love Robert" with a mustached added to my Chucks." -- Michelle Lindsay on what makes her Chucks different
You May Also Like
Music