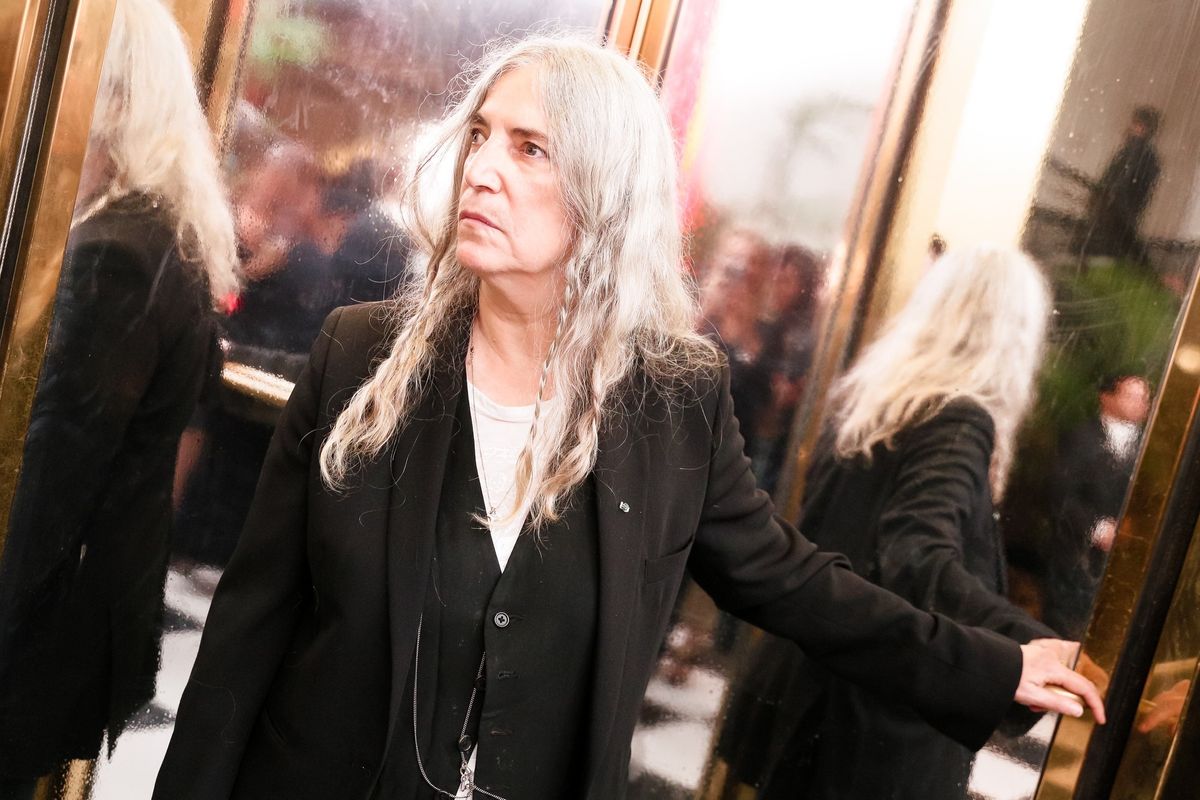 Punk goddess Patti Smith accepted Bob Dylan's Nobel Prize in Literature on behalf of the absent songwriter last night in Stockholm. But during a performance of Dylan's "A Hard Rain's A-Gonna Fall," Smith got so nervous she forgot the lyrics to the second verse.

The audience clapped her on as the music stopped and she began the song again. As the televison commentor said, "even a superstar like Patti Smith can get a bit nervous in an occasion such as this."

Smith rallied, delivering the song in its entirety on the second try. There were reportedly a bunch of tears and it was a soulful flourish on an otherwise somber occasion. You can watch the whole performance below.

Bob Dylan did not journey to Stockholm to accept the prize himself since he's apparently still trying to shirk fame. He is the first musician in the history of the Nobel Prize to win the award for literature. The Swedish Academy honored him "for having created new poetic expressions within the great American song tradition."