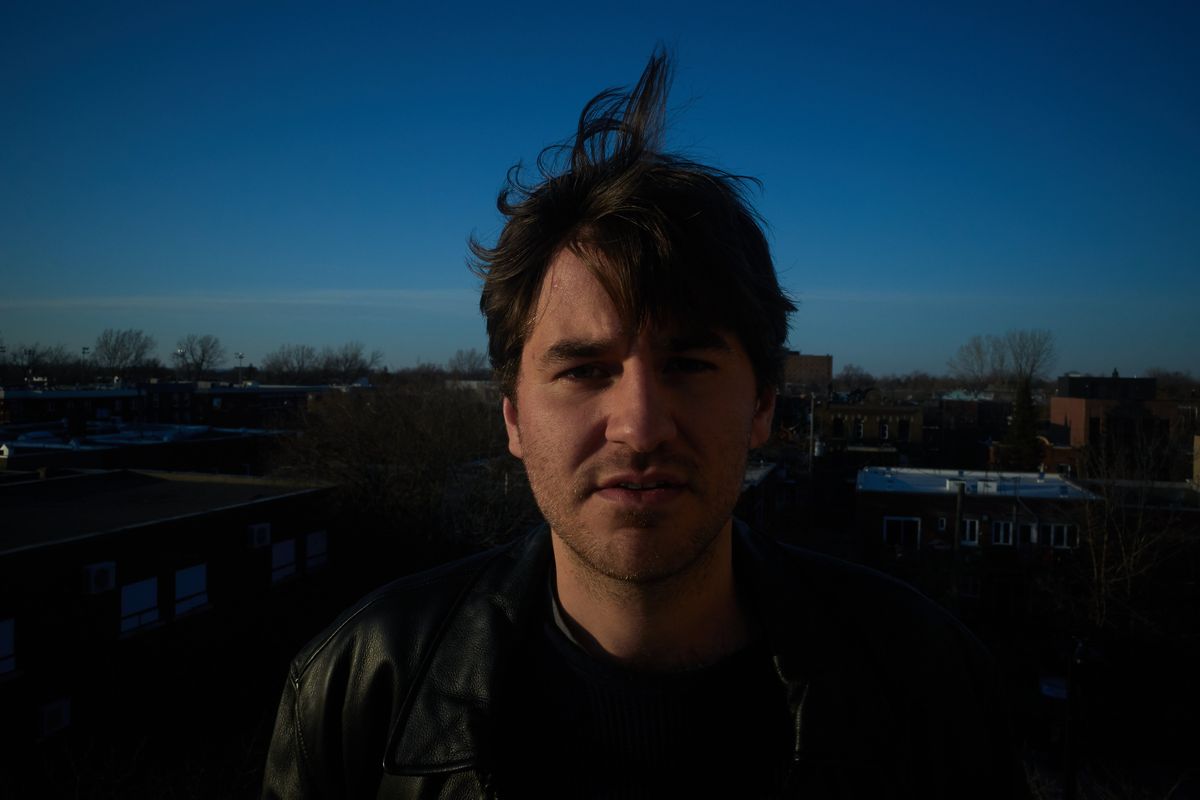 This Is the Perfect House Music for Life at Home

Thanks to the ongoing pandemic, Zoom parties and URL raves have quickly become the new normal. With some projecting that live music won't be able to return until at least fall of 2021, it seems all the more likely that it is going to stay that way for quite some time. Coming to terms with this new reality, the question then becomes how DJs and producers adapt to an audience experiencing music primarily through a pair of headphones, sitting in a office chair at home. What possibilities could this more intimate way of consuming music open up? What new sounds or genres could arise in this new landscape?

Patrick Holland has been mulling over this question well before quarantine orders started go into effect around the world. Formerly known as Project Pablo, Holland came up alongside the likes of Jacques Greene and Marie Davidson in Montreal's underground club scene. He made waves in lo-fi house circles with artists such as DJ Seinfeld and Mall Grab, steadily establishing himself as an indie-dance mainstay over the past seven years.

Having made the shift to releasing music under his given name at the beginning of the year, Holland is back today with his first new EP, Simstim, out on his own label Verdicchio Music Publishing. Inspired by William Gibson's cult classic sci-fi novel, Neuromancer, Simstim offers up a cerebral take on a borderline psychedelic trip like a contemporary take on the spaced out work of Ray Lynch. Each track feels like it's made up of a fine mesh of synth lines intricately woven together, incredibly delicate yet teaming with life as bubbling drums keep things in a constant state of flux.

There is an introverted quality to Simstim that lends itself well to a more intimate listening setting. The focus is placed less on the high impact effects of a drop and more so on carrying the listener along on a subtle, emotional journey. Songs gently ebb and flow, as sections swell and fade into one another — less ambient and more atmospheric. Holland still concerns himself with movement on Simstim, but with less of an emphasis on bodies packing a dancefloor and more so on activating the space around the listener in new, exciting ways. It's a bold direction for the producer, but one that happens to hold a lot of potential for a future shaped by isolation.

Ahead of the release of Simstim, PAPER caught up with Patrick Holland to dive into the inspirations behind the EP, why he recently changed his name and what he's been listening to while in quarantine.

This is your first EP under your given name. Why the shift away from Project Pablo?

I've wanted to go by my name, for music-related stuff, for a while now. It has always felt a little odd and impersonal using a moniker when rolling solo on projects, but I continued to do it cause I thought that was the rule. I like that people know my name, and can call me by my first name when we first meet. When referred to by my moniker, I feel distant from social scenarios immediately and it's difficult to engage when on tour. Removing a barrier of entry feels right at this point. Touring and releasing music can quickly dip into formal/dispassionate territory, but if everyone calls you by your name it feels much more friendly, intimate and vulnerable.

Was there a particular moment that ended up ultimately being the deciding factor?

Kicking it off at the top of the year just felt right, especially when I've focused heavily on self-releasing my output for the last 2 years. Having full control of my release schedule made the switch possible.

How has that, if at all, changed your approach to producing music?

I've been veering away from making tracks to making songs, while not being concerned about sticking to dance music. I still love making tracks with the club in mind, but it hasn't been my focus when in the studio for the last year.

What were some of the influences behind this EP?

I made this record last fall, and at the time was reading a lot of dry/dark theory about the state of the world. In hopes to change the direction, I dove into Gibson's universe through Neuromancer. It was an accelerated take on the non-fiction I was reading, which hit hard. Maelcum, a rastafarian pilot in the book, has dub music on constant rotation on his spaceship, Marcus Garvey. On many occasions, the lead, Case, is physically affected by the dub. "Dub wakes Case the next morning" is my favorite line. Maelcum even uses the music to revive Case from an AI-induced coma. Using music in this grounded way is what I loved about it. When finishing the record, I aimed to make it sound like a continuous mix in one room. I stretched the song structures and phrases to be more meditative, and did single passes on each track dubbing out the effects live. It's as close as I can get to making it sound like it's playing on a spaceship.

What would you say is the ideal environment to experience Simstim?

At 8 AM, after a long night with close friends, outdoors in the forest in the summertime, which feels more like an imaginary scenario at this point. A real scenario would be listening on headphones laying on the kitchen floor — currently my favorite way to listen.

Given that everyone is pretty much confined to their homes, how do you think that new reality will change the way we consume dance music?

It'll get more creative and less mainstream I'd hope. Making music for the club circuit panders to the masses more than the niche. I hope people are still making high energy music, but with more twisted structures and sounds. Cause if everyone just started making ambient or mellow records that'd be so boring. In terms of consumption, seeing the rise in Bandcamp sales through their 0% revenue share days, along with communities like buymusic.club and Club Quarantine has been exciting. I hope it's all a step in the right direction in building a stronger digital community as dance music is forced to remain online, instead of in clubs.

What does creating house music for a home listener mean to you?

Making music based on physical emotion rather than cerebral. The sound palette/design is as important, if not more important, than the notation. It's a fun balancing act trying to make something repetitive and simple subtly develop over 7+ minutes, and still be captivating enough to listen at home. I find it to be more of a challenge, rather than making something that'd just work in the club.

What's currently been on your quarantine rotation?

What kind of future or path forward do you see for Patrick Holland?

More vocal-led music, in an album format, featuring instruments and structures I haven't released on a record before. Along with a lot more collaboration outside of the dance music sphere.