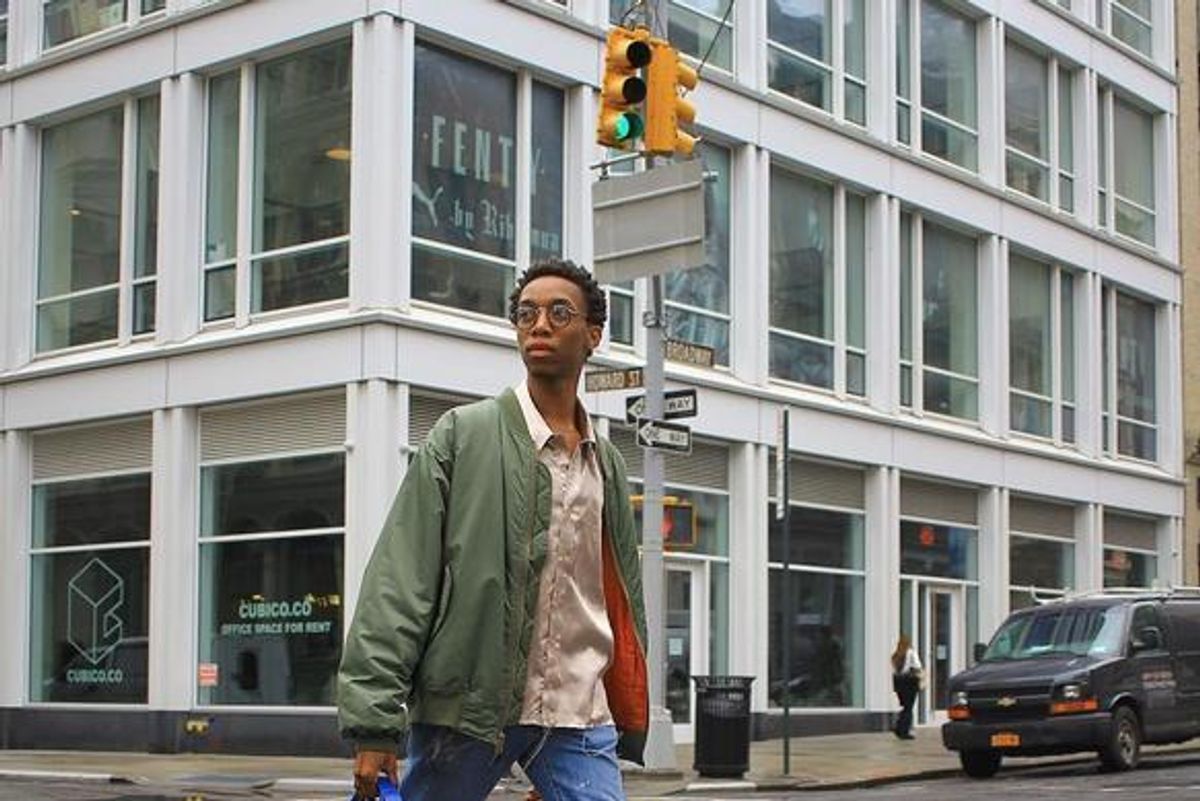 As a queer man of color, Parker expresses his identity through blending his Vines and Instagrams with a delightfully surrealist humor, lissome ballet prowess and street-chic fashion sense.

Often times, Parker will morph into his bob wig-wearing alter ego, "Parklynn," a demigod who twerks, shakes, scrubs, and takes the subway, all without breaking their glorious, somewhat demented smile.


Not surprisingly, his completely unique take on the medium has garnered a dedicated fan base, including celebrities like Kylie Jenner, Amandla Stenberg, and Justine Skye. Being a favorite among the young social media royalty, Parker has become a sought-after presence at fashion shows, including Opening Ceremony and Kanye's Yeezy x Adidas, where he was invited to post from.


Regardless of his meteoric Internet fame, the Texas native is remarkably grounded--focused on his studies at Manhattan's Joffery School of Ballet, and in no rush to cement his notoriety into any one outlet.

For our social media star month of May, we caught up with Parker and talked about the difference between his online and IRL personas, dealing with recognition, and the navigating the extreme whiteness of the Vine-star world.

How did you get into the Internet in the first place?
I was definitely lonely in high school, and I wasn't out, so I held onto the Internet as a friend. Senior year, though, I stopped caring what people thought. It was like, 'This is me, if they don't like it, I'm never going to see these people again after I graduate.' I finally accepted that I was gay, and that confidence started translating into the content was creating on the Internet; there was no facade anymore, and people at my school and on the Internet started noticing.

You mentioned that you were in Toronto recently shooting a webseries. Is acting something you're wanting to get into?

I'm not really focused on one thing, I know whatever is going to happen, that will be the next thing. If it's acting, it'll be acting, Fashion, singing—I really don't know. I think a lot of times, it's hard for an Internet personality to break into acting, because they're already known for a specific schtick. Right now, as I'm still building a platform, and I'm not known as well as some of these people, I think it'd be easier for me to move through different characters; I can mold myself into whatever.

You've carved out such an effortlessly loud voice on your social media accounts. Would you say this persona is an extension of you in real life?


It's just me blown up—very exaggerated. I'm actually very reserved in real life—a lot more so than the version that exists on social media. And I'd never want that to spill over into real life; I keep things separate.

You have to have an off switch.

I've definitely found that switch, and I think it's because I do stuff outside of the Internet, with school, and dance. My teachers keep me very grounded, and remind me that school is the priority.

I think it's put everything in perspective—all this Internet business isn't going to last forever, and I am aware of that every day.

So you focus on the long-term picture?

How have things changed in the past year or so, with you becoming such a well-known fixture on the Internet?


I feel like I've stayed the same, but people around me change. At school, everyone knows what I'm doing on social media, and they always want to bring it up; I want to just have a normal conversation.

People stop me to ask for a photo a lot, which I love to do, but sometimes I'll hear someone yell, "That's that gay dude from Vine!" when I'm walking down the street. Between social media and real life, there's an invisible wall; people don't see it there, so when they recognize me, they forget I'm real, and not just this face behind their phone screens.

You are such a stand-out in this very hetero and white-washed world of Vine stars. Do you ever feel alienated by it?

I've met all the big people from Vine, and honestly, it felt like some of them were a little intimidated and put off by me. I've always experienced racism in that community. You have some of these Vine boys who are famous for literally being white and cute. It's hard being a black person on social media in general, but I just feel proud I've come this far by just doing my own thing.

How do you combat that racism through your art?


Lately I've been consciously trying to push my black self into the spotlight more; I want people to know I'm not trying to fit into the "Vine famous" norm; I have my black culture that I want to help feature more in the social media world.