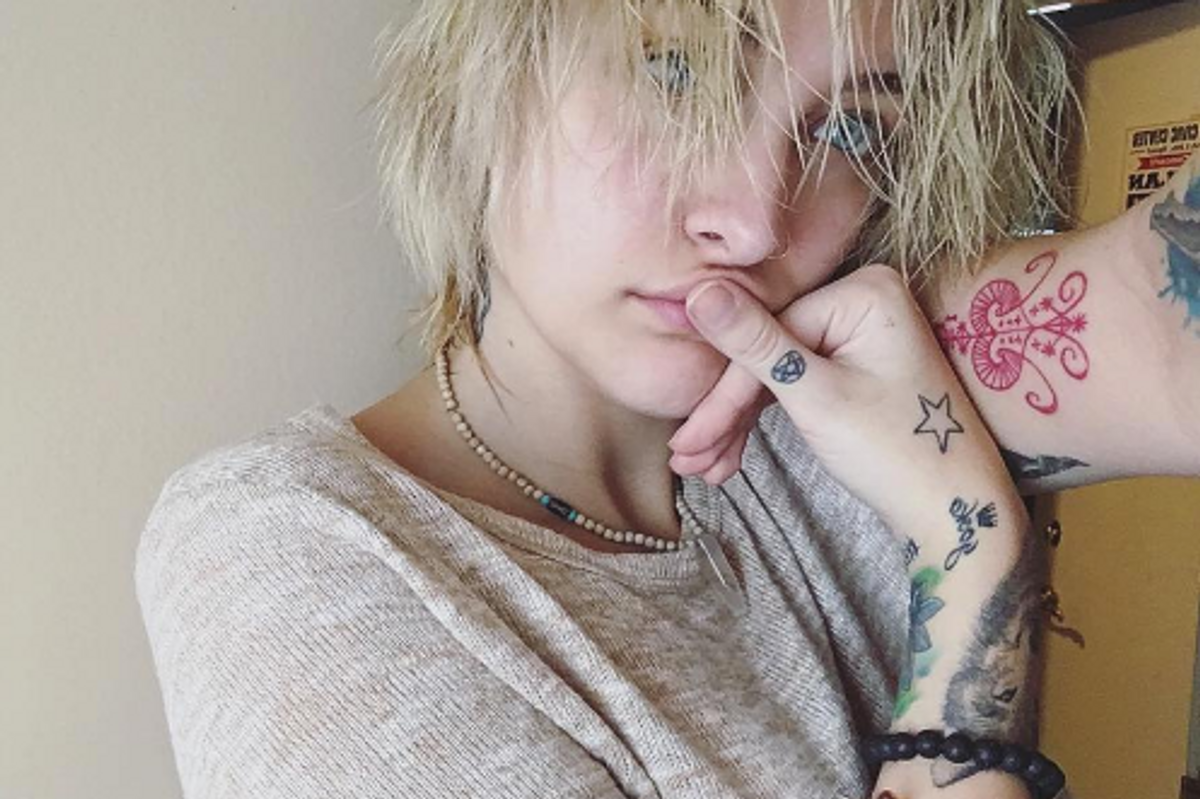 Paris Jackson, the 18-year-old daughter of the late music industry icon Michael Jackson, is on the cover of April's issue of Harper's Bazaar and the accompanying cover story provides significant insight into what it means to navigate your own world as the child of one of America's most celebrated celebrities.

Amongst the tales about the young ingenue's obsession with music from the '70s (oddly enough, decades before she was born), why she was driven to tears when paparazzi chased her through LAX after a trip to Paris, and how the death of her father at such a young age (she was only 11) caused her to attempt suicide multiple times throughout her own teenage years, the middle Jackson child spoke about what it was like growing up as a child when Michael Jackson was still alive.

Mentioning that Michael Jackson's unceasing overprotective nature resulted in her not leaving the house much, Paris said, "When I was a kid, I was with my dad and my two brothers. Growing up, I was treated as the favorite because I was the only girl. I was the princess; I was perfect in my dad's eyes."

It would seem that being the perfect princess to Michael Jackson would imbue any child with loads of self-confidence, but it wasn't that way for Paris. Instead, the IMG-signed model says she "didn't have social skills. I had to force myself to learn so fast." But, now that she's "gotten pretty good at it," we can hope to expect really big things from the star.