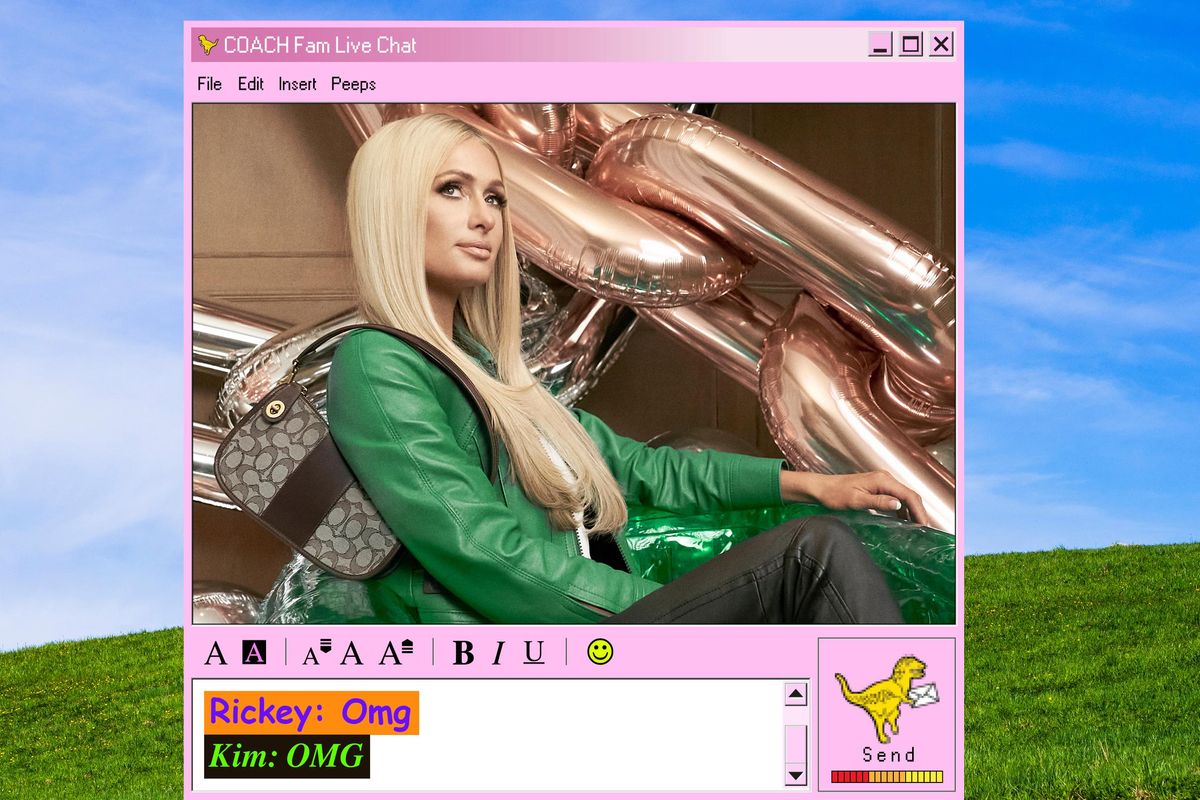 The ongoing Y2K revival isn't going anywhere it, and Coach has seemingly picked up on our fascination with early aughts style with the re-release of its Swinger bag.

Designed like a bubblegum pink AOL chat room, the Christelle de Castro-directed video begins with Thompson tossing on his Swinger before starting a chat with Hilton and Petras. While posing with their Swingers (gifted by Hilton), the cast chats about their plans to wear their new Coach bags to a party later.

Having Hilton in the campaign is a no-brainer, of course. After fronting aughts-inspired shoots for Skims earlier this year, the mogul was an obvious choice for the Swinger campaign — especially given her love of Coach in her teenage years. "I love that they're bringing it back," Hilton tells Vogue of the Swinger, adding how she loves the bag's practicality and ability to make a statement.

The newest Swinger iteration comes directly from Coach's own archives, as both a nod to the mini-bag craze of the early 2000s and an updated version of the '80s style by Lillian Cahn. And if leather isn't your thing, don't sweat it: Stuart Vevers also made nylon versions of the Swinger in navy, wine red and black. Now that's hot.