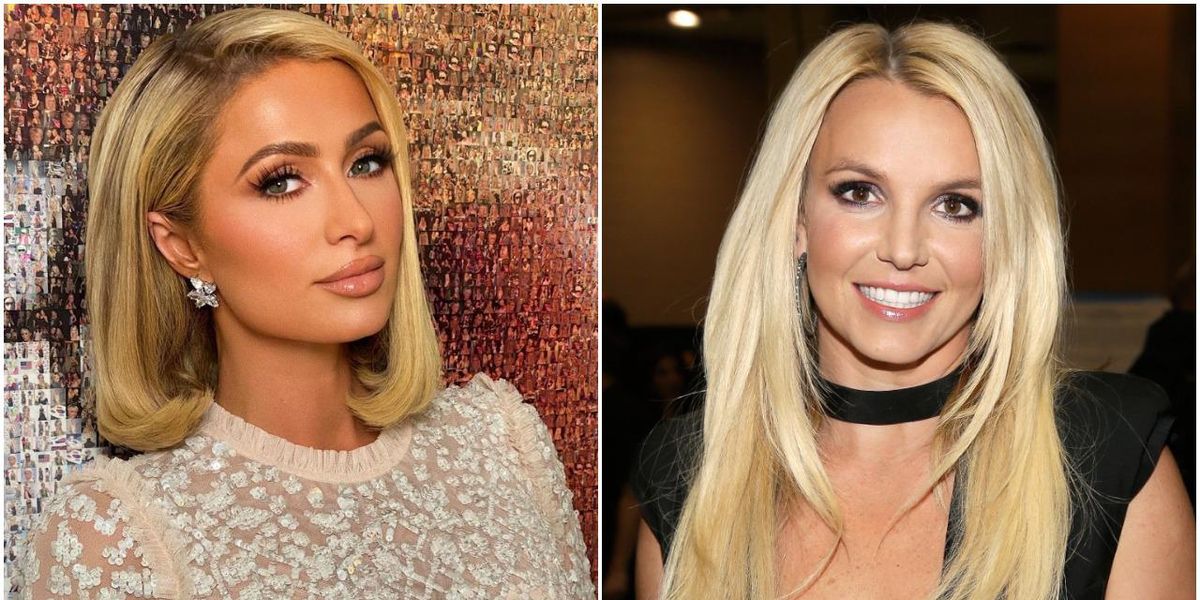 Paris Hilton is standing up for longtime friend Britney Spears.

Last month, the pop icon delivered a bombshell statement about her "abusive" conservatorship controlled by her father. At one point, Spears also explained to the court that she didn't say anything before because she didn't think she'd be believed, before referencing Hilton's recent allegations about the abuse she experienced at a Utah boarding school.

"The Paris Hilton story on what they did to her at that school. I didn't believe any of that either — I'm sorry. I'm an outsider," Spears said at the time. "And maybe I'm wrong, and that's why I didn't want to say any of this to anybody to the public. People would make fun of me or laugh at me and say, 'She's lying, she's got everything, she's Britney Spears.'"

And though her comments were initially interpreted as criticism of the socialite, Hilton is now saying that she thinks Spears' remarks weren't necessarily malicious. Rather, they were misconstrued by the media as Spears probably "didn't mean it in that way."

"She meant when she saw it, she couldn't even believe it," Hilton said during a new episode of her "This Is Paris" podcast. "What she said was, when people hear that, they're like, 'Oh, it's Britney Spears' [or] 'It's Paris Hilton. They have these perfect lives. Who is gonna believe [them]? I didn't even believe Paris — who's gonna believe me?'" And Spears' sentiment was one she understood after reading more about the way they were "treated so unfairly" by the press during the aughts.

Not only that, but Hilton then went on to say that Spears was using her case as an "example," before voicing her support for her "amazing" friend.

"Dealing with it as a teenager was hard but I can't imagine, still, as an adult, after working your entire life," she continued. "She's built a huge empire; she's a legend, she's an icon, she's a mother. She's amazing and she has these people controlling her money, her life."

In last year's This Is Paris ​documentary, Hilton recounted about the physical, mental and emotional abuse she experienced as a teenager at the Provo Canyon School. Since then, the star has been a vocal critic of the for-profit "Troubled Teen" industry, attending protests and testifying in support of the SB 127 reform bill, which prohibits youth treatment centers from discipling students with punishments like hitting, strip searches, and denying food and water.

You can listen to the entire podcast episode, here.