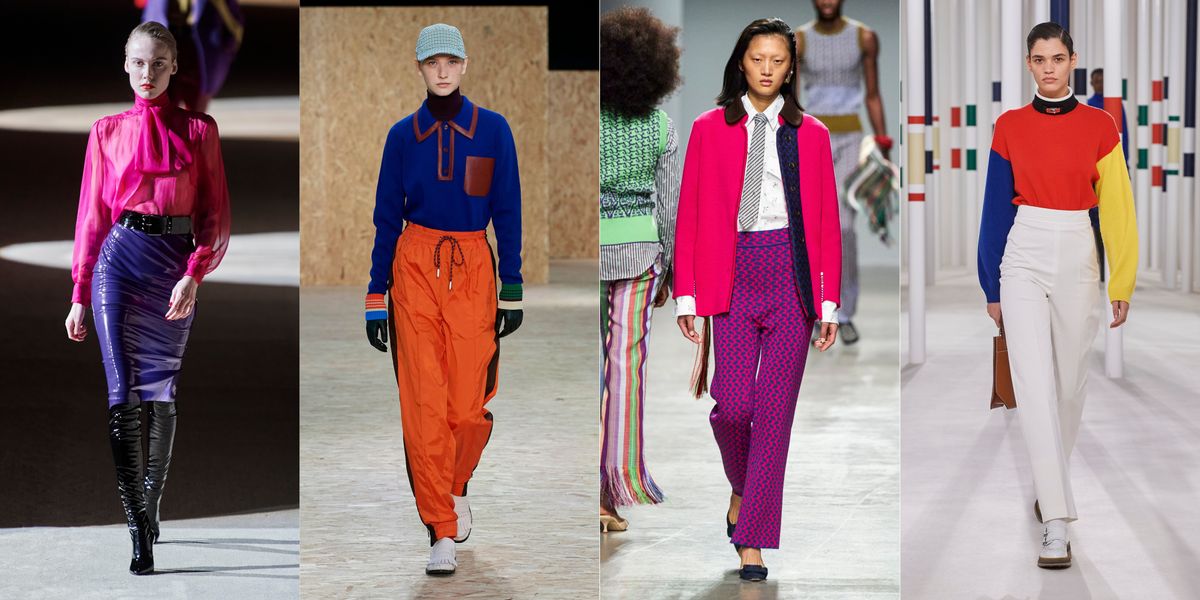 While Paris may be the most exhausting city of the fashion month calendar (it's by far the most jam-packed schedule), it's also where the biggest trends of the season emerge, in addition to a few surprises not shown much elsewhere. (Hellooo latex!) It's also season that gave us some exciting debuts like LVMH Prize finalist Kenneth Ize (who managed to get Naomi Campbell to close his show) as well as Felipe Oliveira Baptista's first collection for Kenzo. See, below, for seven of the biggest trends that emerged from the City of Lights.

Paris was a hotbed for liquid latex, with designers manipulating the slick material into everything from skin-tight leggings ala Saint Laurent to the monochromatic Balmain creations already seen on more than one Kardashian.

From the signature lampshade hats made famous by Nina Ricci to similar structured styles at Ralph & Russo, the statement hat is by far the accessory of the season. (Kenzo's floppy versions were another standout look.)

It seems last season's fixation on color blocking is not going away anytime soon, with Lacoste and Hermés utilizing the technique with vibrant, saturated hues in eye-catching combinations.

Whether the coats were roomy and boxy like Miu Miu or elongated and streamlined like Altuzarra, outerwear is not complete without a trusty belt to cinch it all in.

This season's bows are much more dainty and delicate than the giant version we're used to seeing, from Sacai's chiffon ties to Giambattista Valli's waist detail.

Poofy shoulders, a big trend at this year's Golden Globes, are back for fall with everyone from Lanvin to Vivienne Westwood experimenting with them on the runway.

Head-to-toe plaid made a graphic statement at shows like Akris and Dior, while brands like Stella McCartney opted for windowpane checks and other similar patterns.