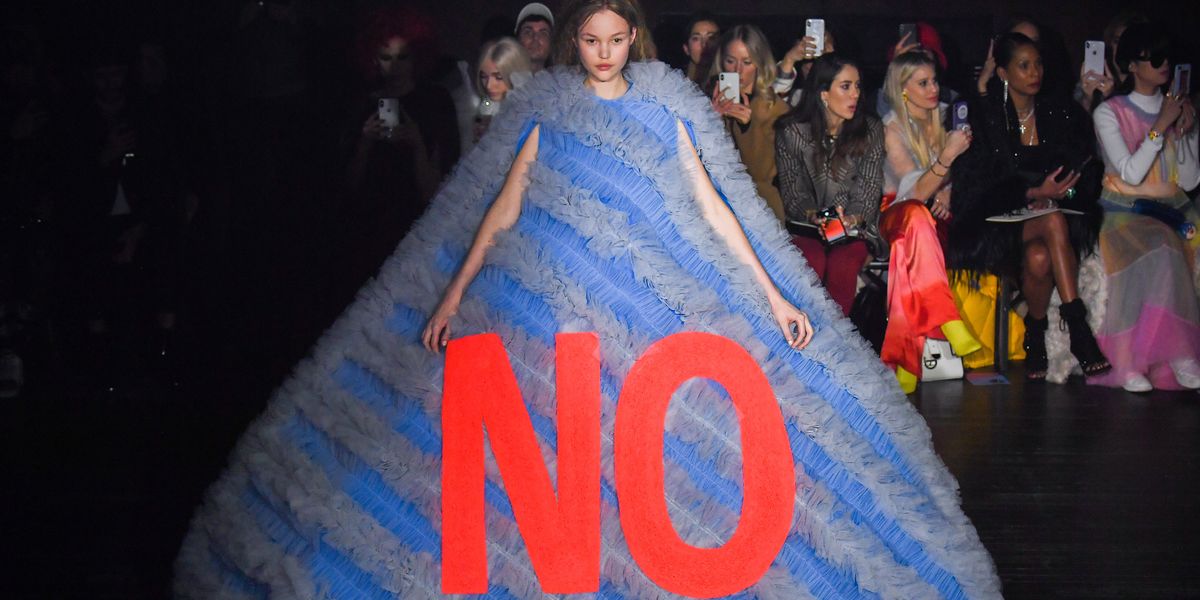 It seems that the whole pivot-to-digital thing fashion's experimenting with (to mixed results) may be short-lived. Despite digital fashion weeks still taking place next month for men's collections, physical womenswear shows in September look to be going on as planned, at least in Paris.

Related | The Internet Has Some Strong Opinions on Chanel's Cruise Collection

The Fédération de la Haute Couture et de la Mode, France's governing body of fashion, released a statement today confirming they'll be moving forward with the shows for September 28 to October 6, saying it will "comply with the recommendations of the public authorities for its implementation."

The announcement makes Paris the first of the four major fashion capitals to confirm plans for physical runway shows for Spring 2021, and it's hard not to imagine that other cities will follow. Whether these shows will have any resemblance to the large crowds, street style crashers, photographer pits and the amount of traveling from past seasons remains to be seen but is highly unlikely.

Some brands like Saint Laurent and Michael Kors, however, are still doing away with the fashion calendar this season, meaning not everyone will be onboard regardless of what fixed schedules are in place. In other words, the only rule the rest of the year seems to be that there are no rules. Effectively, it's every brand for themselves.