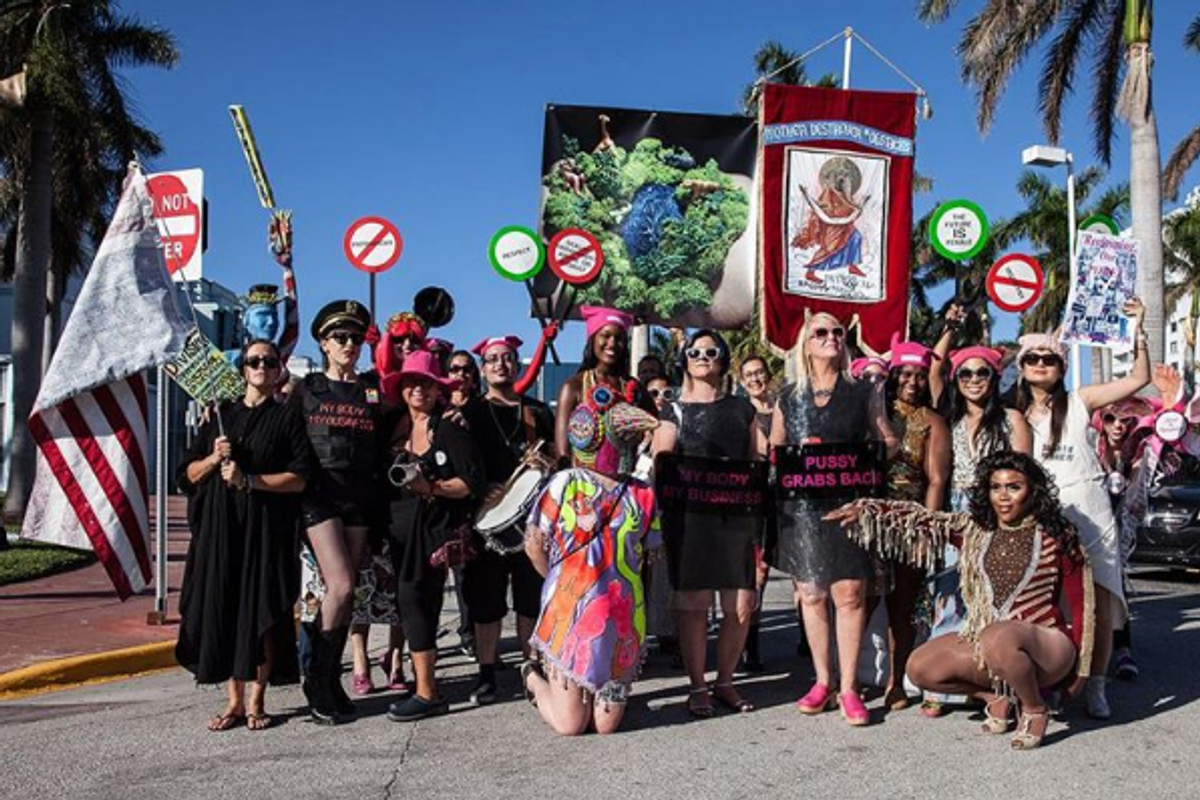 The 'Parade Against Patriarchy' Makes a Statement at Art Basel

Artist Michele Pred used the unique opportunity of one of the largest and most visible gatherings of the international art world this week — Art Basel in Miami Beach — to send a strong message about gender inequality.

Joined by a few dozen women and their allies, Pred led a group in a Parade Against Patriarchy, with a drag queen leading as grand marshall and two local majorettes twirling batons, according to artnet. Krista Suh, the creator of the Pussyhat Project, was also in attendance, bringing a numbered edition of the pink knit hats worn by women during the Women's Marches across the nation the day after Trump's inauguration. Artist Ann Lewis walked holding an American flag on which she placed false statements made by Trump during his first year in office.

"It's a horrifying project," she told artnet News. "I'm not enjoying doing it, but it's something someone has to do."

Pred told artnet News, "My work has been about feminist issues for a long time. I wanted to entice young women to embrace feminism at a time that they really weren't," adding that she was thrilled things were changing after the spate of sexual harassment and assault claims pouring out of every industry.

"It's really important to do public demonstrations and promote some thought," she added. "Some of these fairs are in poor neighborhoods where people aren't necessarily engaged in art. The Parade Against Patriarchy is a way to have art be very accessible."