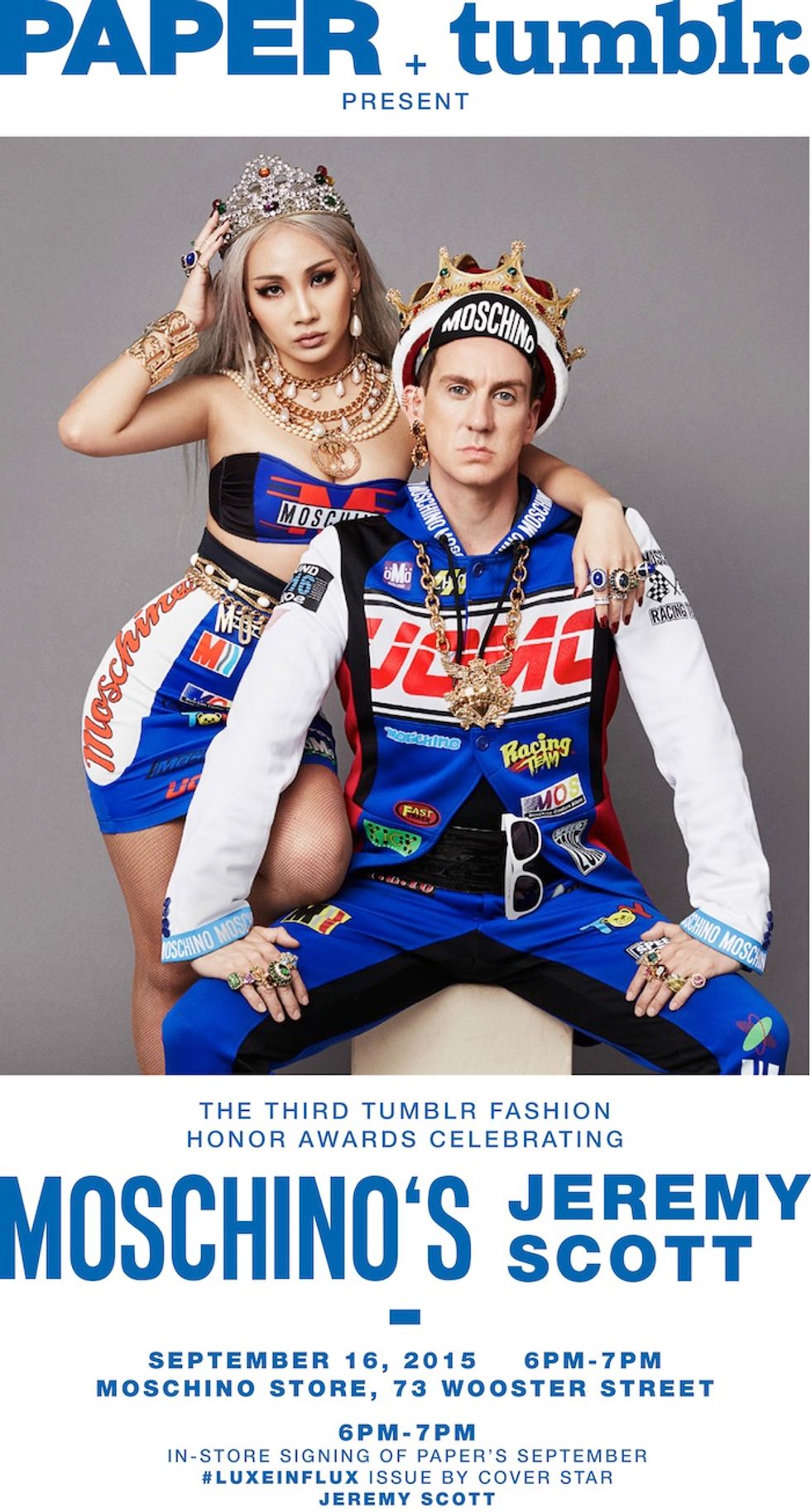 by PAPER
PAPERMAG
For almost two decades, Paper's current #LuxInFluxe cover star Jeremy Scott has been ascending the runway ranks for his wild, whimsical, pop-culture-influenced designs that, gasp, have actually put a little fun in fashion. In 2013, Scott's star reached even greater heights when he was named creative director of Moschino and the rest is Cheetos ball gown history. Throw in his recent gigs designing the MTV VMA's moon man (as well as co-hosting the VMAs pre-show) and dressing pop stars from Miley to Madonna to Katy, and everything's coming up Jeremy. Our friends at Tumblr couldn't agree more, and are presenting Scott with their third-annual Fashion Honor Award -- which celebrates designers whose work has left an indelible mark on fashion and the internet -- at the stunning Moschino flagship store this Wednesday evening.

While the first half of Paper, Tumblr and Moschino's party with Jeremy is invite only, the second half of the evening, from 6 pm -7 pm, is open to everyone and will feature Mr. Scott himself signing his epic Paper cover.

Come on by! Hang with us and Tumblr in the Moschino store, and get your NYFW on.