If there's a soundtrack to Brexit, it's Slowthai. The 24-year-old rapper (real name: Tyron Frampton) grew up on a council estate in Northhampton, UK, and takes issue with Teresa May's legacy on his grimey debut album Nothing Great About Britain. The "Slowthai" moniker was a childhood nickname — he spoke slowly, and his first name is Tyron, you do the math — but behind the mic he sounds pretty quick witted to us. He actually might be the only person across the pond making any damn sense? Catch him supporting BROCKHAMPTON on their North American tour this fall and winter. BYO tea and biscuits. — Katherine Gillespie 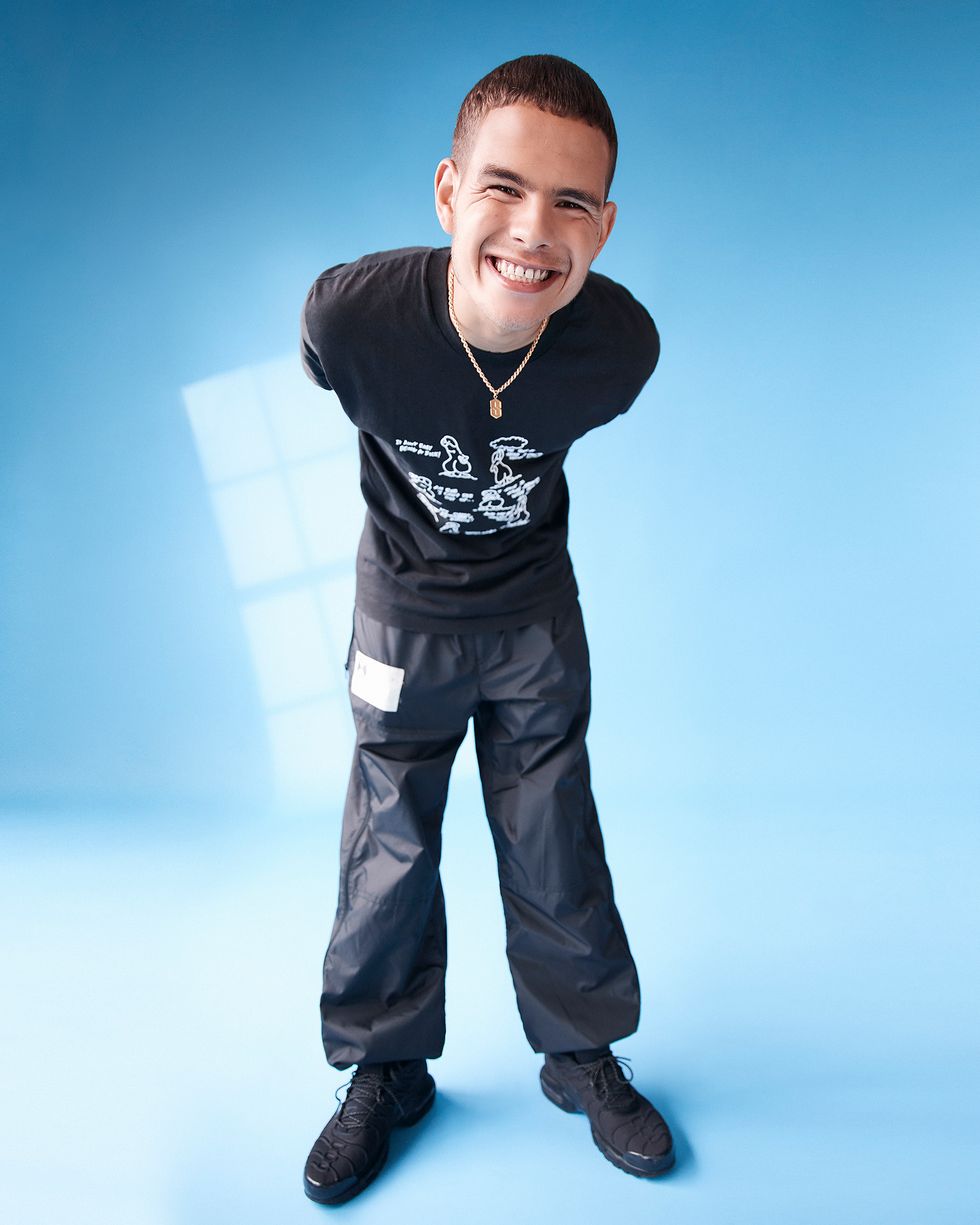 Surely the first bit they know.

I play guitar and I don't like mushrooms unless they're magic.

Any question, in my opinion mystery is better than knowing everything.

Tryna get you on my line.

Being so laid back I nearly fall over, I don't really get stressed unless I can't find socks.

I wanna be in the pit hotstepping on people foreheads.

I cry myself to sleep every night.

That there's another year to hope.

I don't regret nothing, learn from your mistakes.

The photo of Kwes in the circle of friends at Glastonbury.