Throughout the history of media representation, transgender experiences have all too often been warped through straight, cis lenses — a reflection of the people in power, and the writers and photographers who're hired to tell their stories. Lia Clay, a Brooklyn-based photographer, is successfully working to shift this standard by photographing fellow trans individuals in an honest, empathetic light. Her work has been consistently featured in publications like The New York Times, Teen Vogue and, now, PAPER, and she's been invited to shoot everyone from Janet Mock to Hillary Clinton. — Justin Moran 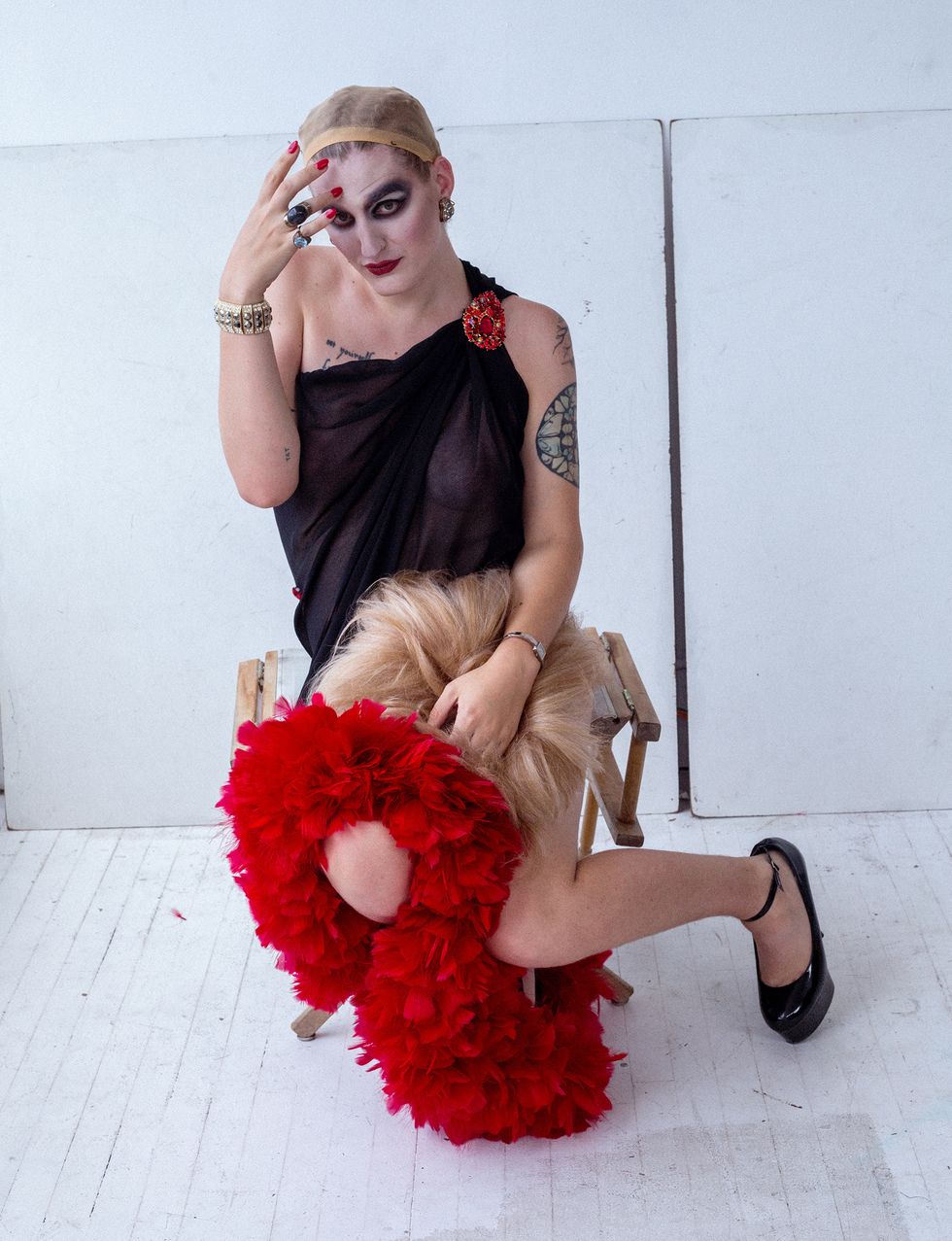 That my work is activism. It's not. I chose to portray my community, my friends, and myself. It's representation, not activism. Activism demands more. I would never pretend that what I'm doing is that.

I sent a series of sexy hippo pictures to my husband... it's an inside joke.

It took me a really long time to accept my roots and where I come from. When I show up, I think people expect this other person... maybe someone who isn't necessarily me. I think in this industry, a lot of people are afraid to let their image lose its control. I love when people can be something past that, and a little bit of the background shines through. I'm messy, I'm loud, and my aesthetic is closer to slutty suburban mom than anything else. I'm not trying to be anything that feels inauthentic to my experiences. Sometimes that throws people off guard, I think.

"How does your identity influence your work?"

My partner and I decided to get married in Vegas while we were on a six-day road trip camping out of the back of a truck through southern Utah. We were supposed to head further east, but the odometer stopped working, and over three beers and a basket of hot wings we decided to go to Vegas instead. It also turned out to be Celine Dion's last night at her Caesar's Palace residency. I'm not sure if she will ever know this, but Celine Dion wound up being our impromptu reception after.

I'm a pretty serious alien conspiracist. I've had panic attacks after going on deep dives on the internet.

Become as invisible as possible and wait until the other person realizes that I'm not there.

I make a habit to only remember the really good ones.

The work that my community continues to bring to the table, and the recognition it deserves. The ability to create noise every time a Black trans woman is murdered, and to let those fuckers know that their violence will not go unnoticed. Give my sisters the power to fight back. Make the cis men who murder us terrified.