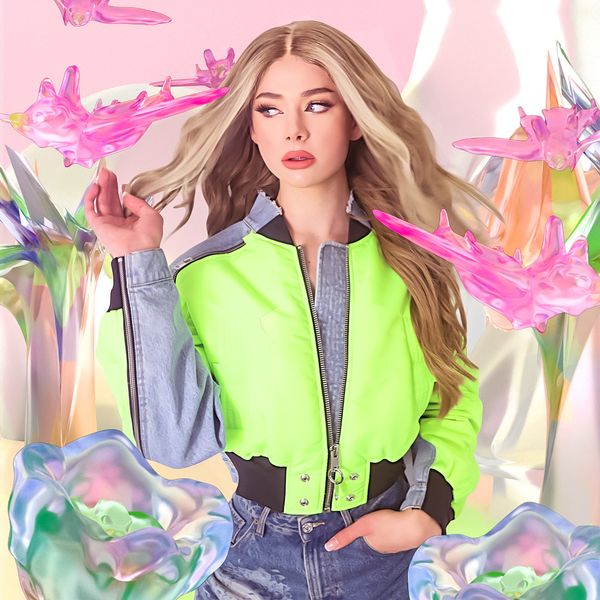 Jake Warden's glow up since his early YouTube days as a beauty guru to TikTok drag icon should inspire and motivate us all. We could watch the 18-year-old Colorado resident's seamless transitions from t-shirt and jeans to full glam on repeat forever. If you're feeling intimidated by exactly how good Warden is at makeup, don't worry, he still does tutorials! Also, can someone please send his Euphoria audition to Sam Levinson? We need this.

Introducing our class of 2020 PAPER People exclusively on TikTok💕 I can’t get over the final look @jakewarden !!!!

The pop star I relate the most is Katy Perry; I grew up listening to her and I feel like we've both been through similar experiences. Like, we both grew up in conservative households where we weren't able to be ourselves and now we're both living our best lives! One day we'll be besties!

My go-to appetizer is definitely a caesar salad! I love being a healthy queen.

The last photo on my phone is a photo of my dogs sitting at my dining table staring at me. Yes, they do sit at the table lol.

In five years from now, I would still love to be doing social media and creating content.

Keeping Up With The Kardashians! It is the best show ever made and no one can change my mind. I've definitely re-watched all 17 seasons during quarantine. It definitely kept me entertained and I will never get bored of watching them.

Sickening. I don't know why, but it's literally my favorite word and I say it WAYYYY too many times a day.

One time, I was filming a series I do on my YouTube channel where I go out in public in full drag. And as I was walking (in 7-inch heels) I tripped and fell on my face right after a guy told me how pretty I looked and everyone stared and laughed.

When I first went viral, I knew in that moment my life was going to change forever and it did.

My TikTok crush is my boyfriend @mickeynucci. He's such a hottie.

The last song I listened to was actually an unreleased Ariana Grande song called "Baby Loves" and it's actually one of my favorite songs by her.