Masculinity is one of the world's most fragile substances, and Dorian Electra isn't afraid to smash it into their head and watch it shatter into a million pieces. The genderqueer pop provocateur has been on a meteoric rise since featuring on Charli XCX's Pop 2, culminating in the release of their debut album, Flamboyant, this year. Combining campy satire with cutting edge pop production, Electra's interrogations of gender, power, and social norms ultimately reveal the absurdity that lies inherently within them. If you've ever doubted the power of pop, you clearly don't know Dorian Electra. — Matt Moen 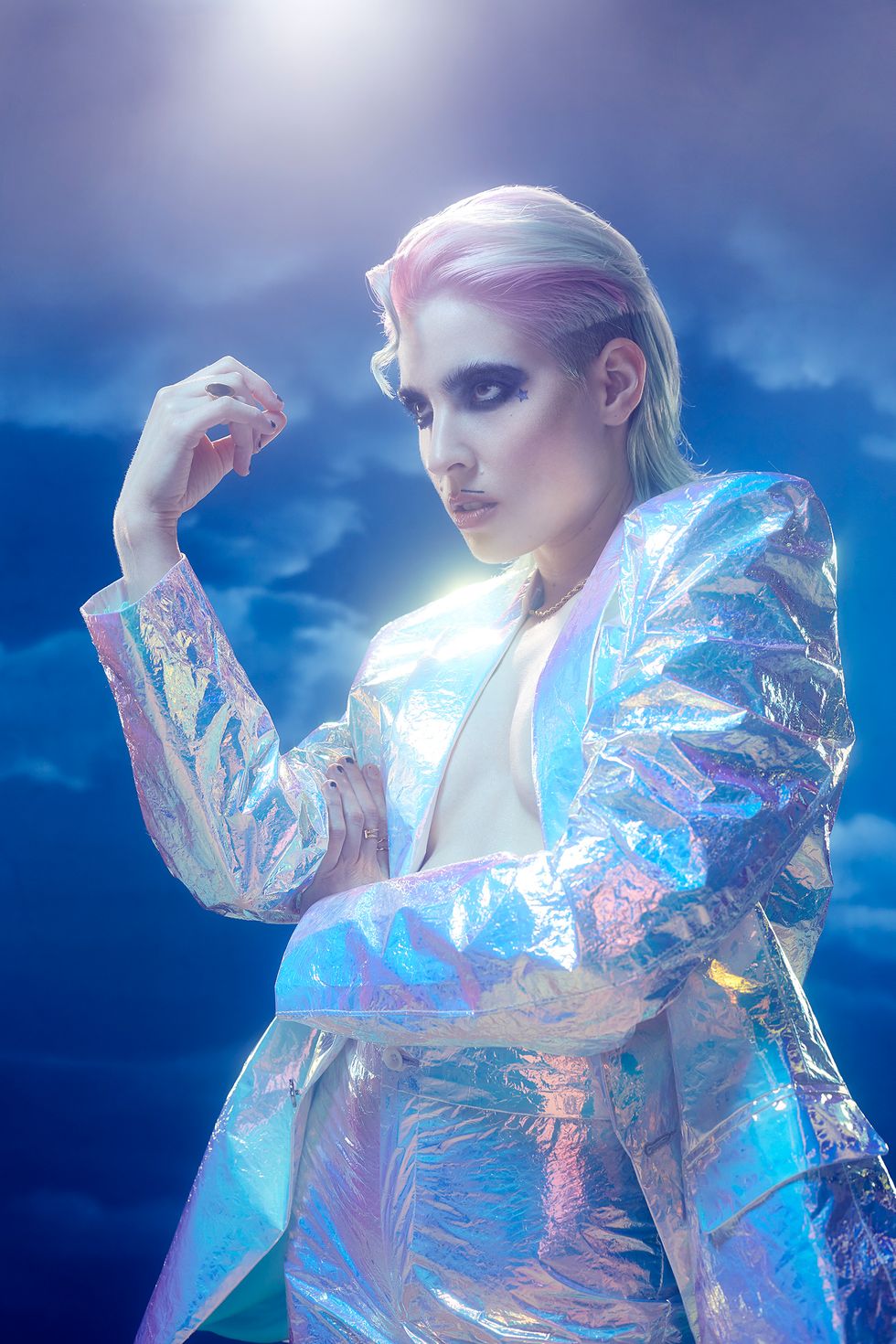 That I'm a woman.

I played a show as a used car salesman character with a full rock band singing classic rock cover songs with all of the lyrics changed to be about Buicks and Cadillacs.

Probably my age or "real" (birth) name. I actually was named Dorian Electra by my parents (who happen to be amazing people), but on principle and also as a non-binary artist I think that can be a very invasive question for queer people especially and so I generally don't like to answer it. Also I feel like asking someone their age is annoying and unimportant, and unfortunately we live in such an ageist society that it can be very scary to share your age if you're an artist over 17 years old.

Hyperextended my knee while DJing, self-releasing my first album, and booking my own tour.

Seeing so many out and proud kids and young people.

"Shake It" by Metro Station.

That I style myself for all my music videos and shows.

Fedoras. Except... that I absolutely want to see them again.