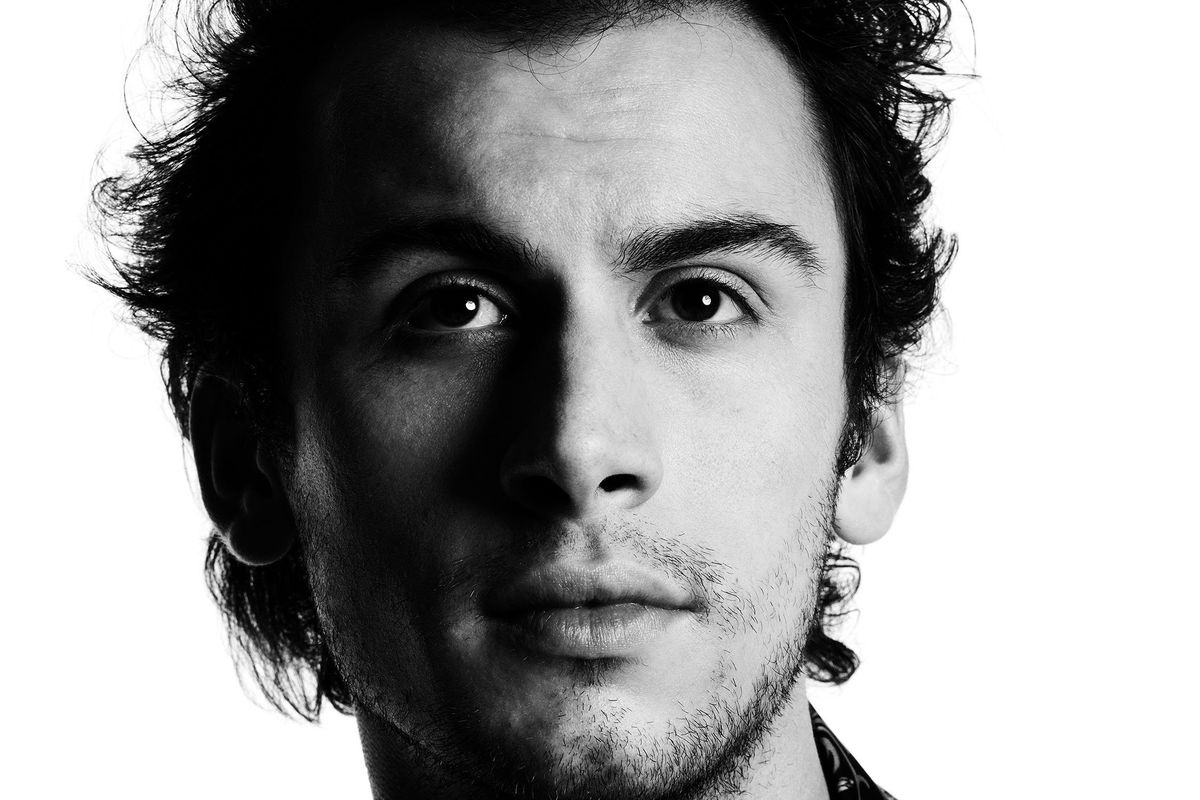 Christian Cowan's namesake label is at a critical juncture. The 23-year-old British-born, New York-based designer, whose pieces are now stocked at Chicago concept store Ikram and Jeffrey in Atlanta and Manhattan, is currently a finalist in the 2018 CFDA / Vogue Fashion Fund. Cowan's glossy, highly pigmented designs first entered the spotlight on pop sensations including Lady Gaga, Miley Cyrus, and Halsey and Cardi B famously appeared in a checkered, black-and-white mini dress and blazer by Cowan on the cover of her album Invasion of Privacy.

These celebrity endorsements coupled with Cowan's bold gestures on the runway have entranced pop culture aficionados and industry insiders alike. Sleeves made of false timepiece bracelets, glittery green marijuana motifs, and neon tube lights that outline blazer lapels read like quips aimed at sartorial self-seriousness. Informed by the pop cultural references Cowan discovered online as an adolescent, his line is an analogue expression of his digital obsessions.

In the white-washed walls of his Kips Bay studio space, Cowan sat down with PAPER to discuss the influence of the internet on his aesthetic, growing up in an Elizabethan estate outside of Cambridge, England, and the source of his contagious happiness.

You grew up in Longstowe Hall, a sprawling estate outside of Cambridge, England that dates to the reign of Elizabeth I. What was that like?

When I was ten, my parents remarried, and I suddenly had eleven siblings. My mom moved in with my step-dad so we lived in this old estate in the countryside. It's miles quieter [from New York]. My other siblings were either older and moved away or went to boarding school, so I was alone in the house.

Was school an escape from that solitude for you?

I didn't fit in at school because I was the artsy gay kid—it's that age-old story. I was an outsider, so I became a child of the Internet. I hated school so much that I wouldn't want to go to bed because that meant school would immediately follow the next morning. I would stay on my laptop till 4 AM and then wake up at 6 AM for school. I was exploring these different worlds online. I became obsessed with Alexander McQueen and when I was fourteen, Lady Gaga was really popping off. She was about to drop "Just Dance."

That fascination with the Internet and technology really shows in your Acer selfie hat collaboration and the Google Pixel denim capsule. Outside of these projects, do you think about technology and the Internet in the design process?

For sure. I design in a way that someone who has been brought up on the Internet would. It's all about grabbing attention. If I wouldn't click on it, there is no point in making it. That's just the way my brain is wired. I grew up with bright, intense digital stimulus like video games and music videos.

It's not all wild though. For fall 2018 you showed a disc sequin covered suit with a houndstooth collar and shoulders on the jacket. If the objective is to create clothes that are eye-catching, is that classic bit important?

It's a balancing act. If the textile, details, and silhouette are all mental there's no point to it. The combination isn't serving up something different. I was watching the director's cut of a sci-fi movie once and they were talking about how to design the scariest alien possible. There has to be something human about it so that the audience finds it scary. I think it's the same with fabulousness. There has to be something recognizable. The suit you're describing is quite simple, but the surface looks as if someone's dipped it in sequins which makes it wild.

Well as a child I was obsessed with exotic animals, especially insects and reptiles. I had tree frogs, leaf insects, and water dragons as pets. I wanted to be [British broadcaster and naturalist] David Attenborough. When my interest in fashion sparked, I realized that I loved insects and reptiles because they're bright, fabulous, and outlandish. The colors in my line reflect that.

In the way that people are frightened by insects, they're also frightened by glamour. There's a resurgence of minimalism and subdued dressing right now. What has the reception been for your collection in that environment?

Sometimes I think I've brought my aesthetic in at the wrong time. It might have fit in better during a time when fashion was full fucking fantasy, but I'm doing my own thing and people seem to enjoy it. It's important that fashion and the arts comment on what's going on in the world, but I also think that it's important that they do the opposite. Fashion can also be a fantasy that takes people away from their troubles and makes them feel great. That's what I needed as a child so that's why it's important to me now.

Is that the driving force behind your work?

Definitely. I need to be happy and having fun. I am not a designer that thrives off sadness. For me it's the total opposite. If I'm feeling down, I'm not creative at all.

What makes you happy?

I'm a man of simple pleasures. I get most of my joy from my work. Outside of that, I love to go away with my boyfriend and I'm obsessed with my new puppy, Miss Mango.