The way watching Lena Dunham's Girls felt in 2012 is a bit like how experiencing Cat Cohen's comedy feels right now. Whether you consume it through the parody pop songs she sings at her weekly East Village cabaret show, on her diaristic podcast Seek Treatment (which she co-hosts with her best friend, the devastatingly underrated comedian Pat Regan), in her spots on High Maintenance and Broad City, or on Twitter, the way that Cohen turns herself into the joke through a hybrid of confession and caricature is undeniably familiar. But while Dunham stripped and flayed late capitalist, millennial womanhood alive, Cohen dresses up and sashays around in it, wearing anxiety, self-obsession and insecurity like feather boas. The effect is a mix of euphoric self-recognition and stomach-churning dread. If that's what gets you off, stay tuned. Cohen just made her debut on Seth Meyers, scored "Best Newcomer" at the Edinburgh Fringe Festival, has a film slated with Issa Rae and Kumail Nanjiani, and is currently developing a scripted show of her own. It's only a matter of time before she's everywhere. — Jael Goldfine 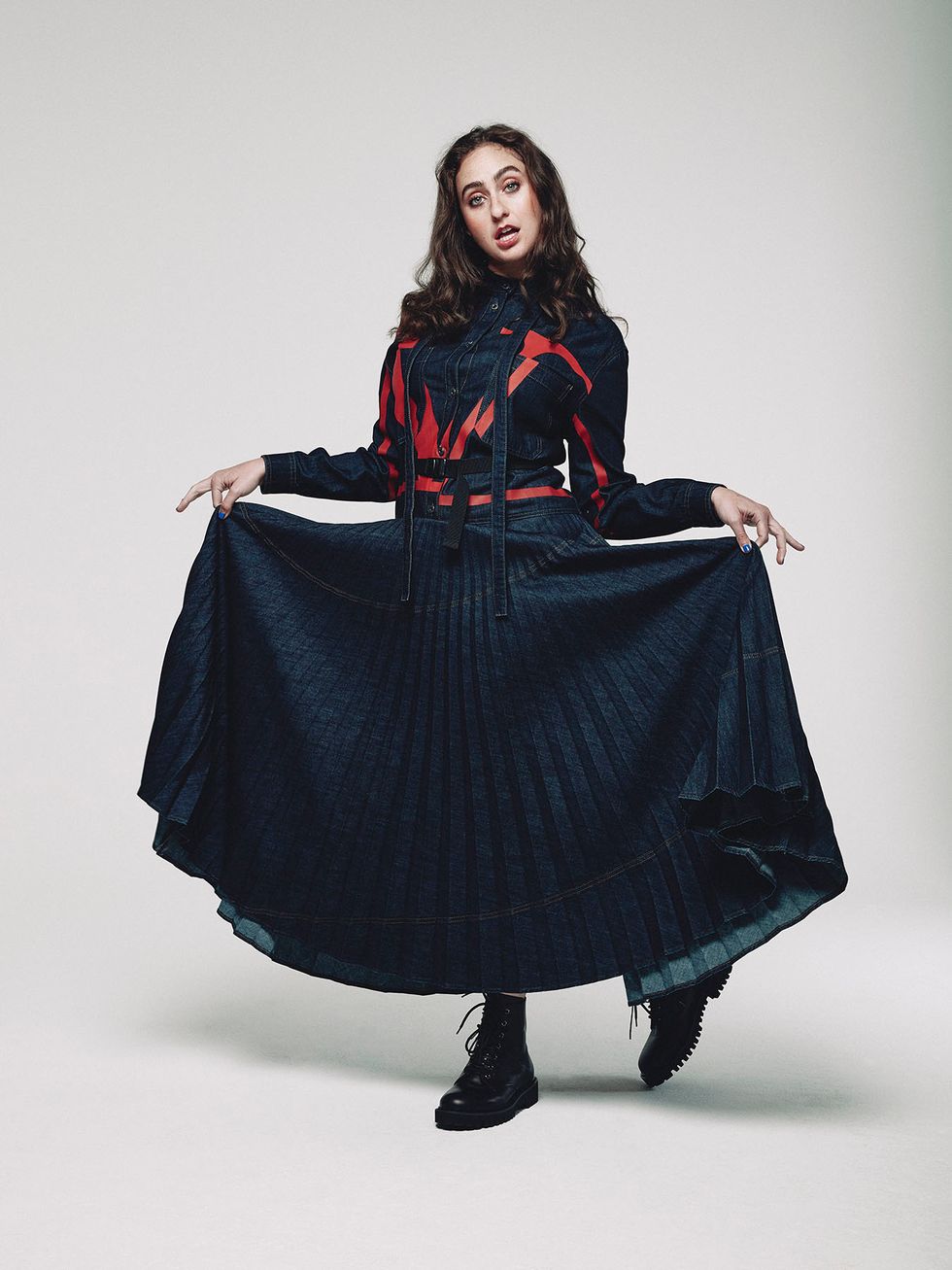 My first year in NYC my dear friend Mitra and I were walking home from doing karaoke for her birthday and this woman on the street just screamed out "I'm Rosario Dawson's Mom!" and Mitra was like "It's my birthday!" and then Rosario Dawson's mom sang Mitra "Happy Birthday" on the street. Iconic.

Sobbing into the void.

Sometimes I burp so loud that I scare myself and even my loved ones.

Made my late night TV debut on Seth Meyers with my brilliant collaborator and pianist Henry Koperski!

If I sit still for too long people find me so gorgeous that they think I'm a statue and they try and put me in a museum :( and getting out of the museum requires a lot of admin work... yawn...

Cry out for help on my toxic podcast Seek Treatment that I co-host with my best friend Pat Regan.

I started watching Entourage as a joke and then I watched the whole thing because I have a disease.

I deeeeply wept while seeing my brilliant friend Larry Owens star in A Strange Loop at Playwrights Horizons.

I picked up a guy at the Taco Bell in Union Square... wait... maybe that's my best date story.