Following Lady Gaga's arrival to the 2019 Met Gala, the word "camp" will forever be tied to the name Brandon Maxwell. The 2019 CFDA Womenswear Designer of the Year was a force in design, however, long before Gaga's multi-layer metamorphosis on the red carpet back in May. Since launching his ready-to-wear line in 2015, Maxwell has garnered acclaim for his fit-conscious eye for womenswear, sending models down the runway in the sleekest range of garments in downplayed color palettes and letting personality and structure shine above all else. Having served as Gaga's fashion director for years now, he's also racked up an impressive roster of celebrities — and one former First Lady — who have feathered across red carpets in his garments. His resume is just ramping up, though, having also been a judge on the 2019 reboot of Project Runway. Maxwell's grasp on the fashion world is only growing stronger. — Brendan Wetmore 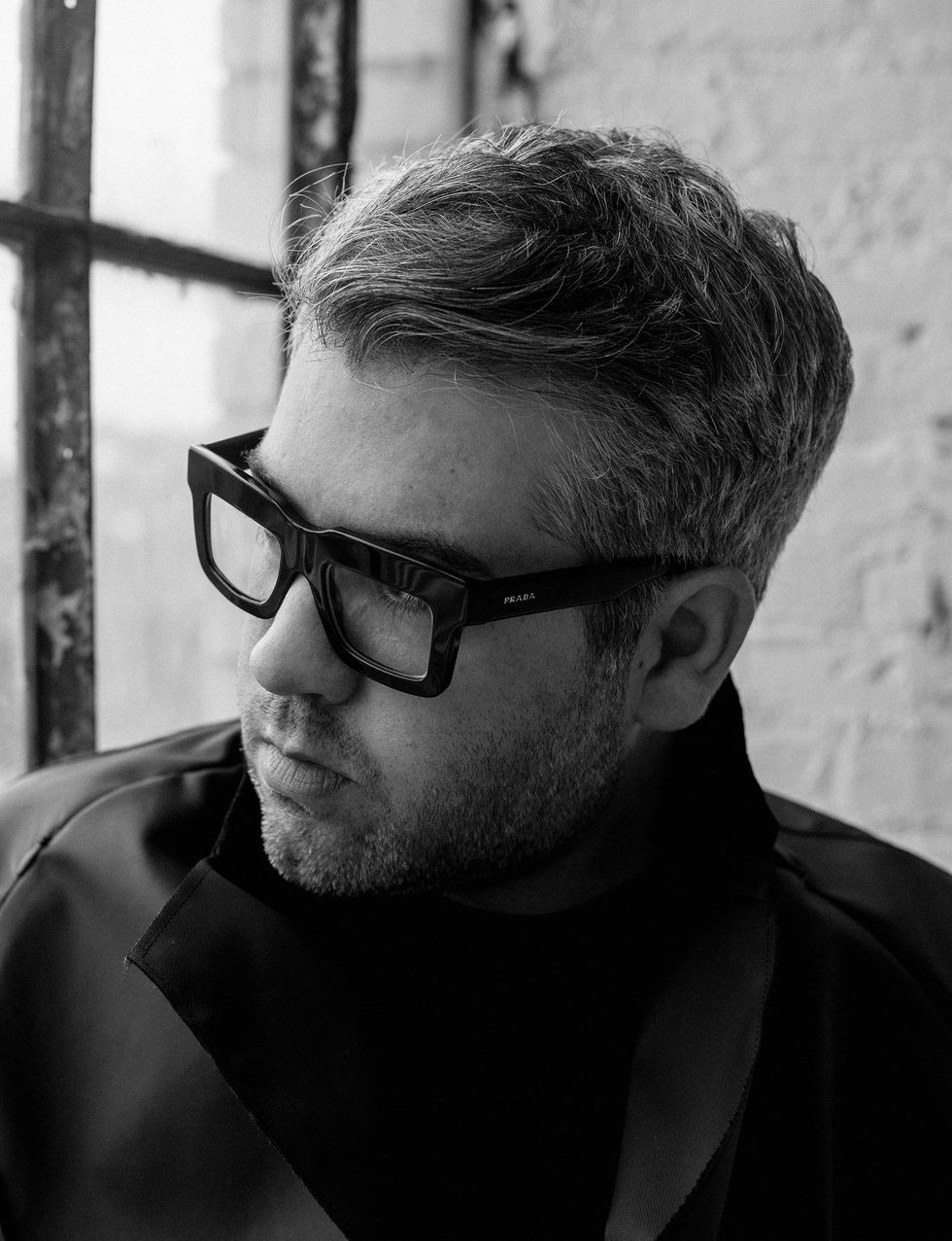 "Good morning I love you," to my family.

"Who haven't you dressed yet that you would like to?" and "What was your inspiration?"

I think I would be involved in politics or philanthropy — a role focused on helping others.

All of it. Every risk I've taken seems crazy when I look back.

I think running a business and the weight and worry that you carry on your shoulders while also trying to create and inspire can be the most stressful.

Leading up to the runway shows, I always fear that I'll die before everyone sees it. This is a dark question, guys!

Yes, and anyone who says they don't is flat out lying through their teeth.

Somewhere with a really good buffet.

The Loudest Voice on Showtime.

I cry all the time, crying is healthy, so probably yesterday. I cry even when I'm passionately talking about really normal things.

A text to my dad when I was traveling where I wished him a happy Saturday and he responded that it's actually Sunday and that I need to take time off.