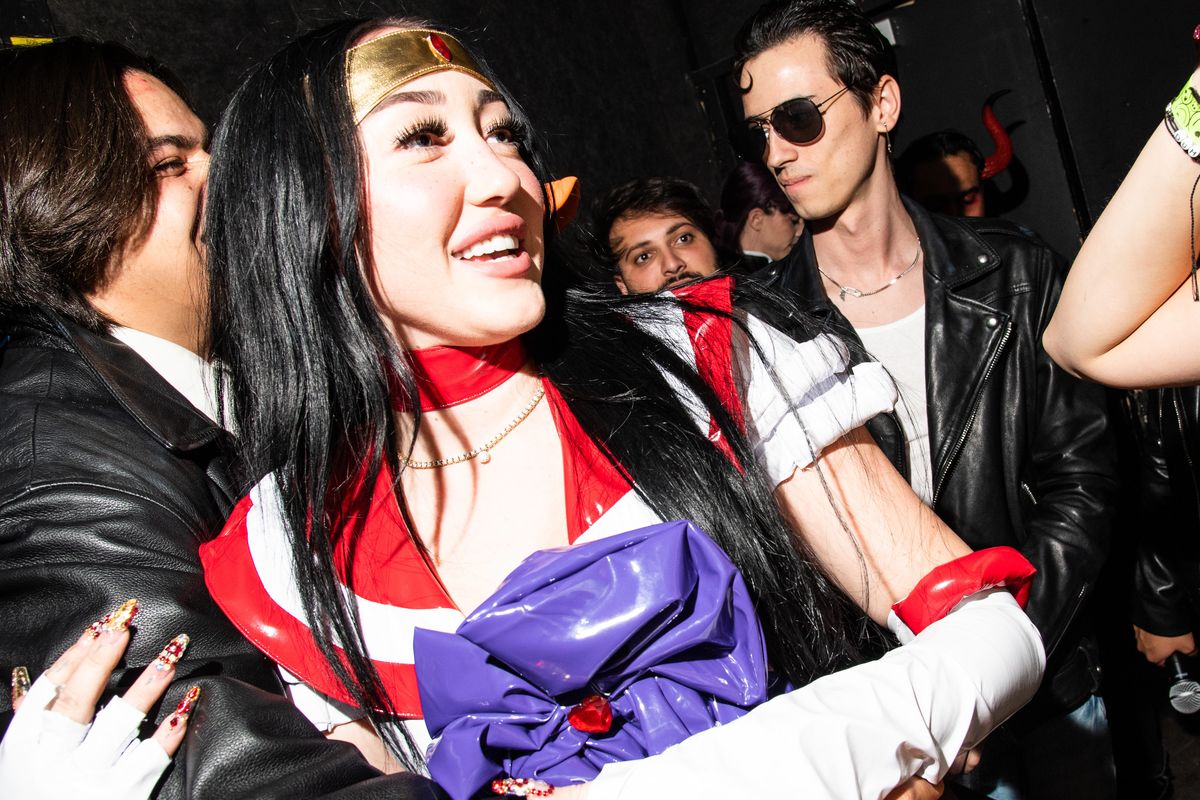 It's no secret that the folks at PAPER love to get a little hellish for Halloween, so to celebrate this year's holiday, we decided to up-the-ante on the West Coast via a scaled-up, star-studded collaboration with the HEAV3N crew at the historic Regent Theater.

The preeminent rave for LA's outsider angels and an incubator for some of the underground's finest emerging talent, Heav3n's played host to everyone from Charli XCX to SOPHIE to Rina Sawayama, so it only felt right to enlist the help of HBIC Lulo and friends.

Bolstered by DJ sets from HEAV3N staples ABVHVN, Smrtdeath, and Alex Chapman, our party saw everyone from the legendary Alice Glass — who broke out a heart-racing, happy hardcore-leaning set — to Twitch goddess HANA on the decks. And it all led up to the party's big moment: a star-making performance by PAPER Halloween cover star Noah Cyrus of her new single "fuckyounoah." In an on-point Sailor Mars costume, no less.

Alongside Noah, we also brought out a verifiable arsenal of some of LA's finest queer performers for live sets, including RuPaul's Drag Race sweetheart Soju, the gimp mask-loving MEATY, everyone's favorite "Flamboyant" prince Dorian Electra, as well as the multitalented Chester Lockhart, who pulled double-duty as one of our esteemed hosts of the night.

Speaking of hosts doing the most, Tana Mongeau gave Stormi a run for her money with a spin on Kylie Jenner's 2019 Met Gala look. Arriving alongside Noah and Instagram model Ashly Schwan — who made for a great counterpart in a sexy twist on Kendall's outfit — her arrival, undoubtedly, completed the transformation from HEAV3N to hell.

Check out all the photos from last night and see if you can recognize just a few of the famous faces, including the likes of Courtney Stodden and Jovan Hill, who popped by our spooky soirée, below.