PAPER was founded in 1984 to represent and report on the burgeoning art, fashion, and nightlife scenes in the East Village and parts of downtown that founding editors Kim Hastreiter and David Hershkovits felt were being ignored by the wider world of the city. As has always been the case, gay culture and downtown culture were essentially one and the same, making it and--and, as a result, the nascent AIDS crisis--a constant presence in our pages. PAPER lost countless friends, staffers, and subjects to the epidemic over the years. It was a hugely important and personal part of the magazine then, and as such, our earliest issues serve as time capsules of gay life in the city in the '80s and early '90s. Here, we've plumbed the archives and scanned in some of our early covers featuring gay celebrities and icons from RuPaul to Boy George to Liza Minnelli herself. We've also included several articles chronicling the rise of AIDS, and the concurrent homophobia and bigotry that gripped the country in this era. But it wasn't all doom and gloom--it was also a golden age for the expressive catharsis of voguing, for gay nightlife, and the intersection of fashion with queer party culture. We've highlighted all of this in a few select photos and pieces from 1986 to 1993. 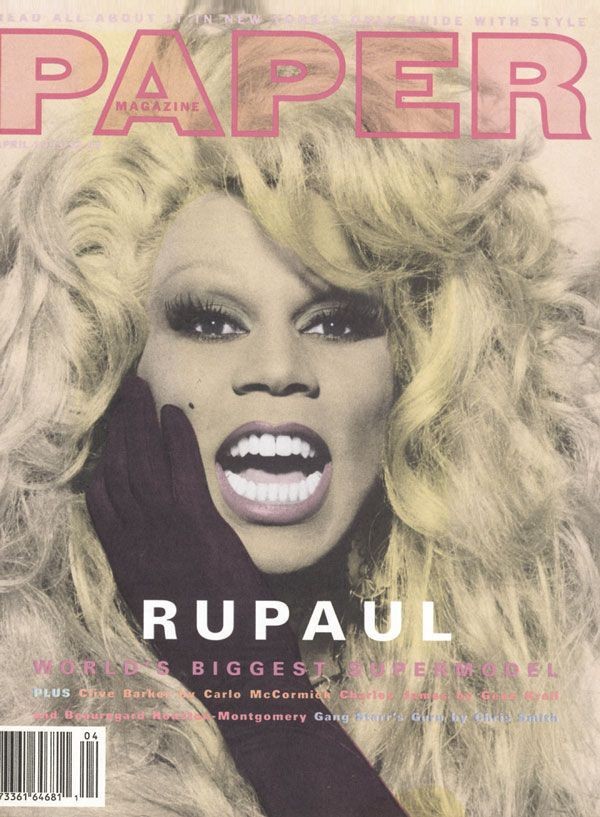 Joe Dolce: "To the dying, the message is clear: If drug companies can't deliver, or if you can't afford their products, too bad. Simple Reaganomics."

An interview with RuPaul, February 1991

"I think we're on the verge of something colossal happening to the human soul...Like everyone discovering fire at once." 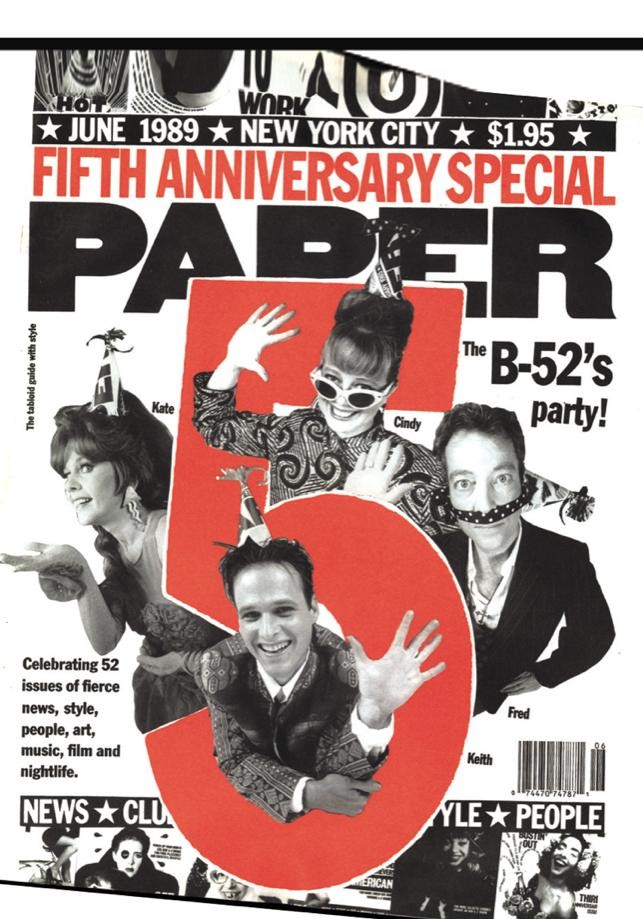 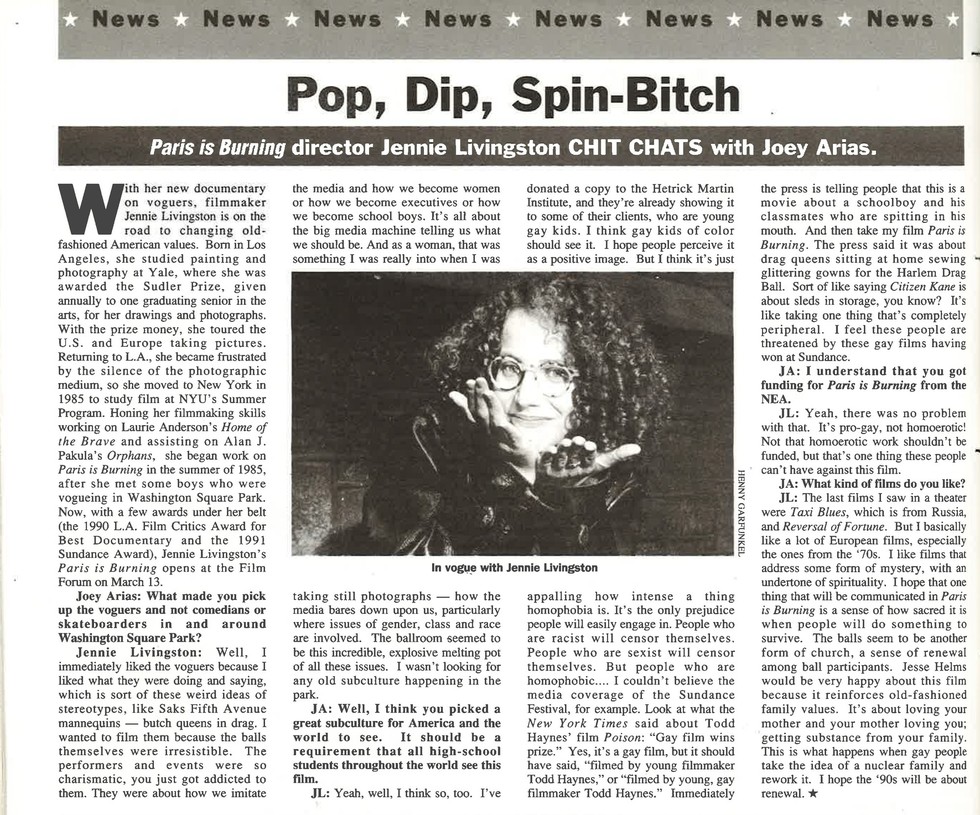 Paris is Burning director Jennie Livingston talks to Joey Arias about her seminal documentary: "[Voguing balls] were about how we imitate the media and how we become women or how we become executives or how we become school boys. It's all about the big media machine telling us what we should be. And as a woman, that was something I was really into when I was taking still photographs -- how the media bares down upon us, particularly when issues of gender, class and race are involved. The ballroom seemed to be this incredible, explosive melting pot."

A review of Susanne Bartsch's Love Ball 2, from our June 1991 issue.

"I didn't get close enough to ask [Madonna] that question, or anything about her and what she did with Jose Canseco in her West Side apartment." 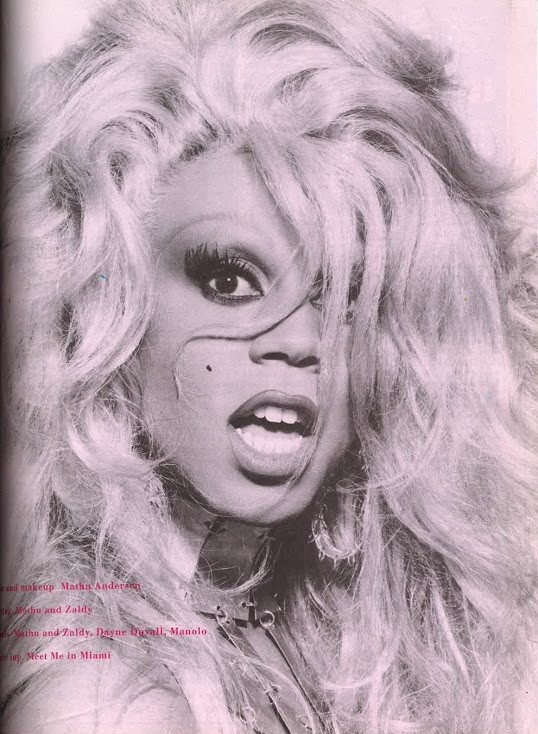 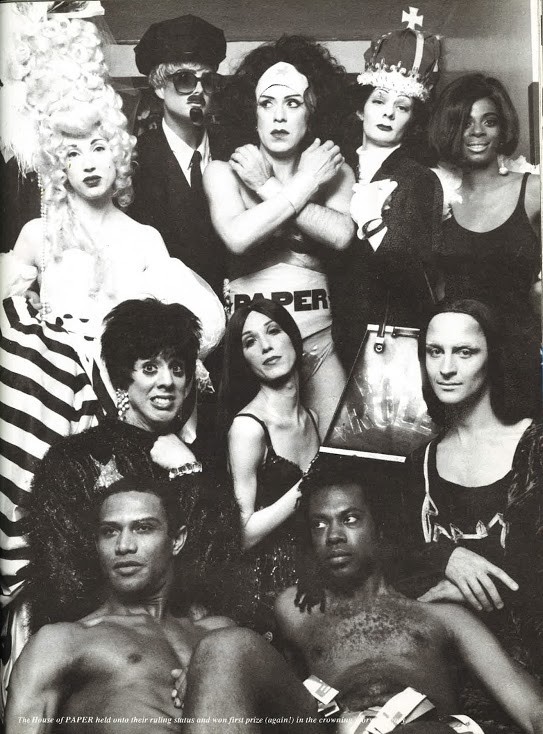 The House of Paper wins Love Ball 2. Can you spot Brooke Shields? 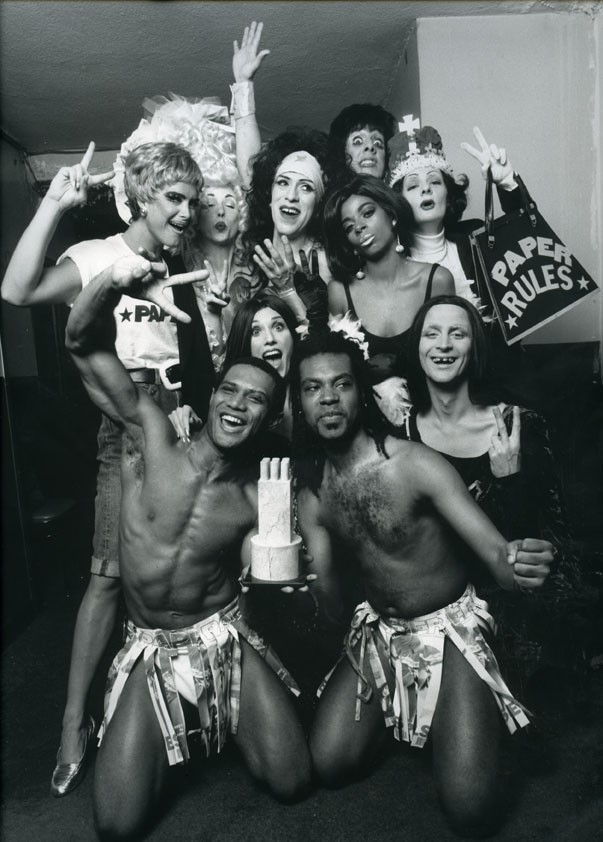 Brooke Shields (far lef) helps the House of Paper win the Love Ball 2. Shields appeared on stage dressed as a goateed chauffeur --she later removed her disguise to reveal her identity --and, remembers our editor-in-chief, Kim Hastreiter, "go-go boys came out wearing mini skirts made out of shredded copies of PAPER, waving banners that said '"Realness.'" 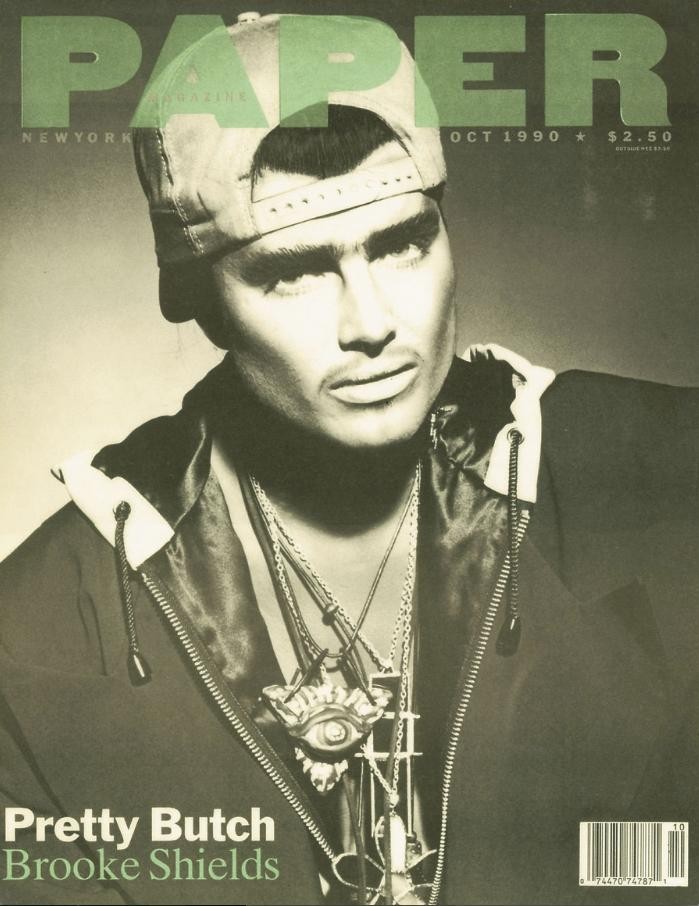 Brooke Shields (a former Paper intern!) appears on our cover in drag, with makeup by the late, great Kevyn Aucoin. 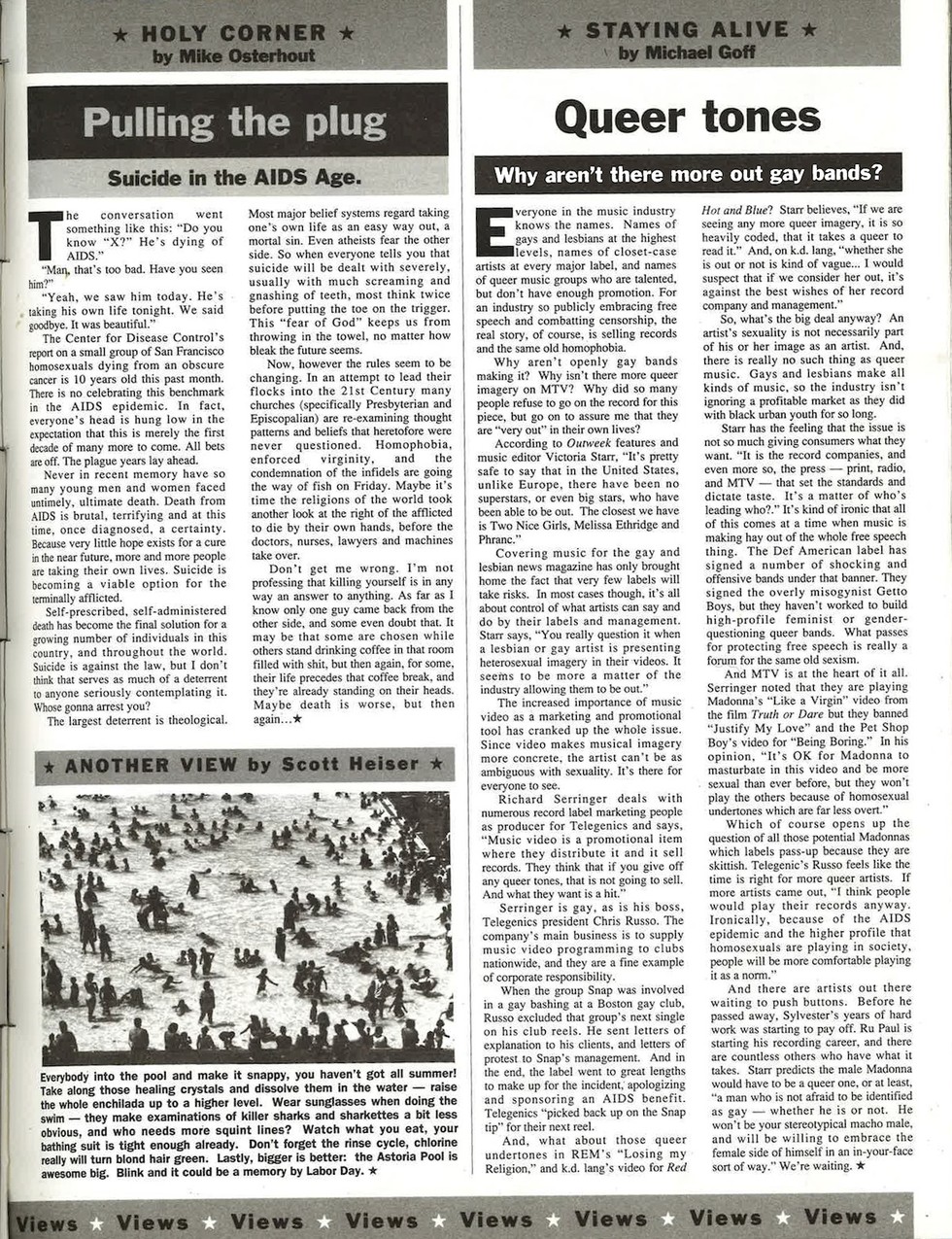 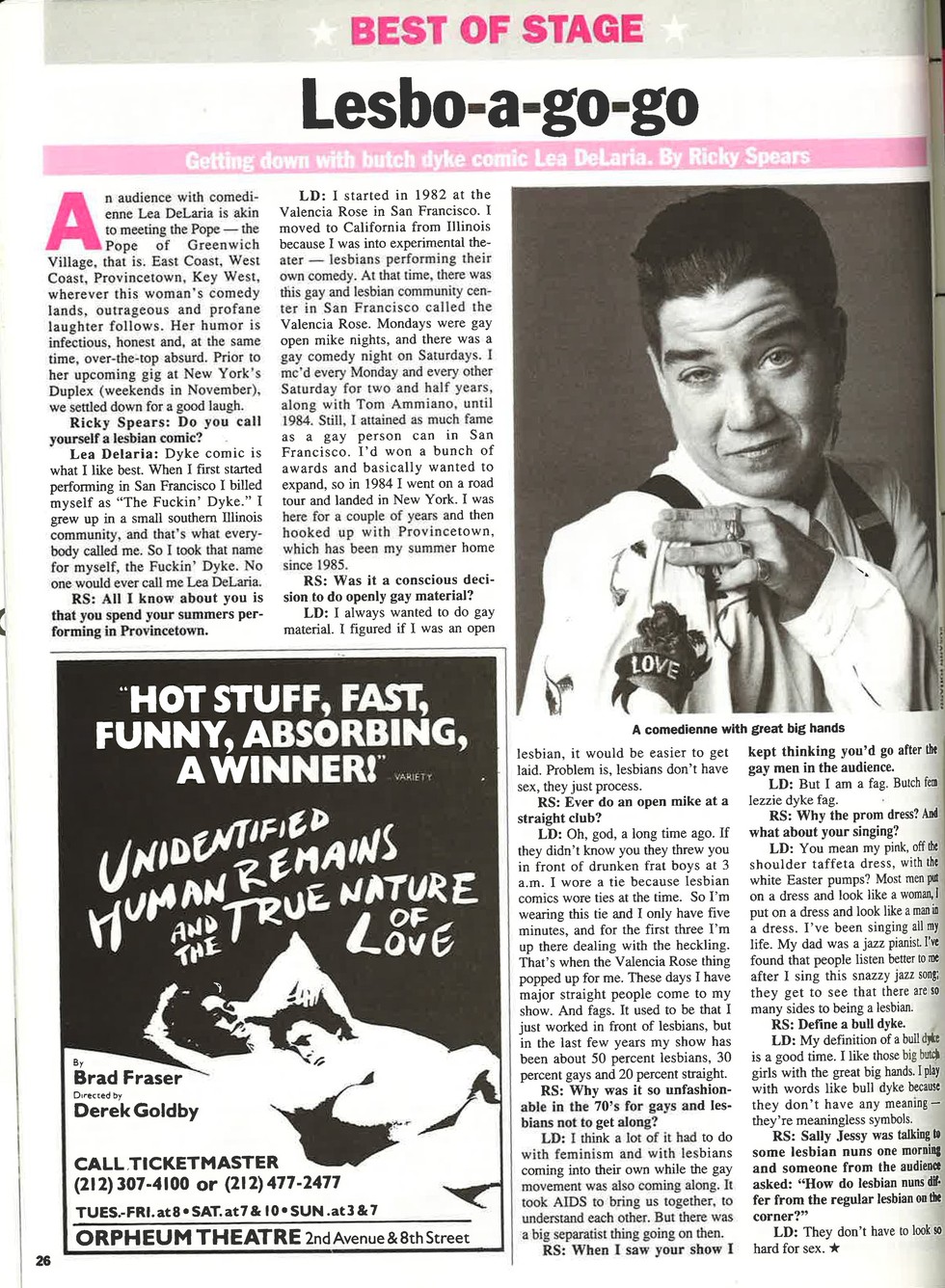 A November 1992 interview with Lea DeLaria:

"But I am a fag. Butch fem lezzie dyke fag." 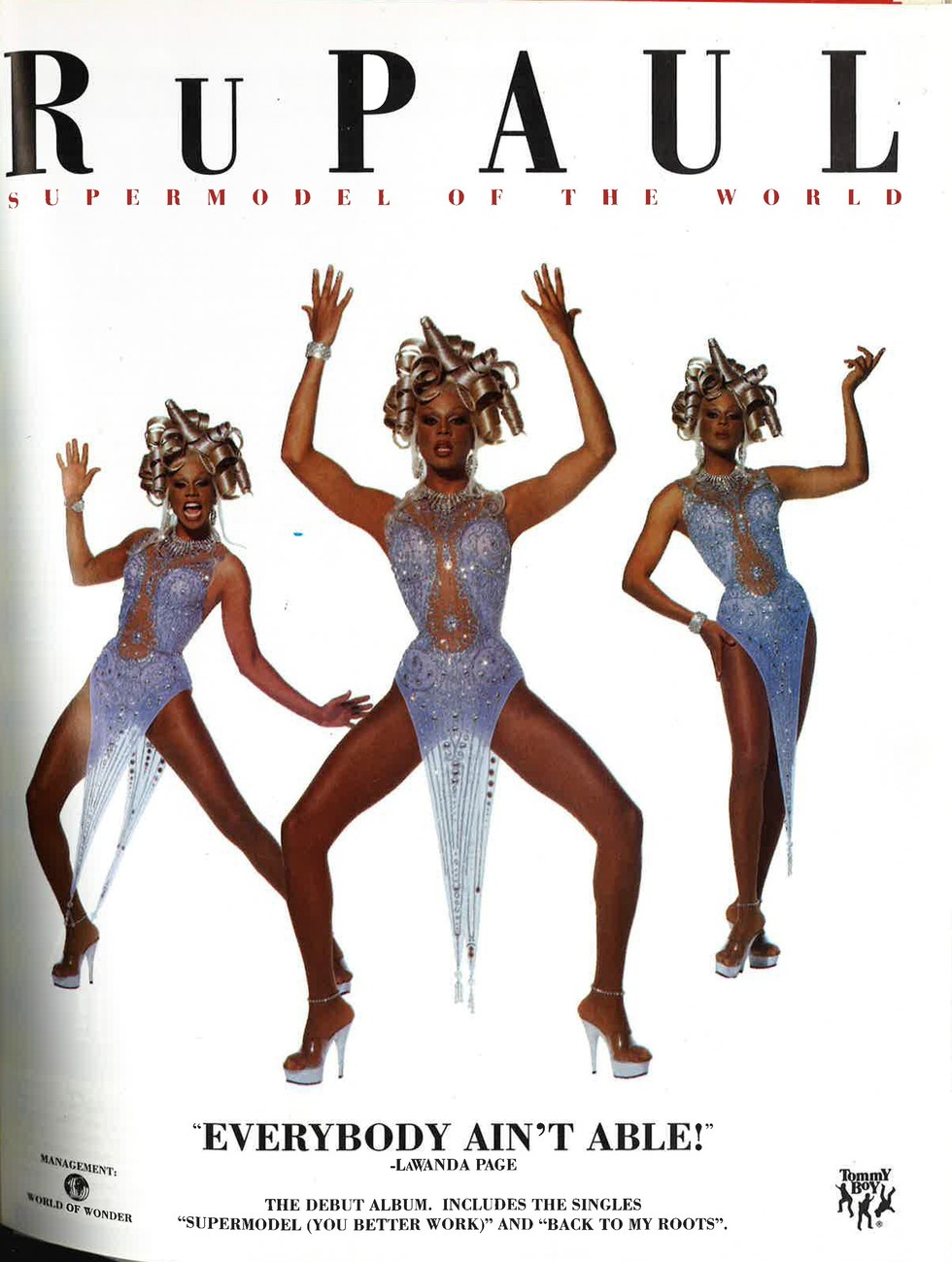 Ad for RuPaul's debut album, Supermodel of the World. 1993 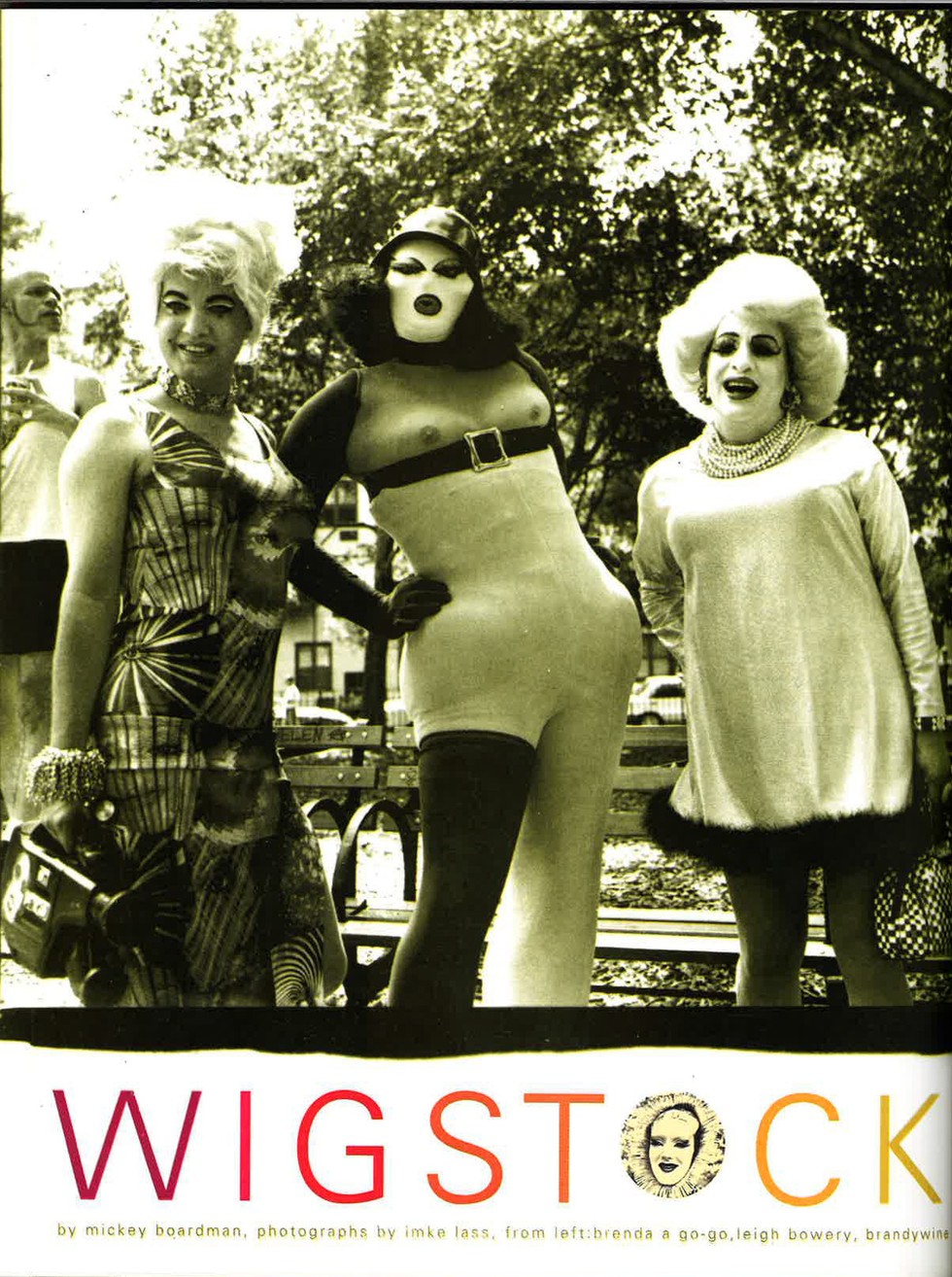 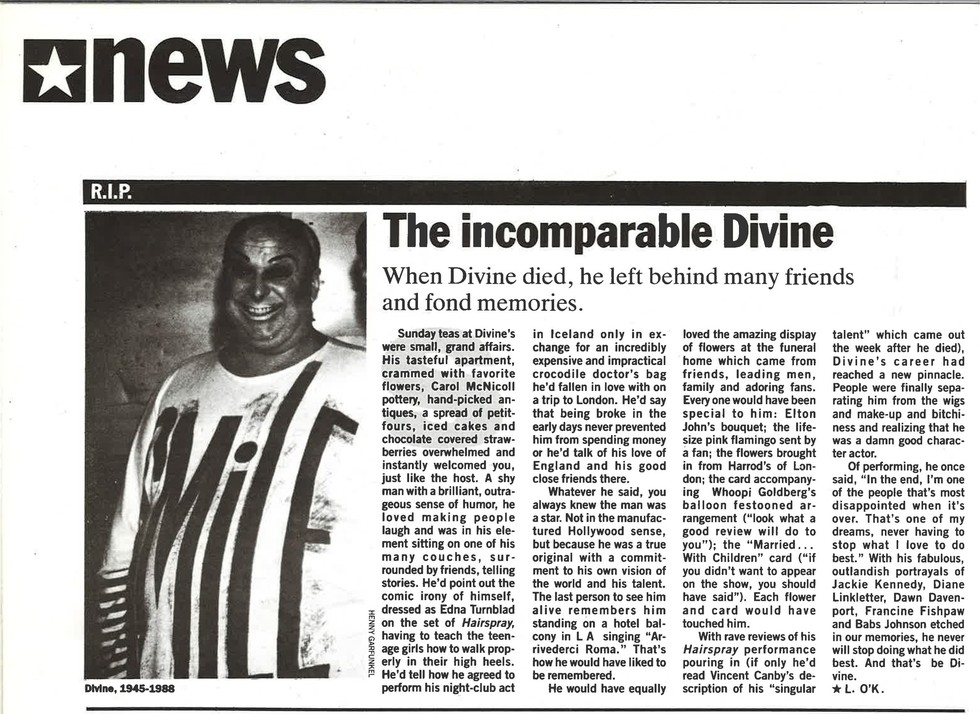 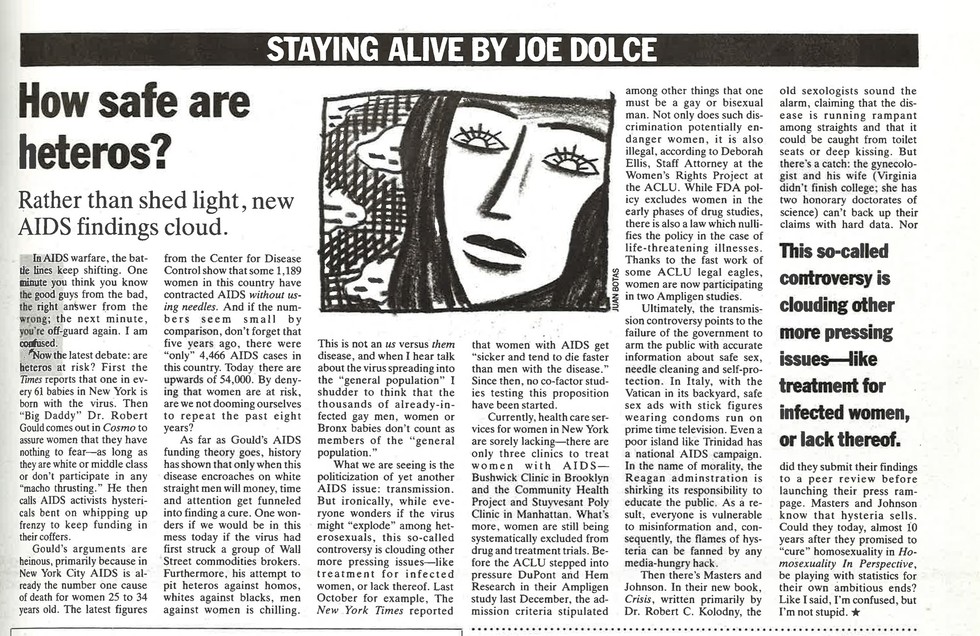 Joe Dolce: "This is not an us versus them disease, and when I hear talk about the virus spreading into the "general population" I shudder to think that they thousands of already-infected gay men, women or Bronx babies don't count as members of the 'general population.'" 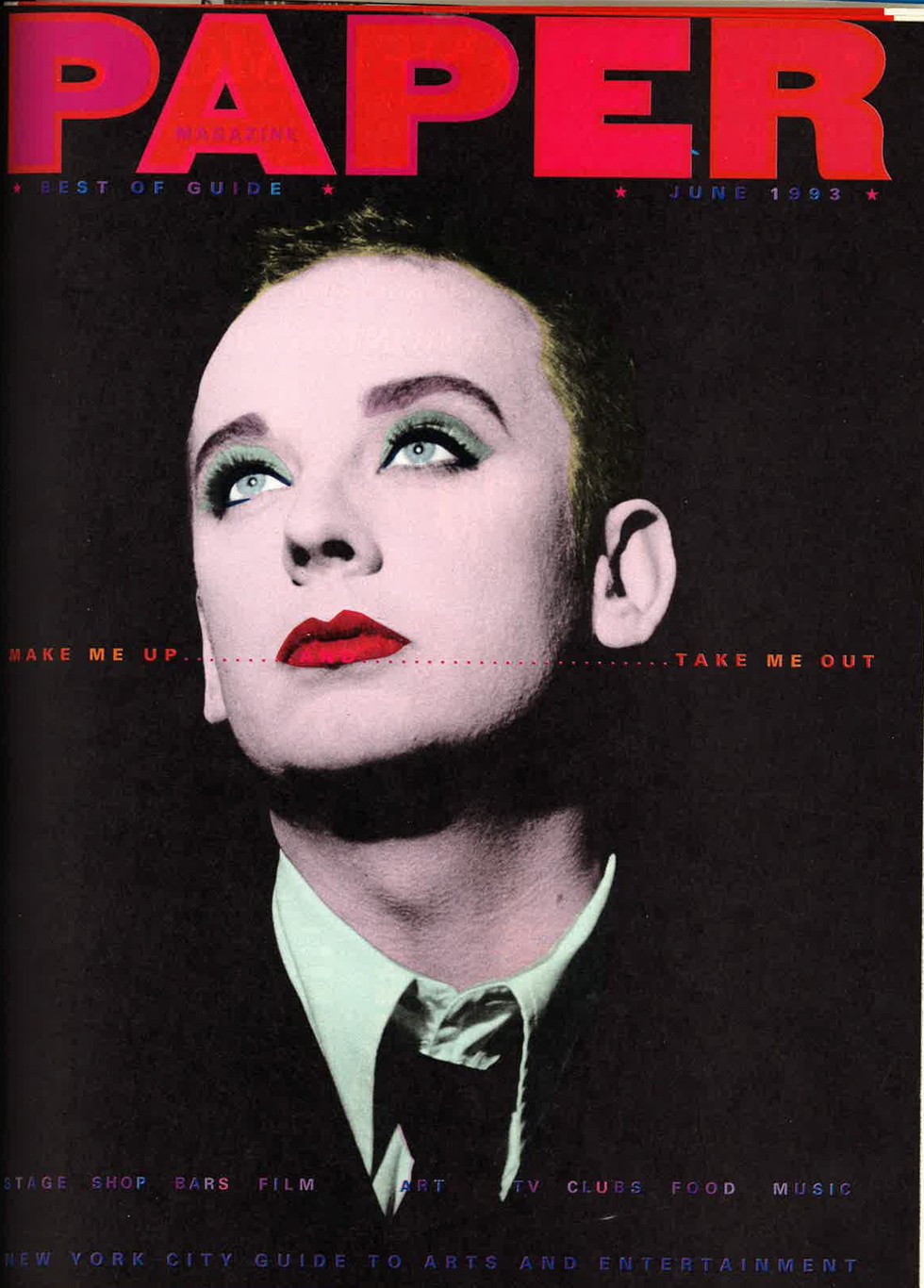 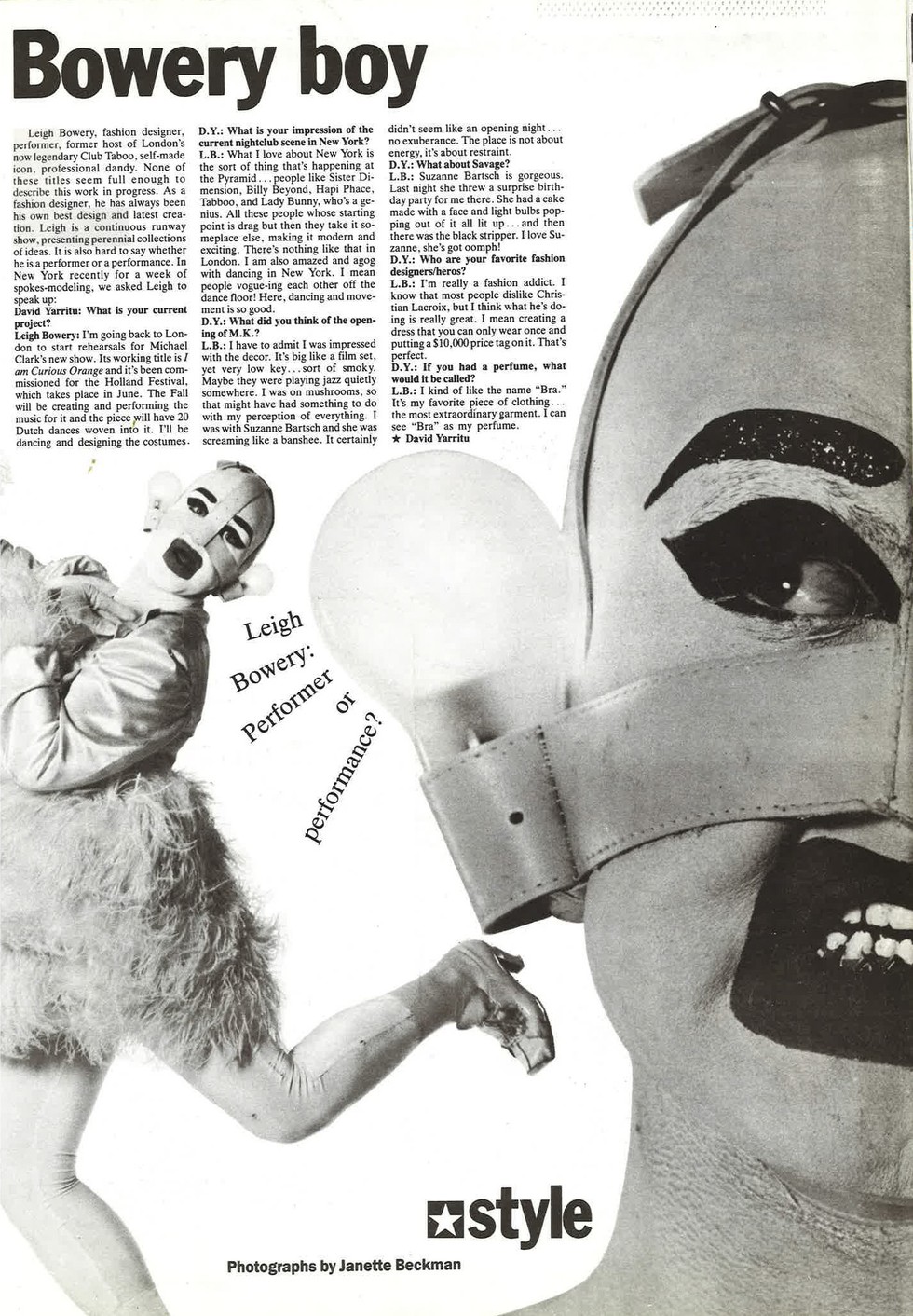 A June 1988 interview with Leigh Bowery

"I am amazed and agog when dancing in New York. I mean people voguing each other off the dance floor! Here, dancing and movement is so good." 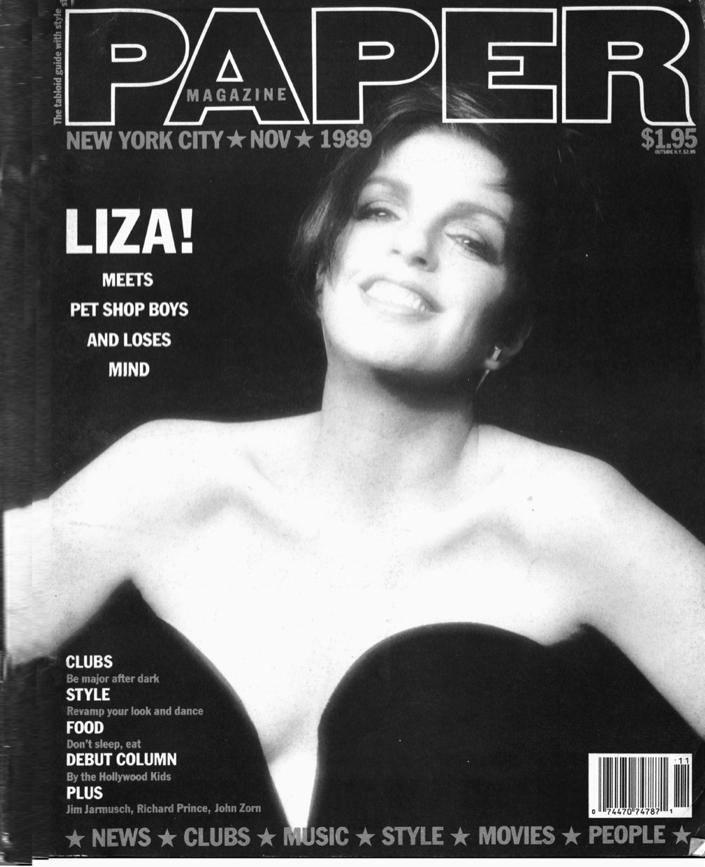 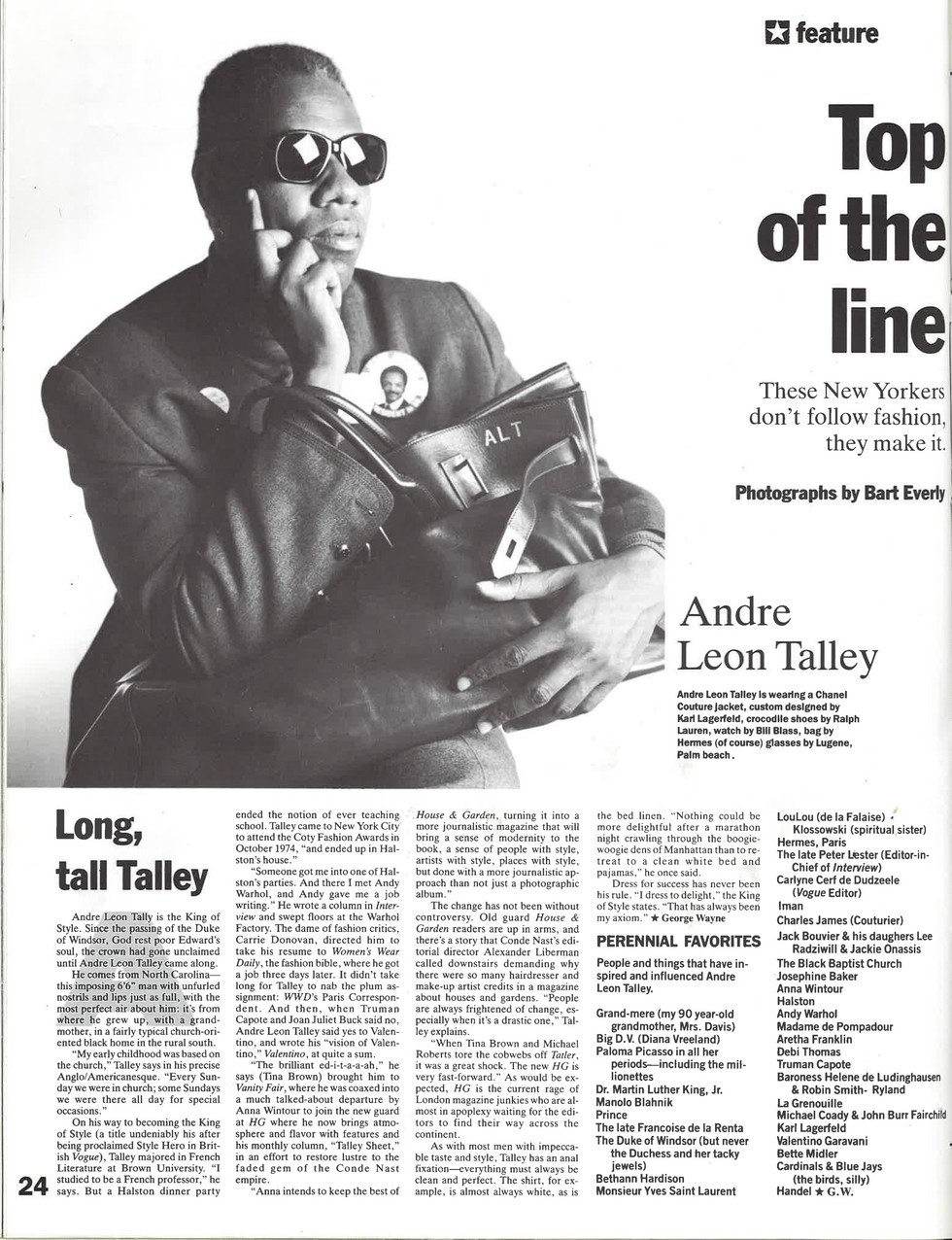 "I dress to delight. That's always been my axiom." 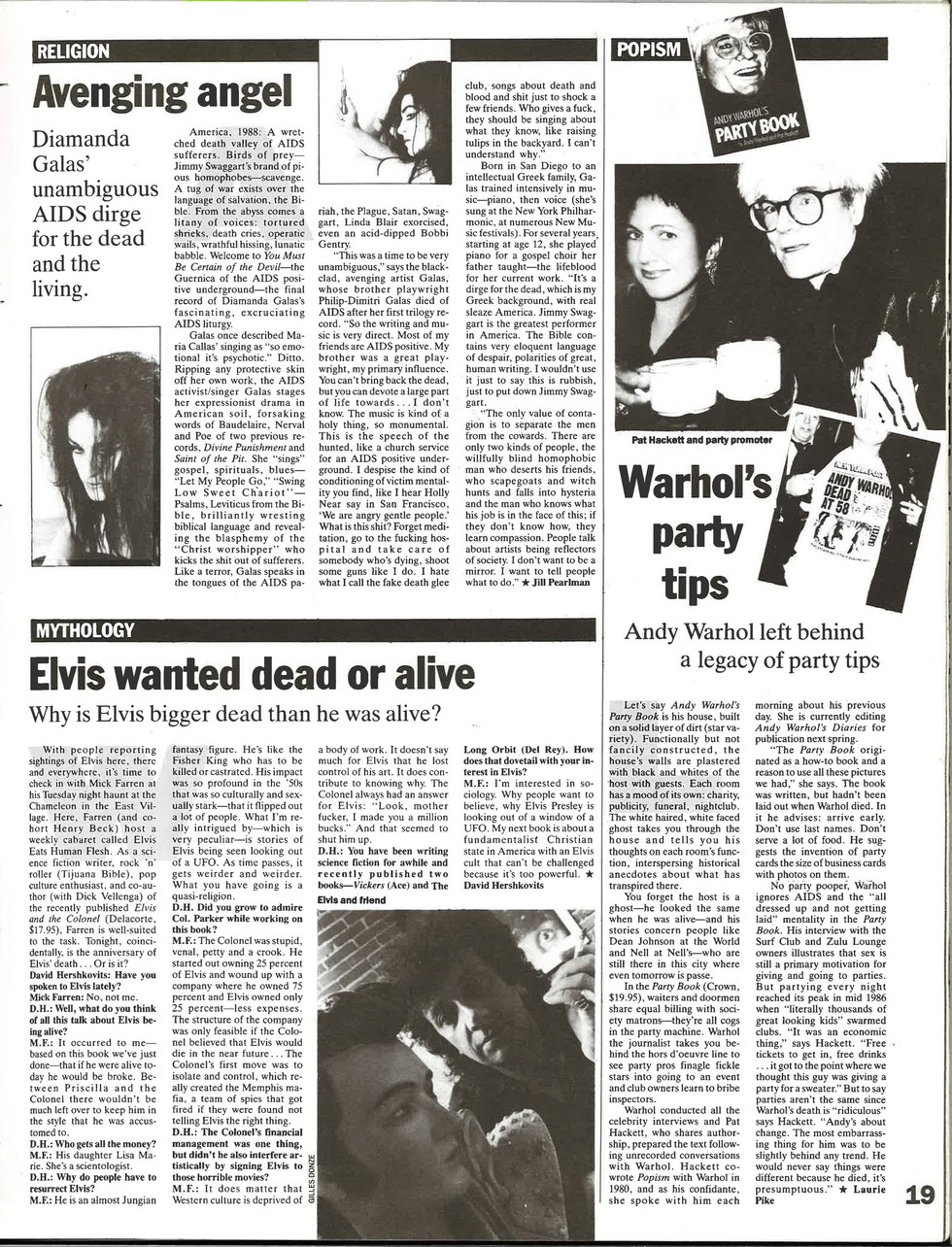 Diamanda Galas on AIDS: "There are only two kinds of people, the willfully blind, homophobic man who deserts his friends, who scapegoats and witch hunts and falls into hysteria and the man who knows what his job is in the face of this: if they don't know how, they learn compassion. People talk about artists being reflectors of society. I don't want to be a mirror. I want to tell people what to do." 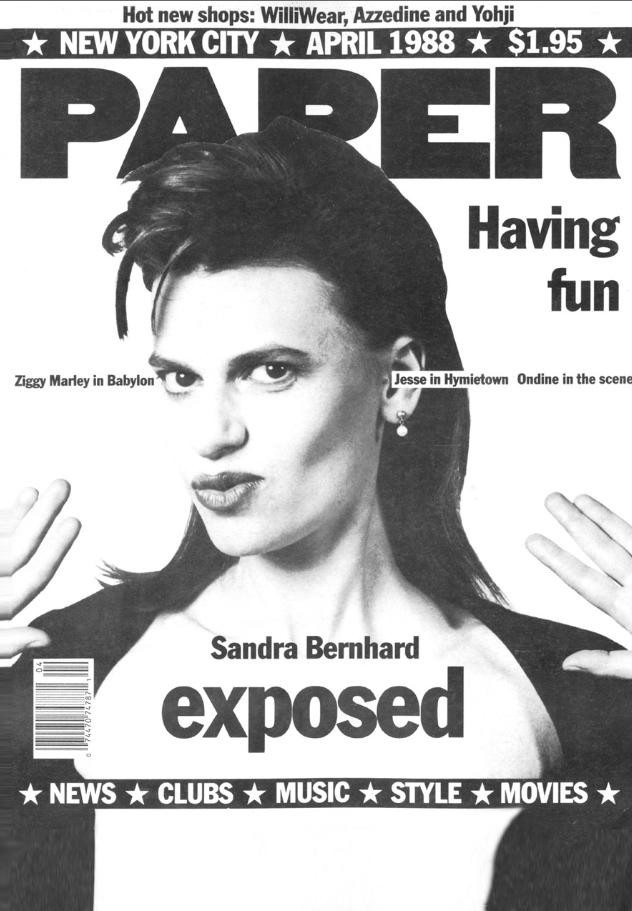 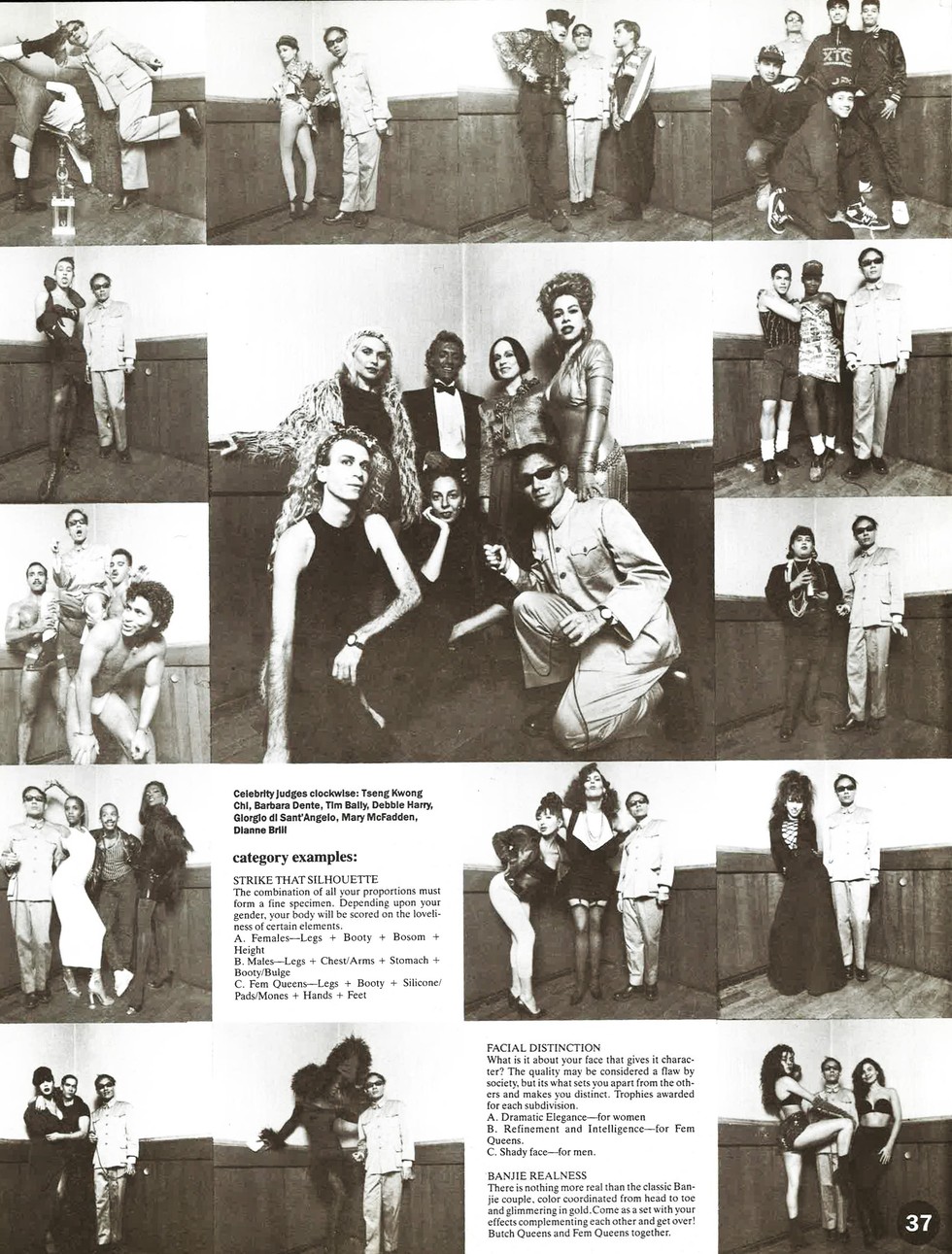 Tseng Kwong photographs himself with participants and celebrity judges in the House of Field Ball. Qualifications for ball categories are printed above as well. 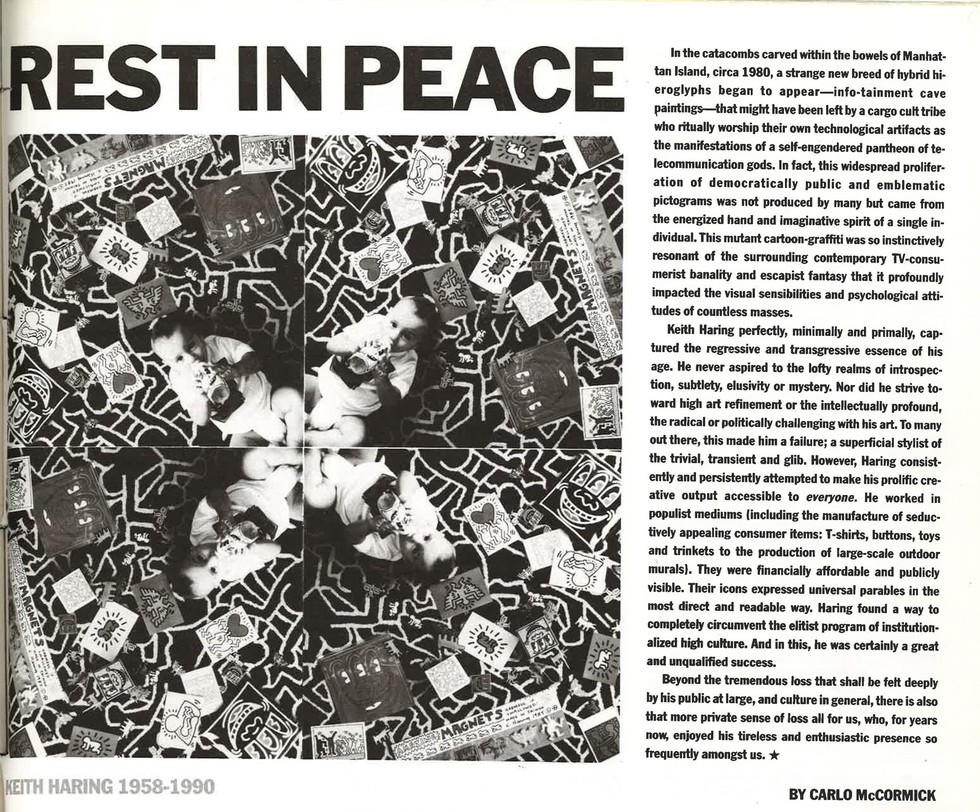 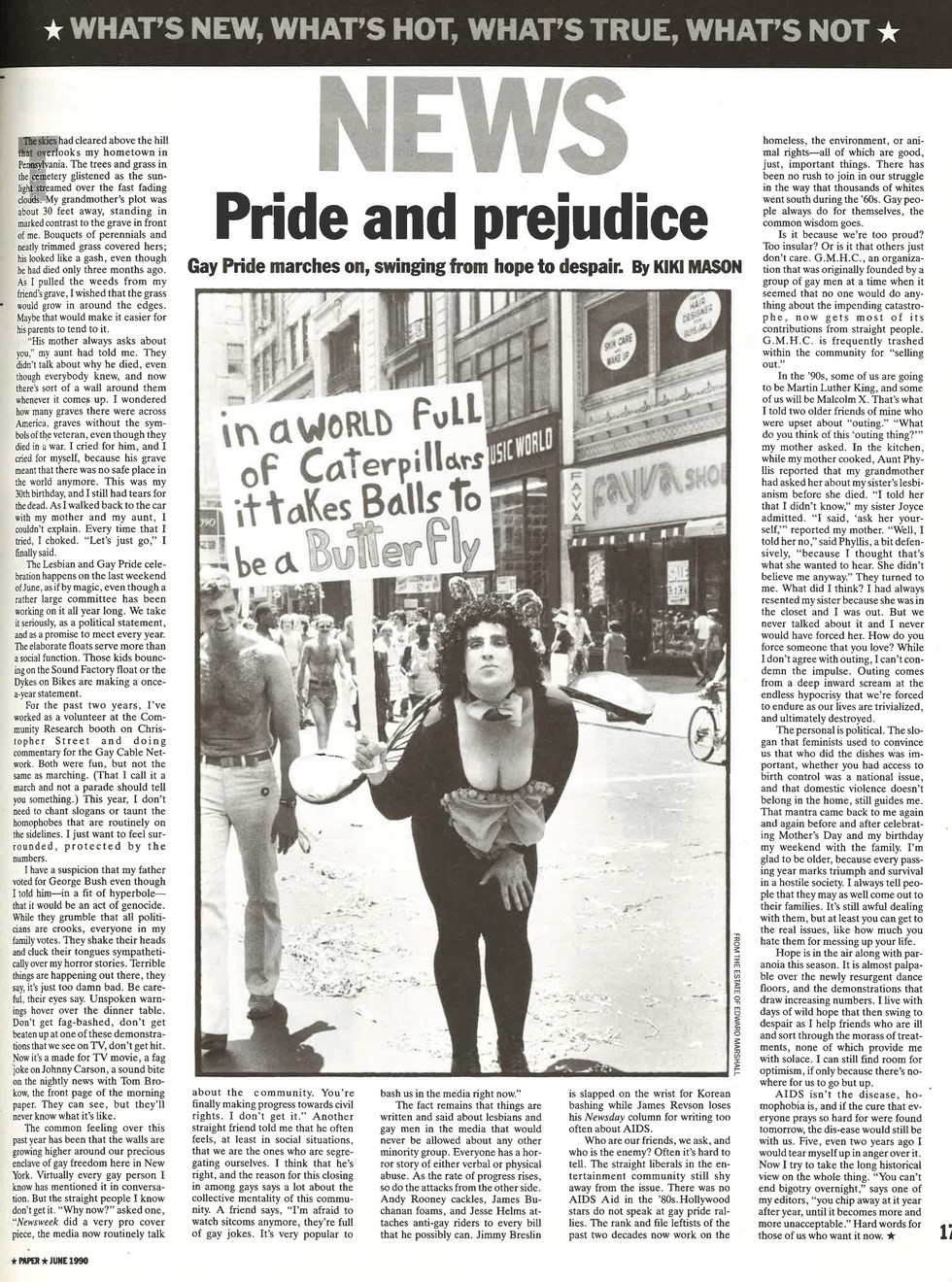 Kiki Mason on Pride: "I can still find room for optimism, if only because there is nowhere for us to go but up."