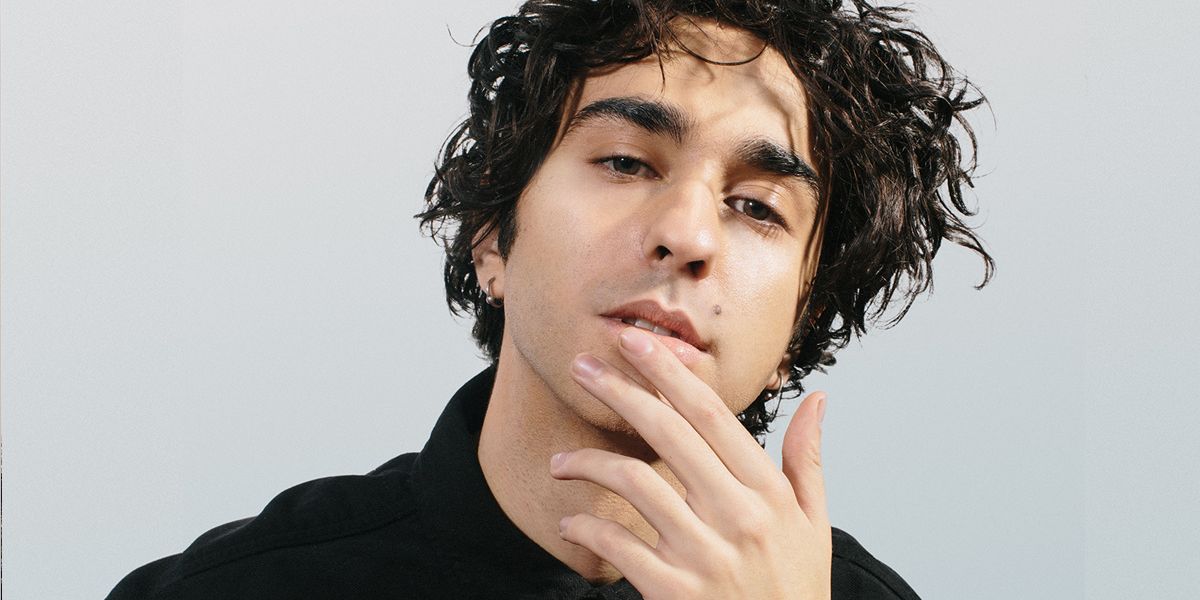 Alex Wolff: Most Likely to Take Over Hollywood

Twenty-year-old Alex Wolff is quickly becoming one of the more ubiquitous faces of Hollywood, but he's been on screen for years, first starring alongside his brother Nat in the Nickelodeon series The Naked Brothers Band from 2007-09. The brothers' music took off with the younger crowd, and the duo released two soundtrack albums for the series (and two more albums in later years).

The younger Wolff made the time-honored passage from child star to serious actor with a grace so natural it made the transition appear seamless — suddenly, Alex is everywhere. By his own admission, he's stuck to mostly darker storylines, portraying Boston bomber Dzhokhar Tsarnaev in 2016's Patriot's Day and the high school chum of an infamous serial killer in 2017's My Friend Dammer.

Wolff also has starring roles in upcoming films including Jumanji (2017), House of Tomorrow (2018), Dude (2018) and Stella's Last Weekend, in addition to a film that's "five years in the making," which Wolff is writing, directing and starring in himself. With a schedule like that, Wolff is poised to make a splash in the industry, and we caught up with him about staying sane in a life that moves a mile a minute.

You've been acting for years, but recently started developing a project that you actually wrote. Can you tell us about that?

It's called the Cat and the Moon, and I'm directing and starring in it. In a very big synopsis, it's about a kid who has to go live with his dad's former jazz bandmate in New York, and his dad was a musician before he died. He has to go live in this house and this group of teenagers takes him under their wing and shows him around. My character is from Detroit and it's just watching him deal with the unclear nature of his dad's death and processing it through making his friends and through his day with this older jazz musician.

Has getting into directing drawn your attention away from acting?

Ethan Hawke said this thing that I really love, that art is like a fist, and all the different elements of art are like the fingers. So music is one finger, acting is one finger, writing is one finger, directing is one finger and it feels like each different finger you're using at that time, which ever art you're dabbling in expands the elements of it. I've noticed through writing and directing I've really learned more about acting — the demands of it and the challenges of it. All these different things enhance it. Also doing acrobatic stuff — I think I'm gonna be an acrobat next, and do Cirque de Soleil.

What's the first thing you do when approaching a new role?

Read the lines out loud. I pretty early on think about the hair, clothes and the music that the character listens to. But every character is different. Every character has a new first thing that pops out. When I did the House of Tomorrow, the first thing that popped out was I gotta dye my hair a color. It has to be a really nasty color like he did it himself. And then it came to the clothes, and I thought about this green jacket in my head, I feel like he should wear some type of green army jacket. Painting his nails — all those things that pop out first.

When you're choosing roles, do you think about how they'll fit into a larger body of work?

If you don't do something because you're worried you won't like that in 5, 10 years or it didn't make your career what you wanted it to be, I feel like you're going to go insane. You've got to choose the things that stimulate you. Aside from Jumanji, which was an amazing opportunity, it's been a lot of darker dramas. And that's really what I'm interested in. And I may go through a phase where I only want to do funny movies, or I only want to do horror movies, and I want the ability to do that. I think any decisions you make because they feel like good career decisions rather than making a decision because it's what you like, I just feel like later in the game it's going to fuck you over.

What drew you to House of Tomorrow?

I got that script and I remember I was three pages in laughing so hard and clapping in my bedroom because I was so excited. The movie has such a rhythm. It just keeps moving. It's an awesome, awesome script and great, great character that I haven't seen in a movie but I've met a million kids like this. I loved him. I felt like, no one is going to do this like I can do this. There are many roles where I'm like, there are eight trillion actors who can do this better, but at the moment when I was reading it, I felt like, I got this, I need to do this movie.

How do you balance all the different projects you have going on and still keep your mind clear?

Hard drugs keep my head clear. Lots and lots of hard drugs. Mountains and little villages full of hard drugs, that's how I keep my head clear. Honestly, it's my friends and my girlfriend and the people I surround myself with and my family. The relationships I've formed in my life are the things that make it bearable and make it all worth it. The only thing we have in this type of job are the friends you make and relationships you have. That probably keeps you sane.

For this movie I had to try to gain a lot of weight for the movie I wrote, going to the gym like six or seven days a week. So that really helps me clear my head in this crazy process. I've had to try and keep a clear head before, my life's pretty insane, but directing a movie is an entire other ballgame of anxiety. So the gym is a good place to keep your head clear. And let's not forget, hard drugs. Very serious, mind-bending, life altering hard drugs.