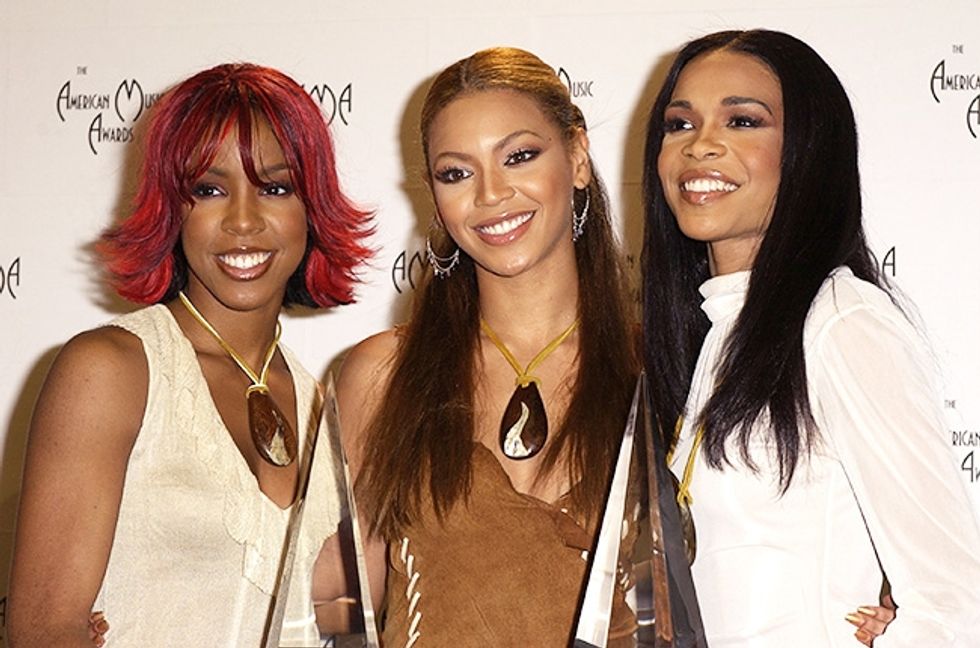 Papa Knowles Says New Destiny's Child May Be On The Way

By Sandra Song
PAPERMAG
photo via Getty
Can you handle this? Cause we're low-key freaking out at the prospect of brand new Destiny's Child 10 years after their last album. After all, according to the group's manager/BeyoncÃ©'s dad Mathew Knowles, he is "working on a few Destiny's Child projects right now" and is "extremely hopeful that the ladies will come back with an album and a tour."
Papa Knowles is also in the midst of writing an "autobiography of Destiny's Child," with ambitions for a movie/television adaptation at some point -- though don't get too excited, since it's pretty well known that Bey and her dad aren't exactly on the best terms, seeing as how he infamously held a garage sale of all her old stuff to pay those "Bills, Bills, Bills" last year. Hm...well, guess only time will tell.
[h/t Huffington Post]
You May Also Like
Famous People