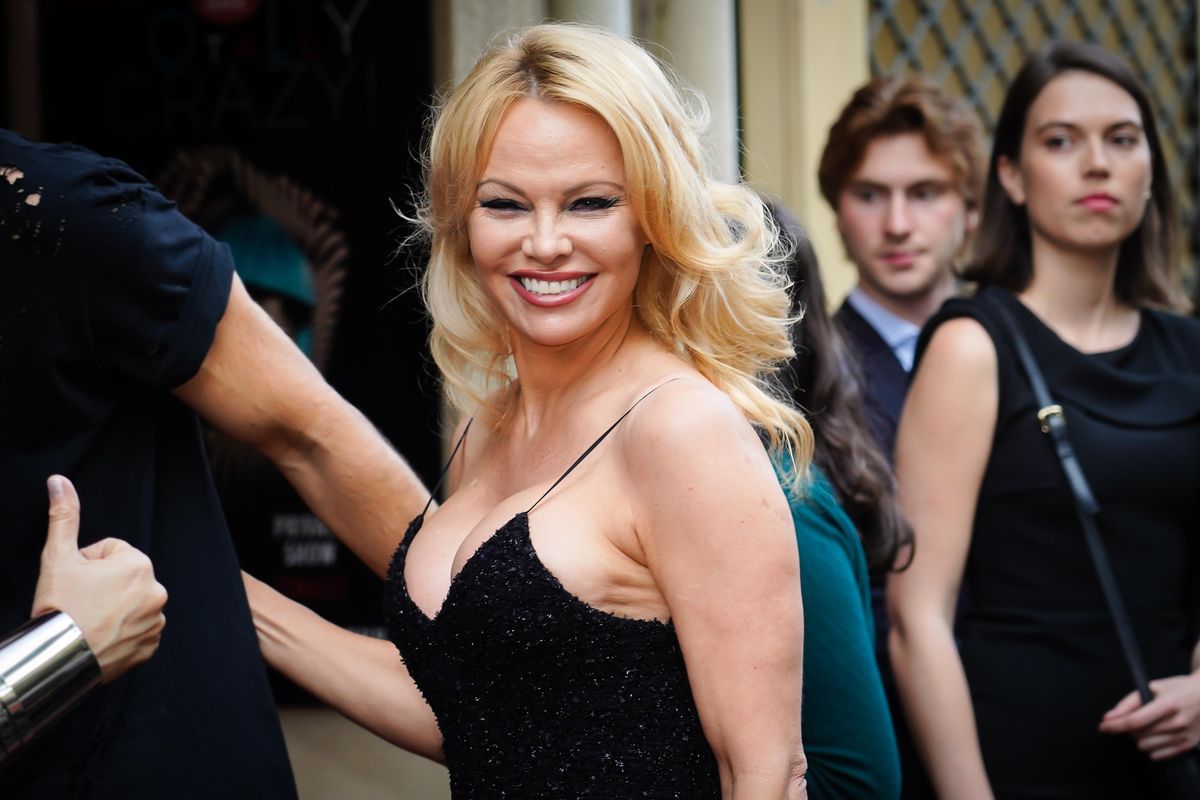 As our collective screen time reaches unprecedented levels, nobody has bowed out more gracefully from a toxic culture of doomscrolling than Pamela Anderson: model, actress, poet.

On Instagram today, Anderson revealed that she's leaving social media. Officially. Not one of those temporary offline periods only to brag about when you return two weeks later with a photo dump of sunset pics and belfies. The platinum blonde icon has achieved something I never will: contentment.

"This will be my last post on Instagram Twitter or Facebook," she announced in the caption, accompanying a grainy, zoomed-in photo of the star that looks like it was lifted off page six of Google Images. The art direction! "I've never been interested in social media and now that I'm settled into the life I'm genuinely inspired by reading and being in nature I am free."

After thanking her fans for the love, she continued, "Lets hope you find the strength and inspiration to follow your purpose and try to not be seduced by wasted time." It's worth noting the visual pattern of Anderson's caption. The way her words are given new lines for emphasis and drama, omitting any punctuation. "Thats what THEY want and can use to make money Control over the brain." Control has a capital C.

Related | Pamela Anderson Is Here to Save Your Sex Life

The entire post is rounded up with some powerful hashtags, from #life to #humanconnection and, of course, #pamelaanderson. There's also #thebewilderedherd, which (upon further research) refers to a term lifted from Walter Lippmann's 1925 book, The Phantom Public, that suggests we're lost in a sea of mass communication and therefore blind to reality. Ok, Pamela!

Perhaps this can all be attributed to Anderson's recent fourth marriage to bodyguard Dan Hayhurst, which took place over the holidays at her Vancouver Island home. She's really redefining what it means to be secure in 2021.