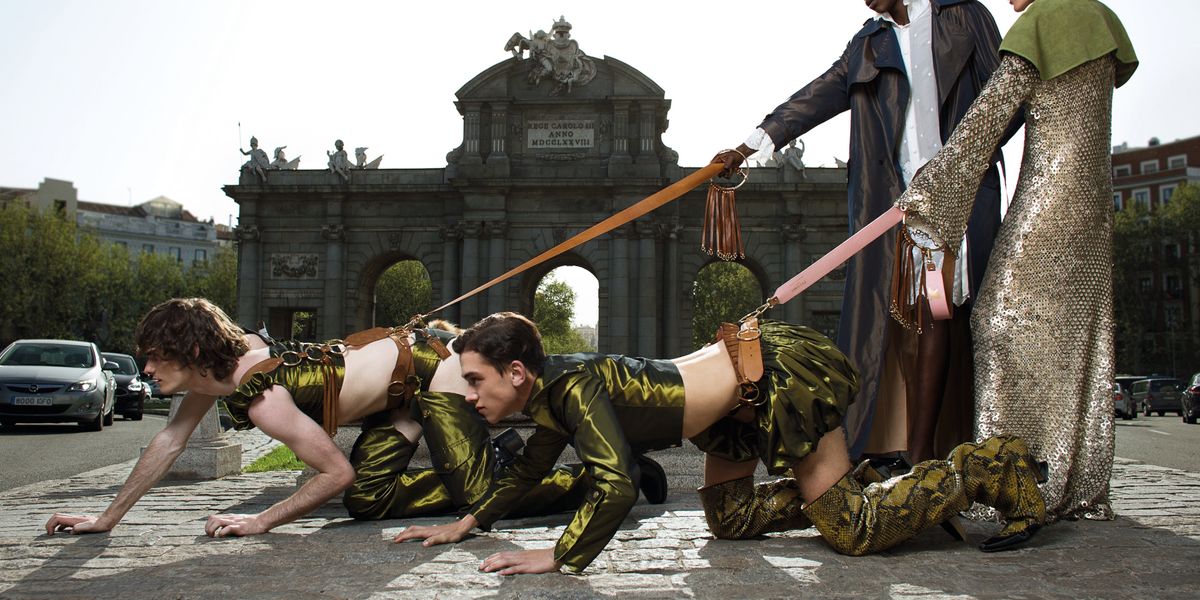 Madrid-based menswear label Palomo Spain has risen to sartorial prominence in just a few seasons, recently getting a major endorsement from Beyoncé when she commissioned the brand to make the robe she wore in her first Instagram post featuring her newborn twins.

Their 2018 Fall/Winter collection is a baroque amalgamation of corsets, capes, and deconstructed pants made out of hefty, luxurious fabrics including tweed, tartan, taffeta, and velvet. It is inspired by hunting culture and aesthetics found in creative director Alejandro Gómez Palomo's native Andalucía, and incorporates new, grander silhouettes and shapes that are inspired by the iconic portraits Diego Velázquez made of King Felipe IV of Spain.

Related | Palomo Spain: The Smell That Killed Me

Palomo has collaborated with fellow Spanish brand Tolentino to make headwear that they describe as, "showy top hats, felt caps and the imperialist element that so fascinated Alejandro: The Napoleonic hat." The brand has also made a number of bags out of fabrics like leather, gazelle skin, and deer antlers.

The editorial images, which were photographed by Kito Muñoz, position models in an urban landscape, but don't overlook the hunting inspiration. Models are captured crawling on all fours, sometimes pulling on leashes, as if they are animals themselves.