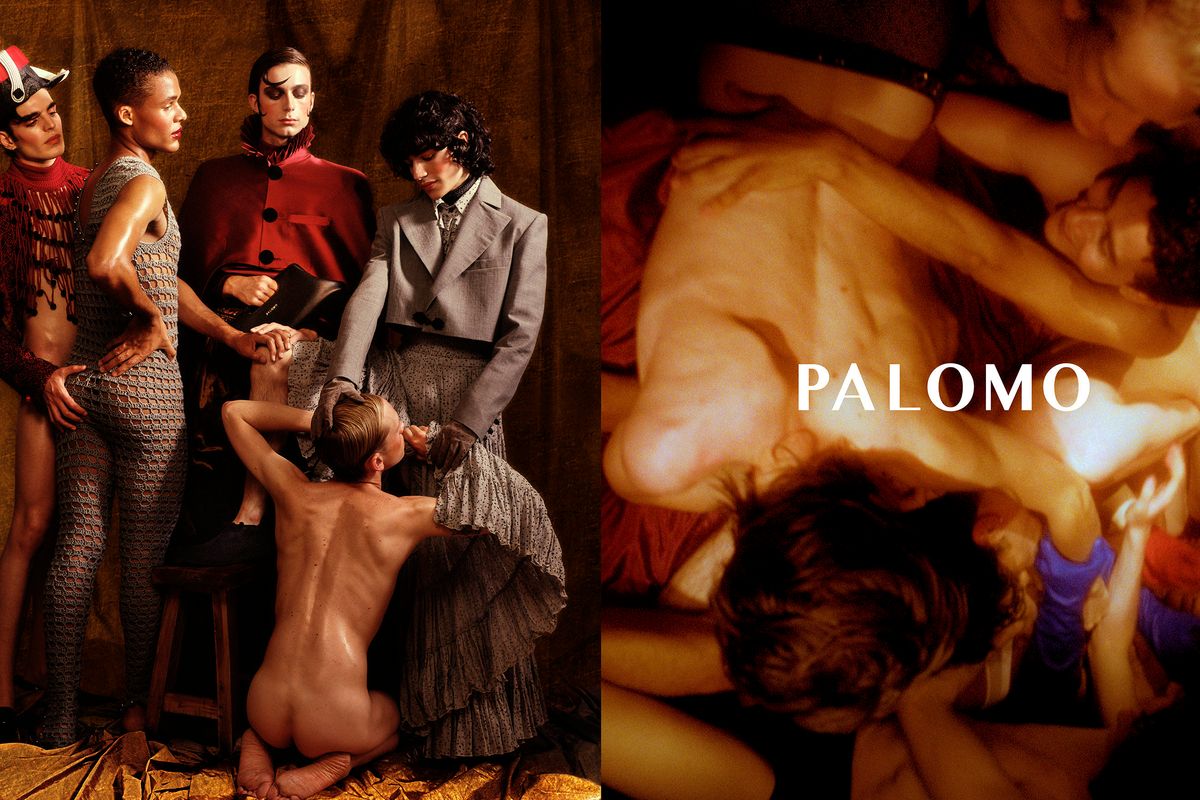 To illustrate this concept, Palomo incorporated a decidedly more sensual take on men's tailoring, rather than converting womenswear motifs to menswear. Classically Romantic and Victorian-era elements — from dramatic opera gloves, luxurious tiers of draped fabric, and ruffled collars — informed clothing so fluid and movement-based, it's impossible to not notice that Palomo had in fact realized the unusual ballet he had in mind.

A key source inspiration for the 1916 collection was Serguei Diaguilev's Ballet Russes and its influence on Spain. For its corresponding campaign, created by Berlin-based artist Matt Lambert, these romantic ideas were revised through a distinctly queer lens. The resulting images are works of art that you might see in a museum, showing the unconstrained Palomo Spain man entwined in the bodies of another.