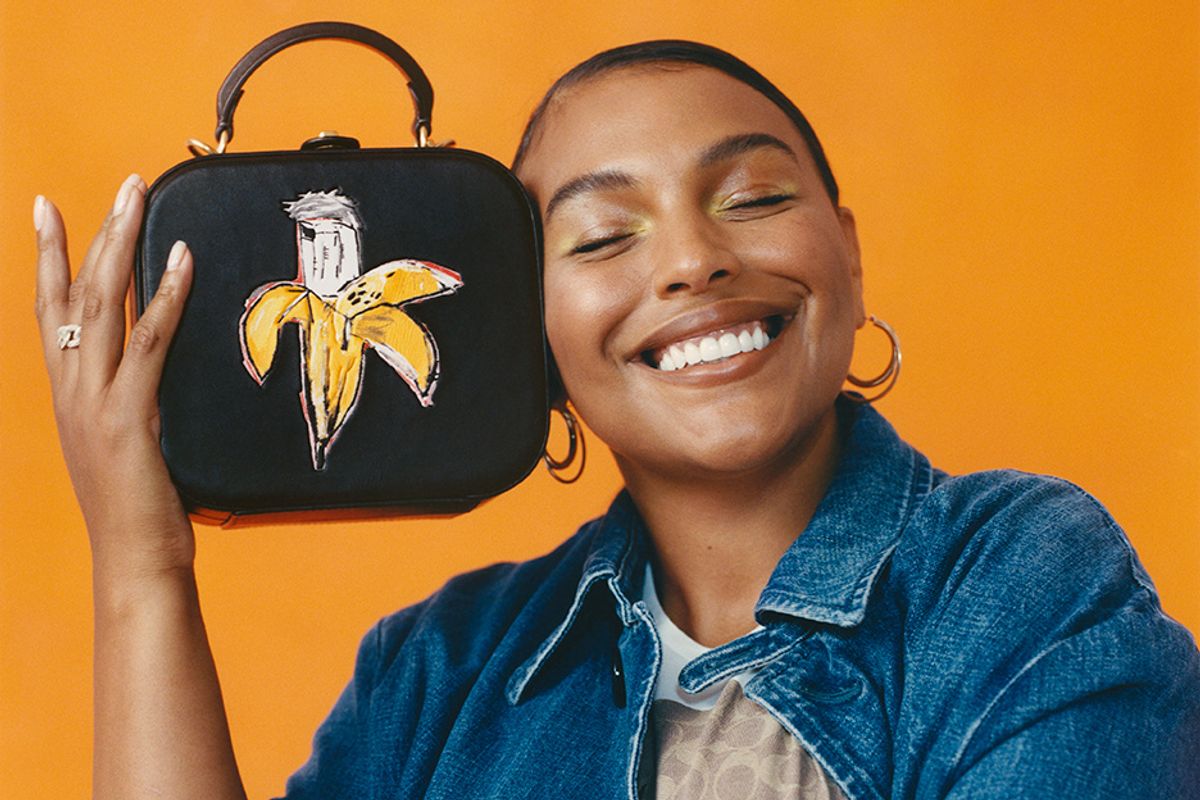 Paloma Elsesser on the Legacy of Jean-Michel Basquiat

For many in the fashion sphere, New York downtown legend and neo-expressionist artist Jean-Michel Basquiat has been a recurring source of inspiration thanks to his cartoon-inspired drawings and raw, graffiti-like images with hurried text. Stuart Vevers, the creative director of Coach, is one such big fan, having sent models down his Fall 2020 runway in pieces featuring Basquiat's distinctive motifs.

But it was Basquiat's use of social commentary — his artworks often referenced power structures and systems of racism — and his subsequent celebration of the Black and Latino experience in a notoriously elitist industry that set him apart from the rest (and predated the societal forces and calls for racial justice shaping the U.S. today).

"Basquiat is one of my heroes," Vevers said. "He embodied the creative, inclusive spirit of New York and was a force for change in his community." The designer, whose Coach x Jean-Michel Basquiat collection launches today, worked with members of the late artist's family on the collaboration, which includes a campaign starring ambassadors of the house like Jennifer Lopez and Michael B. Jordan.

Model Paloma Elsesser, who also stars in the campaign, was among the many famous faces who attended that Coach runway show in February, where the Basquiat collection first made its debut. "Being at the show feels so long ago because it was B.C., before corona," Elsesser told PAPER over Zoom. "I remember it feeling referential to the '70s and '80s, but it also very modern. There was a lot of liveliness and spunk. Also, Debbie Harry was playing at the show simultaneously so that was sick."

She also holds particularly fond memories of shooting for the Basquiat campaign, which was photographed by Micaiah Carter, describing it as a "profound" experience. "It felt very timely to be included in a collaboration highlighting and celebrating Black art and also for a Black artist like Basquiat, who was able to subscribe to the nuances of what it was to be a Black man in America in ways that were really subversive and timeless," she said.

Elsesser remembers being really young when she first encountered Basquiat's paintings. "I think actually I saw the works first and it sparked something," she said. "And then I became more enveloped and excited to know more about him, which I think has taught me a lot of lessons in how talent can supersede identity and that identity also formulates such a richer kind of work."

She continued, "He was quite radical for his time and there was a kind of anarchist disfunction to his work in a way that I think should affirm a generation and young artists to make art, think, exist freely. Basquiat's age of art was in the '80s, which wasn't that long ago but it was long enough to then create more of a space and a chasm to the fact that we can create our own narrative, where no matter how niche or different your story may feel, when you share that part of yourself to the world there will be someone who identifies with it."

Browse a selection of items from Coach x Jean Michel-Basquiat, available to shop now, in the gallery, below.