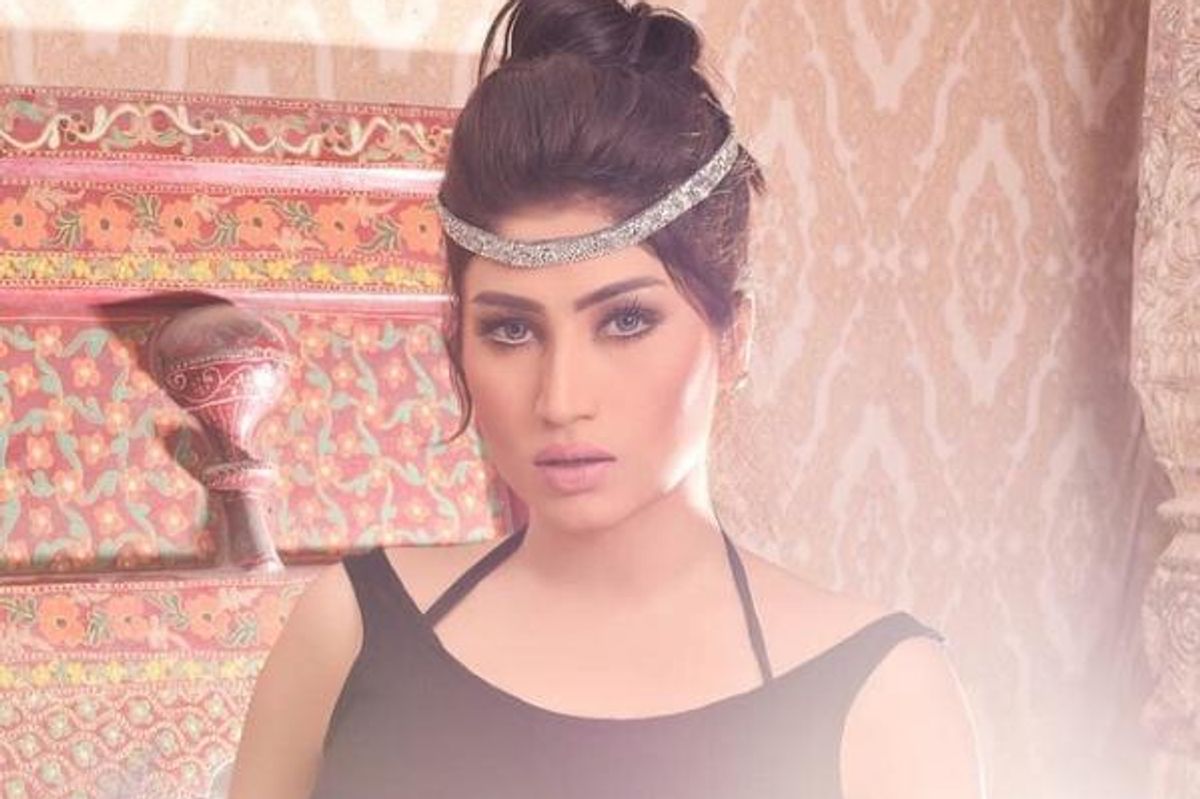 25-year old Pakistani social media star, Qandeel Baloch was strangled to death by her brother on Friday in a so-called "honor killing" over the provocative images she posted of herself on social media. Her parents have been taken into custody along with her brother, who has confessed to the crime. Qandeel, who has been described as Pakistan's Kim Kardashian, had over 750,000 followers on Facebook, and offered a type of female representation that her country hadn't really seen before.

Her confident, sexy selfies and candid video chitchat about beauty regimes and celebrity crushes would be considered commonplace to most of the world, but in overwhelmingly conservative Pakistan, her provocative public persona, "girl power" messaging and burgeoning political engagement made her a cultural lightning rod.

Baloch was both adored and reviled. Unlike more conventional Pakistani female celebrities -- who found fame portraying pious damsels in distress on television and film -- her videos were not slickly produced, her English was not flawless and she was curvaceous and self deprecating. [...] In recent weeks, several of her posts encouraged her audience to challenge old practices of Pakistani society. In a July 14 post, Baloch referred to herself as a "modern day feminist."

Over the last few weeks she stirred up a minor scandal by posting an Instagram photo of herself next to a senior Muslim cleric, Mufti Abdul Qavi, who was subsequently suspended from his post. In a press conference following her death, Qavi told CNN that "her death should be a lesson to all those who point their fingers at someone's honor."

Around the same time as her photo with Qavi, she posted a cheeky music video for 'Ban' a song that celebrated her notoriety. Even though it all seemed like business-as-usual for the star who once performed a striptease for the Indian cricket team, CNN reports that behind the scenes she was terrified for her safety, and feared for her life.

At least international media can see what i am up to. How i am trying to change the typical orthodox mindset of people who don't wanna come out of their shells of false beliefs and old practices.
Here this one is for those people only.
Thank you my believers and supporters for understanding the message i try to convey through my bold posts and videos. It's time to bring a change because the world is changing. let's open our minds and live in present.