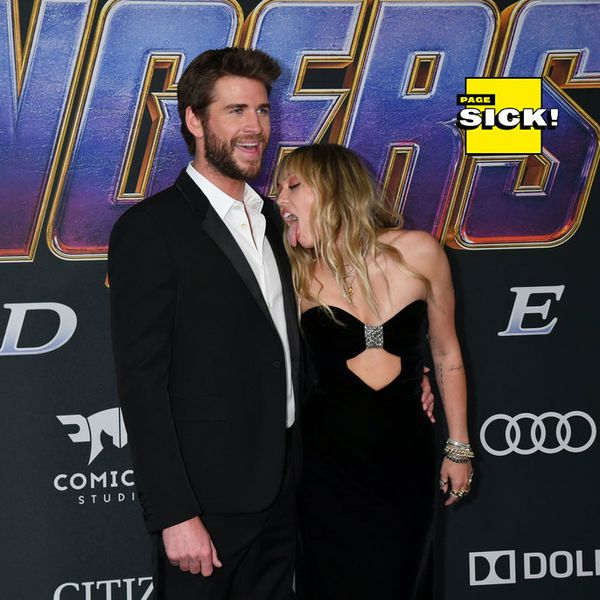 Page Sick: The Best Celebrity Gossip From This Week

Famous people have never shown much respect for the writers and broadcasters who chronicle their lives. Maybe that's fair — Hollywood reporting can be invasive, to say the least. On the other hand, the vast majority of entertainment journalism exists to celebrate celebrities, literally deifying them in the eyes of the public. Even a bad album review or snarky gossip column elevates its subject by deeming them worthy of conversation in the first place. Being talked about means better endorsement deals and movie roles and festival billing. It means getting rich and powerful, basically. A strange thing to complain about, no?

But complain they do. Ariana Grande and Lizzo separately took shots at music reporters this week — Grande, to be fair, issued an apology and clarification. Then Diplo, our King, tweeted his support for critics. An especially kind gesture, considering Pitchfork recently tore his new album apart. Then Olivia Munn of all people wrote an essay take down of the celebrity fashion blog Go Fug Yourself, disturbing the Twitter peace once more. Argh.

Oh well! It's fine! We're fine! Not upset about it or anything. Definitely didn't delete Sweetener from our smartphones in a fit of rage.

The blogging must go on, so here's what else happened in Hollywood over the past seven days.

Britney Spears on Instagram: “Who knew stress would be a great 5 pound weight loss. Yay for me 😉😉”

Britney Spears reportedly checked into a mental health facility a couple of months ago now, and after a prolonged public absence her stans became understandably worried. The #FreeBritney movement came to a head this past week, as concerned Britney lovers protested in the streets and sending hate mail to the singer's family. Many asserted that Brit is being held against her will in the facility — not a totally farfetched theory when you consider she hasn't had control of her personal finances in over a decade.

This week Spears checked out of the facility and tried to set the record straight. She returned to Instagram, pleading followers not to "believe everything you read and hear." Then posted a fitness video? Needless to say, literally everyone on the planet just wants the best for Brit at this point. It's definitely comforting to take her latest posts at face.

Ahead of releasing a surprisingly Jojo Siwa-esque Brendon Urie collaboration that not even her most hardcore stans saw coming, Taylor Swift graced Tuesday night's TIME 100 gala with her presence and a medley of greatest hits. She wore a pastel pink princess dress that hinted at her brand new post-Reputation era, which officially launched today. Her boyfriend Joe Alwyn was nowhere to be seen, as usual. But the real headline here is actually Martha Stewart's amateur concert photography. Does Martha love Taylor, or hate her more than any other person in the world? You decide.

Not a lot of news came out of Calabasas this week, but know this: Kendall is officially an oral care influencer. Also, Kylie's doing brows now! And Scott will be flipping houses on E!'s dime this summer.

Sources Close to the Couple Say...

Paper Magazine on Instagram: “@mileycyrus at the #avengers premiere is my #mood”

Pete Davidson and Kate Beckinsale are over, unfortunately. We will miss their tongues. We will miss Kate's flawless blowouts and subtle balayage. We will miss Antoni's strained smile. The good news? It was reportedly amicable, and the door appears to be open for an eventual reunion. Conflicting schedules! Etc. Adele and her husband have also called it quits, and they too are throwing the words "amicable separation" around.

Meanwhile, Liam Hemsworth and Miley Cyrus are very much still on. The newlyweds hit the red carpet together in honor of the new Avengers movie, which Liam... is not in? He is not in the movie. The younger Hemsworth was presumably in attendance to support Chris, who plays Thor. Miley was there to be Miley, and every photograph was worth a Getty subscription. On her Instagram Story, Cyrus confessed she was "literally freakishly obsessed with [my] husband right now." He is incredibly hot, actually, so that's fair.

Bonus round: Blake Lively used to pass off Forever 21 red carpet dresses as "vintage." The Hustlers cast became even more iconic. Kid Cudi is a real one. Roseanne Barr kind of came out of the closet. Mathew Knowles told us all about the Destiny's Child musical. Blac Chyna didn't get into Harvard? And the Jonas Brothers really went for it.