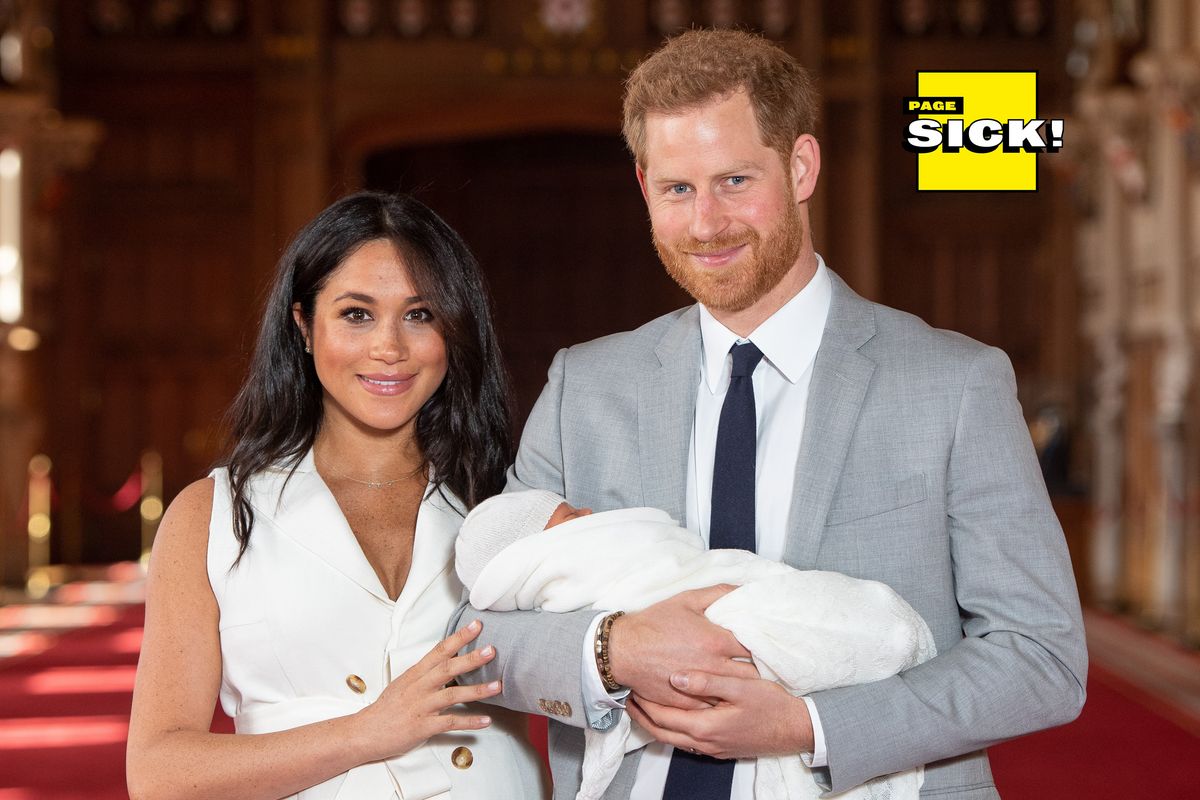 What would you do for fashion? Wear a big ol' HAMBURGER in front of the entire world? Perhaps a giant chandelier? What about both, in the same night? We are crowning Katy Perry the Met Gala's Queen of Camp — she nailed the brief in Moschino. So did Zendaya, out there in her light up Cinderella dress... no matter what Lindsay Lohan had to say about it. And naturally Lady Gaga, whose entire insane career had been explicitly leading up to that very moment she stripped down to her panties in front of the Metropolitan Museum of Art.

Then there was Kim Kardashian. She turned up just looking... very hot? It's not what you're meant to do at the Met Gala. It just isn't. The one detail about Kim's look that I can't get out of my head, have literally thought about every hour on the hour ever since I was made aware of it, is that she was unable to pee while wearing the dress. It was, quite simply, too tight! When you can't perform basic human functions, it's time to reconsider the 'fit. Her after party look was perfect, though. Kylie, Kendall, and Kris all looked incredible, too.

There's nothing better than endlessly scrolling through Met Gala photos. Even though Rihanna didn't show this year. From what the men wore to all the celebrity Instagram comments you missed, find our complete coverage here.

So what else happened to the famouses this week?

Chill royals Meghan and Harry have had their first child! The one they're promising to raise with "a fluid approach to gender." Truly, Meghan Markle is the best thing that has ever happened to the aristocracy.

The couple named their kid "Archie," which is totally a Riverdale reference, right? Something tells me most royals aren't that into streaming services, but I always knew Meghan and Prince Harry were Netflix people. They seem fun, and also kind of normie, right? You can very easily picture them cry-laughing along to Queer Eye. Riverdale is very on board with this theory, calling Windsor x The CW "the best crossover ever."

(Less fun royal baby news: BBC DJ Danny Baker was fired, we can only assume swiftly, from his weekly BBC Radio 5 Live show after using an image of a chimpanzee in a post about Meghan and Harry's newborn.)

We've been devastated to learn that Britney is reportedly experiencing further health struggles. She also recently filed a restraining order against her former manager Sam Lufti. Cardi B is concerned, too. While launching her second Fashion Nova collab, she sent a heartfelt message to Brit that referenced her own issues under the spotlight.

"I love you and I totally understand," she said. "Fame will really drive you insane... When you're a celebrity, everyone wants to sue you, everyone wants a piece of the money that you work for."

What’s Going on With Jake Paul?

These power YouTubers need to check themselves. Jake Paul's lawyer has responded to claims that multiple guests were allegedly drugged at the vlogger's house party last weekend — one mother alleges that nine girls ended up in hospital.

Paul was hosting the party in honor of a friend's birthday, but his reps say he "definitely wasn't involved."

Breakout Pose star Indya Moore revealed they're a survivor of sex trafficking, in an incredible Elle cover story. They're the first non binary trans person to receive the honor.

Moore said they met sex traffickers on Facebook, and that they promised to help them get the money they needed for hormones. They were "just a kid" at the time. Read more here.

Kim Kardashian and Kanye West's surrogate gave birth to their fourth child, a health baby boy. Of her new Taurus son, Kim tweeted: "He's here and he's perfect!" She added that he's "Chicago's twin," which means he is beautiful. Congrats!

And you'll be pleased to know that we've ranked every Kardashian look ever worn to the Met Gala since Kim first attended as Kanye's +1 in 2013. #Couchgate. Remember when Kendall wore a Topshop prom dress on the red carpet? Or when Kylie and Travis made a case for tiny sunglasses as formalwear? Or Kim's naked dress moment? They've given us so much over the years. Although I really wish someone would send Kourt and Khloe invites next time. Scroll right to the end for a fun surprise.