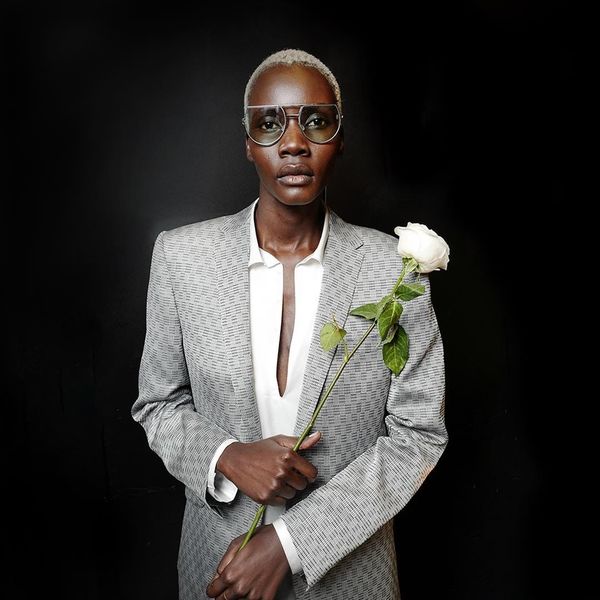 Ozwald Boateng Launched His Own Take on AI at the Apollo

The show began with a short film about African storytelling and the future of AI. The collection on view aimed to show the ways a person can express authenticity in this day and age. To do this, Boateng presented a range of clothes that prioritized a type of unbothered casual elegance — invoking both the essence of Harlem Renaissance icons and African royalty — through silken fabrics, dynamic shapes, and vibrant prints. Additionally, the event featured musical performances from The Harlem Orchestra and opera singer John Holiday. Items were also available to be bought via see now/buy now, exclusively on Vero, who live-streamed the show.

Further, adding to the show's focus on tech, Boateng redefined what AI could mean by promoting different acronym breakdowns online, from "Authentic Identity" to "Ancestral Identity."

Nothing artificial about this form of artistic intelligence. Boateng and British Airways first joined forces last year, when the airline announced him as the next British designer to create new uniform styles for their 32,000 employees who wear them for their roles.

"We live in a time where Authentic Identity is becoming a crucial part of who we are and the journey we are on," Boateng says. "My journey continues through working with British Airways on the new uniform, something I am proud and excited to share next with the world."

Until those are unveiled, see what guests wore to Boateng's Apollo presentation:

And here's what showed on the runway: