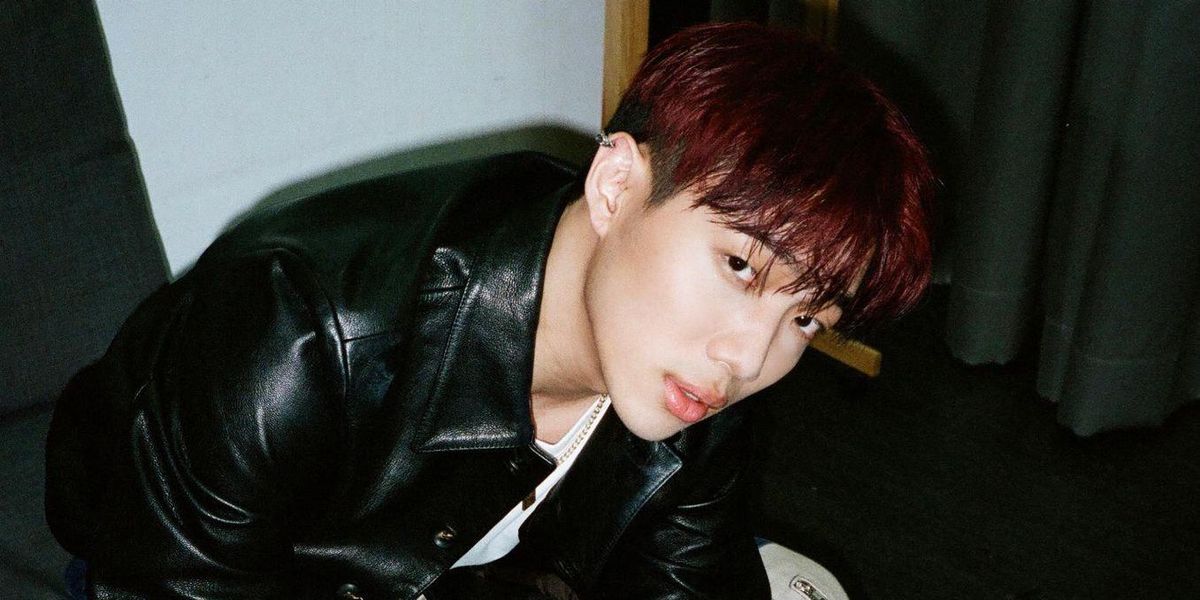 On his latest track, "LUFU," ØZI collaborates with R&B artists Arin Ray and Gsoul, from the US and Korea respectively, blending the sounds and styles of LA, Seoul and Taipei.

The result? A universal sound that resonates regardless of location with a message that follows suit. The lyrics' intense vulnerability regarding a hopeless romance and making the most out of a toxic world bring a bittersweet relatability to listeners.

"That simultaneous feeling of love and hate towards your special someone... and it's frustrating, but it's also pathetically romantic," ØZI said.

PAPER caught up with ØZI to talk about "LUFU," his sophomore album PEDESTAL and how he works to bring both sides of his culture into his music.

Tell me about the meaning behind "LUFU" and why you released this track.

The song "LUFU" is about... embracing the idea that "love and pleasure comes with pain, and it's worth it." I feel like we often get trapped in toxic relationships with a person, without being aware of why we are there in the first place. I always end up feeling like... the more I don't understand her, the more I need her.

Back when travel was open, I took a trip to LA to expand my sound. I was introduced to the current producer I worked on this album with, Ian Thomas. Even though we are from two different sides of the globe, there was a connection musically, and "LUFU" was one of the first songs we worked on together. As he worked on the beat, I started scatting some lyrics and melody ideas and my subconscious just kinda went to "I just wanna love you, but fuck you." As for why I released this track? Well, a lot of people might be looking for love right now but will take what they can get. That's the same no matter where in the world you are, and if so, this may be your vibe.

In the track, you say "Didn't call 'cause you knew I would." I think that's a really relatable feeling. Do you find that you experience this responsibility to be the one to reach out to people more often than not?

All the time. I feel like it's just something that people experience a lot when being romantically involved with someone that you love more than he/ she loves you back. That power struggle is not always only between two people too; it's also all that internal conflict you experience during that process. That simultaneous feeling of love and hate towards your special someone... and it's frustrating, but it's also pathetically romantic.

In "LUFU," you worked with American R&B artist Arin Ray and Korean R&B artist GSoul. How did you all work to combine three different areas of R&B music into one track?

Well first and foremost, I've been a huge fan of both of their works for a while. Arin's been on my radar since his Phases II EP with the Kehlani feature, and his Platinum Fire album was also just such a vibe. And with GSoul, man, he's a living R&B legend out here in the Asian R&B world. I still remember when I first came across this video back in 2016 of him singing a Donny Hathaway cover... that video still blows my mind. I wanted "LUFU" to be a fresh perspective of an R&B sound, almost like a cypher, that combines elements from a few R&B artists that came from completely different musical and cultural backgrounds to create something extraordinary. Having that in mind, reaching out to them on this record was an absolute no-brainer for me. Our approaches to the track are so different from each other, and yet flows so well throughout the whole song.

I wanna add that the biggest struggle I had during the creative process was shooting the music video. I had to come up with a storyboard that flows visually for the three of us, who are currently in three different places and time zones in the world right now. That required a lot of pre-production planning and communication with different teams from overseas. Gotta give a huge shoutout to the homies Kvn, DPD and Alex Oh for the huge support. Glad we were able to pull it off.

I want to talk about your sophomore album, PEDESTAL. What can fans expect? What sets this piece of work apart from your eponymous debut album?

PEDESTAL was a journey of personal challenge and artistic growth for me. My debut album in 2018 was me exploring myself as a new artist in the Mandarin pop industry, trying to find my voice and identity in the local game. I'm grateful for that first album, getting me seven GMA nominations and "Best New Artist of the Year" which is like the Grammys for Mandarin music. It set me on a path and mission to pave my own road for what's next for myself.

The next challenge for me was to explore the other half of my roots and challenge myself to figure out who I am and where I belong in that way; that to me means more English songs. Throughout the making of PEDESTAL, I had the chance to work with top tier artists, songwriters, and producers in LA, and learn from them. I had to go through lots of trials and errors, having to change the way I approach songwriting versus how I was trained, and then being able to just toggle my brain back and forth like a switch. That was a huge struggle for me. In the end, I figured a way to blend and fuse what I've learned from both sides and molded it into a project that I think will define my sound and individuality, putting me on a pedestal of international music. That's what this album's about.

You've released other tracks during the pandemic, including "SLIDE" which premiered earlier in 2021. How does this track compare to the others set to be on PEDESTAL?

My show is all energy — Taipei nightlife is all energy; "SLIDE" is that energy. We started the track with a flipped horn that sounded like a WuTang sample, and thought it'd be such a different energy for an Alt R&B sound. This song is pretty much about my nights till the "late-late-six" in Taipei. [laughs] The rest of the album is emotions and waves, and overall more chill. I'm from LA, and I'm from Taipei, the sound for PEDESTAL is placing those two worlds together.

What inspires and guides your tracks and their sounds? Is it based more on how you're feeling, does it happen randomly, etc.?

For me, emotions and energy lead for all my songs. I try not to overthink anything and just let things go with the flow. I love music as a craft, so I get my hands on every part of what goes in and out from songwriting, producing, directing MV's to even starting my label Forbidden Paradise. I keep a lot of voice notes in my phone when I write, so I can capture the precise emotions I get instinctually when I experience things that inspire me. The minute I start writing and producing a song, I'm already planning MVs [music videos] and how I want to edit, while thinking about how I want to market and release. Keeping my brain exercised like that at all times is how I stay inspired and keep the momentum going.

Fans can clearly hear a mix of Mandarin and English throughout all of your tracks. As you gain fame in America, why is it important to you to keep your Taiwan roots present within your music?

The duality of my heritage as a third-cultured Asian American artist is something that I want to hold on to in my artistry. It's always been a challenge for me finding an identity for myself while balancing the two cultures. It is so difficult to keep the balance and not lean on one side of who I am. I feel like if I do, I would be betraying the other side, and that just doesn't feel authentic and real to myself. For this current project, it is more English leaning. The next album might be more Chinese, or it might not. Who knows? At the end of the day, as you follow the journey, you're gonna be able to see both sides of me, and I'm proud to represent both sides.