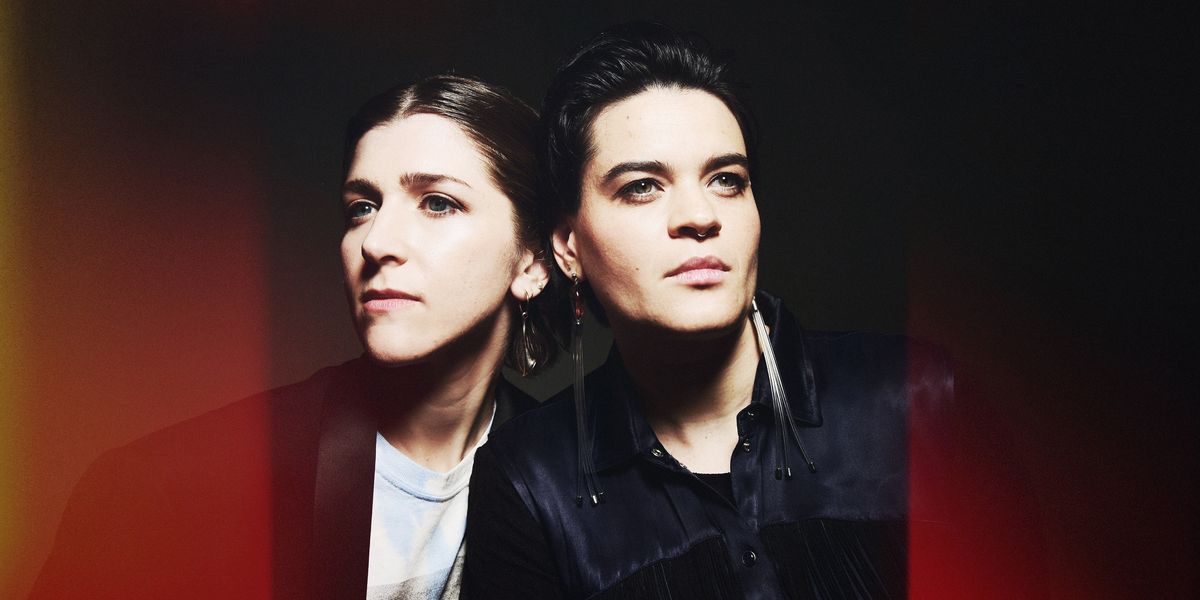 Following the release of their 2020 album, The Fight, a 10-track effort that attempts to find hope amidst political unrest, Brooklyn duo Overcoats released today a cover of Radiohead. The lyrics of "No Surprises," which appears on 1997's Ok Computer, feel especially relevant, right now: "Bring down the government," sings Thom Yorke. "They don't, they don't speak for us."

"It's important to us to make music that can invoke a positive response in people," says Overcoats, adding that "No Surprises" is a "more intimate look at the hopelessness that we also experience." Their version of the Radiohead classic is a lighter, acoustic rendition with warm harmonies and twinkly piano melodies — something that certainly feels optimistic despite its subject-matter.

For its visual accompaniment, New Angel Productions reimagined Radiohead's original "No Surprises" music video "as a rhythmic collage of faces entrapped within the glass confines of their own screens, scanning the lonely airwaves of an entirely virtual world." More than 20 years since the first video released, their updated treatment for Overcoats still looks fresh.

Below, PAPER asked Overcoats to rank their 10 favorite Radiohead songs, many of which have been mansplained to them by male music lovers — as male music lovers do. From "15 Step" to "The National Anthem," this is their reclamation and an expert guide for you.

We love this track for its cool minimalism, its really beautiful guitar part and the distorted drum loop. The song manages to remain sounding modern as the years pass. We have, in the past, felt a sort of guilt/embarrassment about loving this song and the full album, In Rainbows, because this was a record that men always really loved to mansplain to us.

This track has always felt meditative, beautiful and heartbreaking.

3. "Everything In Its Right Place"

This was the first Radiohead song that got mansplained to me in college by a cute boy in a dorm room. I believe he played it loudly on speakers to try and impress me with his discography. And yes, you guessed it, he turned out to be a dick.

"Creep" is one of the first Radiohead songs either of us ever heard, probably on the radio as teenagers. A fascinating confrontation of guilt and taboos.

We love this one because it's a straight up pop song. Radiohead does the most esoteric shit ever, but then they also have pop songs like this one that you just absolutely cannot get out of your (radio)head.

With an amazing live sample of radio tuning at the top of the song and a driving "Clinic"-like rhythm, this song inspired a way of spoken lyricism in our music. The intergalactic soundscape from this song also really inspired our production on the "No Surprises" cover.

Our favorite, duh. The song amazingly captures a feeling we all know and describes the escape we all yearn for.

Love the guitar sound and vocal chain/verb/chorus on this one. Appreciate the harmonies and the way Thom Yorke sings on this one. Really good dynamics in this song with the moments of intimate guitar melodies followed by walls of guitar/computer sounds that bombard you.

This song was on the first mixtape a boy gave me in high school. Still love it.