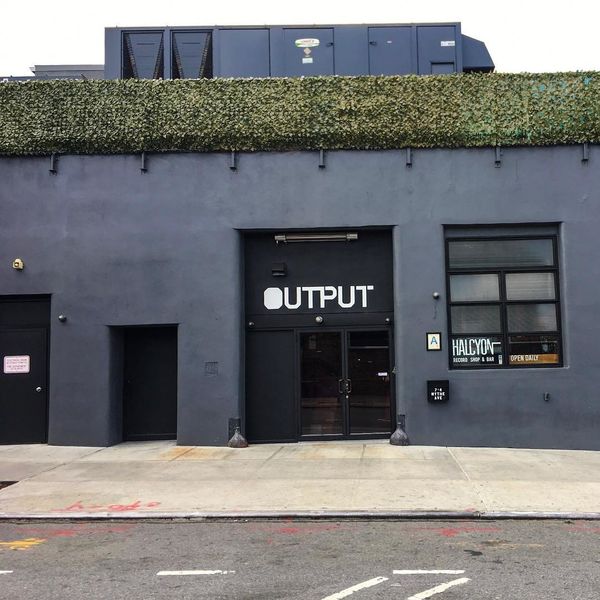 Output's Closure Is a Brutal Blow to Brooklyn Nightlife

"The mission was to establish a proper home for the music-focused underground which had been displaced by Manhattan's wealth and celebrity-obsessed nightlife," the founders of Brooklyn club, Output, say in a statement about what initially brought them across the East River. In a surprise announcement today, Output's founders have now revealed that the Williamsburg-based house and techno mainstay will be closing.

Citing a myriad of mounting reasons, including rising rent cost, social trends, and existential challenges, Nicolas Matar, Bo Pittman, and Shawn Schwartz wrote that Output will be permanently shutting its doors at the start of the new year. The three admitted that "writing on the wall" had been a long time coming but that fact still does very little to lessen the sting.

Founded in 2013, the club was revered for its state of the art sound system and wide variety of talent. Everyone from big acts like LCD Soundsystem and James Blake to underground heavy weights like Richie Hawtin, Carl Cox, and Maya Jane Coles have graced the decks. Even Idris Elba recently headlined a night at the venue!

A brutal blow to Brooklyn's nightlife scene, Output was the go-to venue for any DJ stopping through and it's hard to imagine where all of that will go once they are gone. However, Output is only the latest in what is becoming a long line of Brooklyn venues to close their doors due to sky-high rent costs in what has become a disturbing and disheartening trend.

The Dreamhouse, the spiritual successor to legendary NYC queer nightlife space Spectrum, also announced recently that they too would be closing their barely just opened doors. The Gateway, another multi-level venue and bar, also closed its doors before the start of this past summer, turning to crowdfunding to help get back on their feet.

Despite the relatively recent repeal of NYC's outdated cabaret law and the appointing of a nightlife mayor, it is clear that Brooklyn's vibrant and vital DIY scene is still under threat. Newer venues are continuing to open up deeper into Brooklyn as gentrification pushes its way east of Williamsburg but without any form of protection from greedy landlords and developers it is almost a guarantee that more closures will continue to follow. Promoters are increasingly turning to pop-up venues and warehouse shows as a way to circumvent increasing venue costs and upkeep but with that comes added risks like police raids and spontaneous cancellations. Clubs more often than not provide a stable infrastructure to host events and serve as a hub for their local scene.

With a new generation taking over Brooklyn's musical landscape, now more than ever it is important to provide a home for these emerging voices.