Outlaws of the Border Report: A Surreal Weekend

We started Saturday off by dropping by the Alexander Wang show, and thank goodness we did. The show was held at Pier 94 and the space could not have been bigger, cooler, or more industrial with it's super high ceilings. The music started with a serious battle drum turned sexy MIA. The collection had a equestrian, geometric, minimal edge that some how worked the sex element in. Congratulations Mr. Wang, you killed me. Straight across from us I noticed Kim Gordon, my dream boat, and Terry Richardson. A few peeps down I eyed the model Erin Wasson. So the cool scene definitely showed up.

We then ran in umbrella packs down to catch a glimpse of BOY by Band of Outsiders. Scott Sternberg showed presentation style, and man does he do a good job. The clothes are clean and preppy with small quirks that make them extremely desirable. In fact, one of those suits is soon to be mine.

I noticed most of the same people had followed, and Kim Gordon once again was right in front of me. I usually have no response to celebrities, but come on, we are talking Sonic Youth here. I was too nervous and awkward to ask her to pose for me. I tried to snap Cole Mohr, but when I tried photographing him he started moving too playful for my fumbly hands. I am a designer; this photo blogging will take some practice.

We headed upstairs as we noticed streams of people and got to check out the Victor Glemaud presentation. There were a dozen or so half naked men lined up against a wall. The collection focused on summer sportswear. The windows in the room were huge and the river view was a plus.

Next in our highest heels we crossed town yet again and headed up to the United Nations, for a benefit rock show for Pakistan. My old friend Chris Traynor plays with Gavin Rossdale. We caught a glimpse of Gwen Stefani, and watched Gavin and Chris perform before delegates... the day could not have been more surreal.

Last stop was the United Bamboo party in Chinatown. The bar was a strange but cool choice, a darkly lit restaurant/bar. In the back we found a dance floor that flooded late into the night, I think to a max capacity of 500. People could not have looked happier. 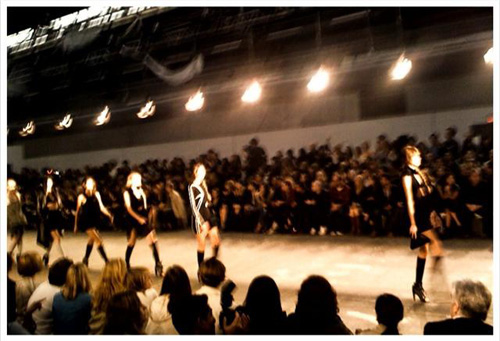 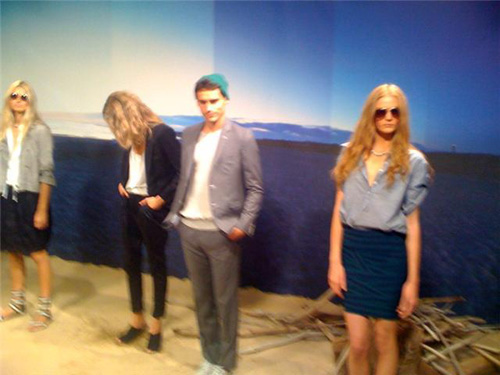 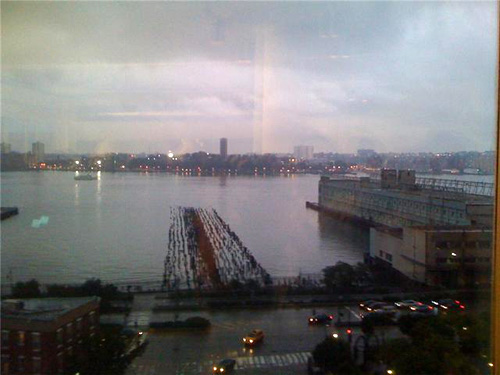 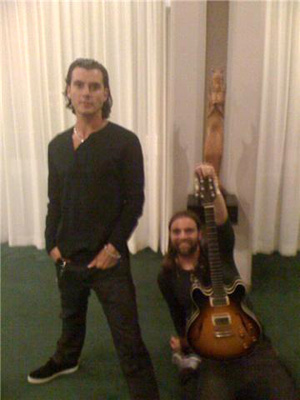 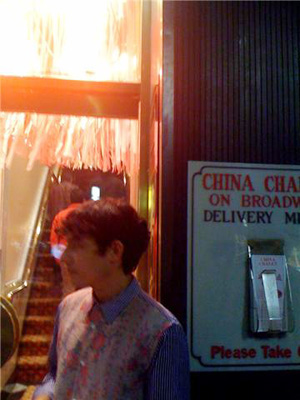 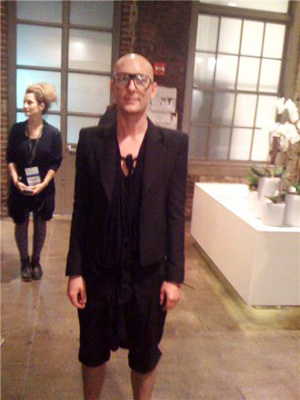 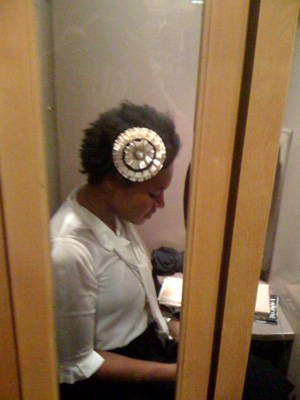 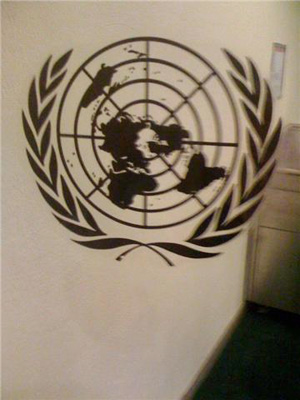