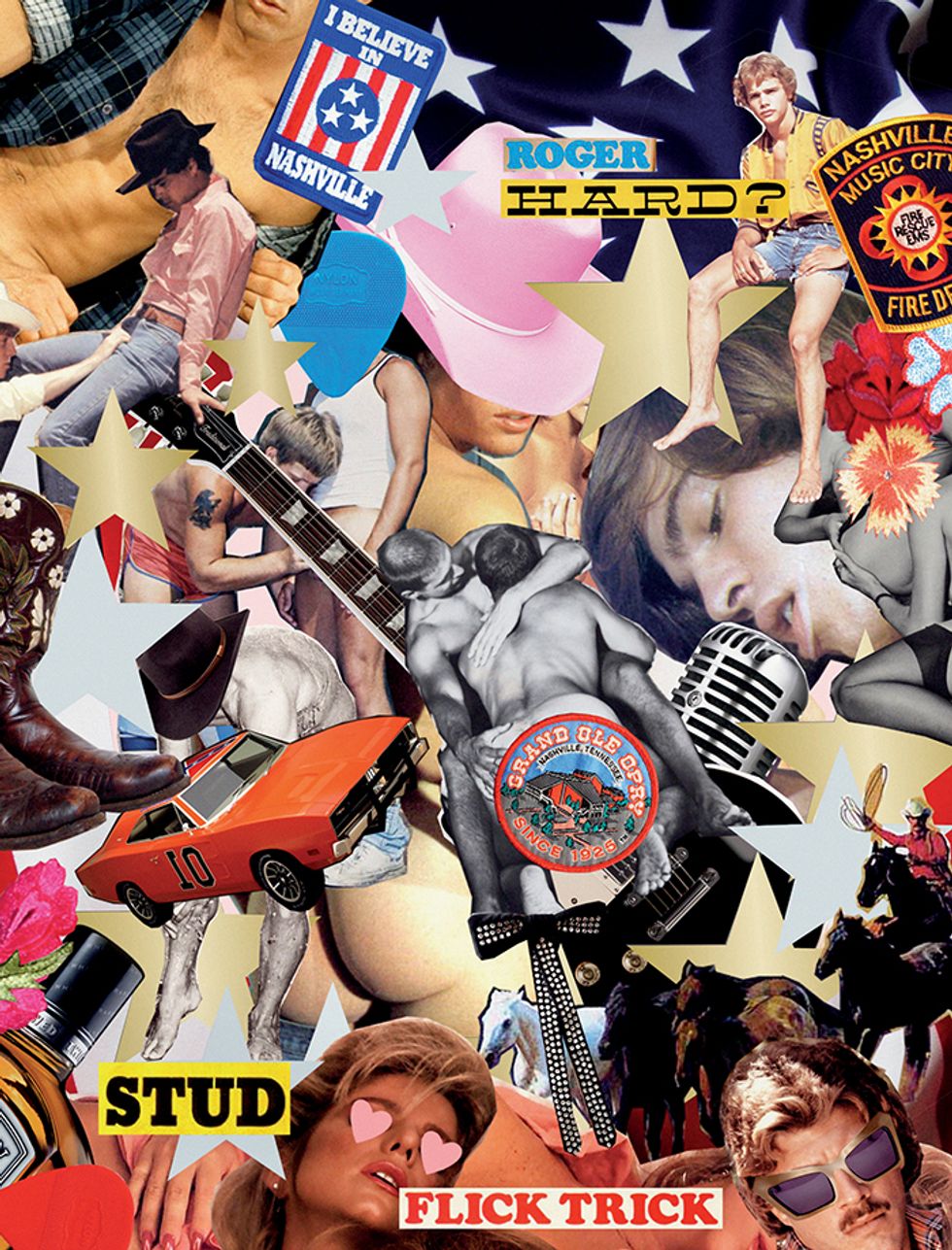 "I'm crying in a damn @McDonalds restroom in VA Thx to you both, @TyHerndoncom and @BillyGilman." That was LeAnn Rimes tweeting about the courage of two of her country music colleagues, both of whom publicly came out of the closet last year.

But let's back up a bit. The first major country star to speak openly about being gay was Chely Wright, who came out in 2010. A 44-year-old native of Kansas City, Missouri, who rose to prominence in the late '90s with a slew of sassy, pop-influenced singles, Wright tells me about her years in the closet in a calm voice that belies her agitation: "I can't overstate how debilitating it was... that fear that I was going to be outed." Her turning point came in 2006, when a breakup with a woman she loved almost caused her to end her own life with a 9-millimeter handgun. It was then that she decided to unburden herself of her secret.

Billy Gilman, 27 years old and originally from Westerly, Rhode Island, was only 11 when he landed on the Billboard country music charts with his hit "One Voice." Gay rumors abounded for years and prevented Nashville execs from booking him. As he speaks, his confident tone wavers only when he recalls the threat of getting outed: after a reporter snapped photos of Gilman and his boyfriend attending a local festival together, he decided that he needed to share his personal truth before a media outlet did so for him.

Ty Herndon, 53, who was nominated for a Grammy in 2010 for his album Journey On, lived in terror of being shunned by the industry -- and by the Christian community in his hometown of Butler, Alabama. "Being a young kid and hearing that you're going to burn in hell for who you are was a pretty bad thing for a young fellow to hear," he says. Herndon strived to pass for straight, struggling through two marriages to women who kept his secret, and fell into drug and alcohol addiction. "I was in such pain," he says. "My family and friends had known I was gay for a long time, and it was time for the fans to know."

Having all graced the Grand Ole Opry and beyond, Wright, Herndon and Gilman needed to come out in a public way. In May 2010, Wright made country music history when she revealed her story in the pages of People Magazine. (She later told the Today show, "I feel as if it's my birthday.") She continued to speak about her journey in her memoir Like Me: Confessions of a Heartland Country Singer and the documentary Wish Me Away.

Herndon and Gilman spoke publicly about their sexual orientation just last year -- on the same day, coincidentally. On November 20, Herndon spoke with People.com and Entertainment Tonight; he told the former, "I'm an out, proud and happy gay man... I'm looking forward to living the rest of my life authentically." Gilman made his announcement in a simple YouTube video. Though he confesses he's not well versed in social media, Gilman liked the immediacy and intimacy of speaking directly to his fans via YouTube. "I can honestly say I'm scared to death," he says in the five-and-a-half-minute clip. "But it was time for me to be honest." (Gilman also gives a nod to Herndon in the video for his "courageous effort" earlier that day.)

The three artists have received mixed responses from the Nashville industry and their fans. Wright, the trailblazer, took much of the heat. In 2011, she told the lesbian blog Autostraddle, "My life has been threatened. I get nasty letters every day." She tells me that the reaction comes as no surprise in America's homophobic climate: "Half of the nation is not OK with equal rights for people like me. Why would anyone think that country music would fare better than the nation?" At the same time, she says, "The positive side of coming out in country music, or any type of traditionally conservative genre, is that you get a chance to move the needle."

Of course, there's more to this part of the story than bigots and trolls. Gilman has received hundreds of thank-you emails from fans who remain in the closet. Herndon has been moved to tears by the fans who've drawn strength from his example. He says, "Two days after I came out, this 17-year-old kid brought his parents to see my show, and he said, 'After you came out, I came out to my parents. I want to be a country artist.'"

With the growing support for marriage equality, there's hope that the country -- as well as country music -- will expand its acceptance of gays and lesbians. As for the fate of LGBTQ country music stars, Wright paraphrases a telling note from a fan: "I thought that I wasn't for equality. I guess you've made me change my mind a little bit."
You May Also Like
Music

'Time Flies' But We Still Have Ladyhawke

Nick Ward on Being the 'PRINCESS' of His Relationship