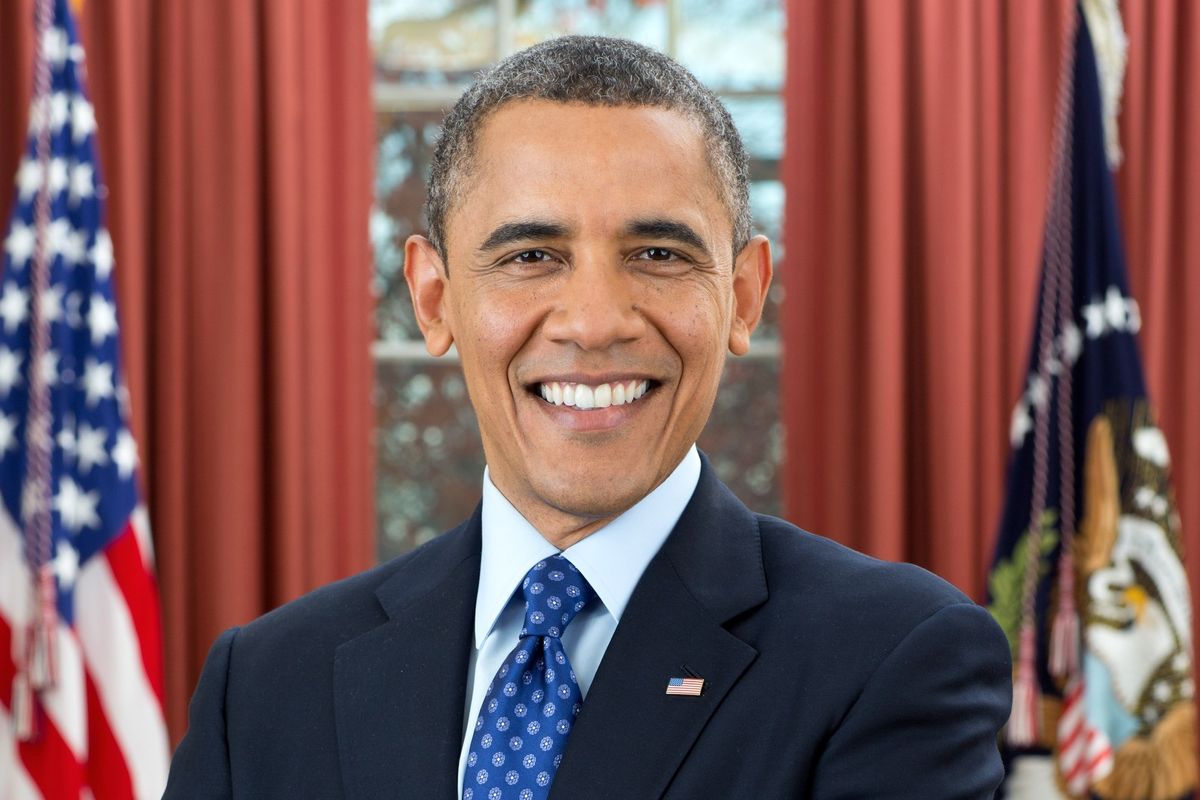 As we approach the final moments of President Barack Obama's second and final presidential term, we grow closer and closer to the reign of President-elect Donald Trump. And while it's terrifying to think about the future, we want to take a second to appreciate and celebrate the last eight years. A great President and a great person, we've rounded up five of our favorite moments -- highlighting his strength in the face of adversity, his loving spirit and his caring nature -- from President Obama's historic two-term stint in the White House.

Heart-Warming Moments With Young Ones


There have been so many times that Obama proved he's a hit with America's youngest citizens. Just take everything he did to give kids and their families a treat they'll never forget during White House events like the annual Easter Egg Roll and the Trick-or-Treating extravaganza. After all, there's a reason the #ObamaandKids tag exists. Just one of the most amazing moments though? Every time he got animated while reading Where the Wild Things Are, his favorite childhood book, to a large group of smiling kids during the Easter Egg Roll.

Compassion For The Victims Of The Sandy Hook Massacre

And who could forget the moments Obama showed that he is human? One of the most poignant examples of this was when President Obama choked up discussing the 26 people, including children, who lost their lives in the horrific 2012 Sandy Hook Elementary School massacre. Spurring intense conversations regarding gun control in America, not only did this moment show that this is an issue the President cares deeply about, it also showed his human side, that he has empathy for those who are mourning their loved ones due to this senseless act of violence.

Yet another example of Barack Obama's humility was when he sang "Amazing Grace" during the funeral service for Rev. Clementa Pinckney, one of the nine people killed by Dylann Roof in the Charleston massacre. Never one to shy away from his belief that America is stronger when its citizens are united in their differences, he made sure to focus on what it means to be graceful while giving his eulogy. "Grace is not earned. Grace is not merited. It's not something we deserve," he said. "Rather, grace is the free and benevolent favor of God."

The Mic Drop Seen 'Round The World'

Who could forget one of the most talked-about moments from his final White House Correspondent's Dinner in 2016? After recounting some of the highlights of his eight years in office, Obama literally dropped the mic on the haters, solidifying both a great run as President and his effortless cool. POTUS made sure that he brought a little fun to a serious political position because, hey, what else was there left to do as the first African-American president?

Giving Us Hope After The 2016 Election Results

Obama made sure to address the American people following Donald Trump's win with a much-needed message of positivity.

"The day after, we have to remember that we're actually on one team," he said. "We all want what's best for this country." During the same speech, he also made sure to talk directly to the youth, who he and the First Lady have been trying to reach throughout his two terms, in order to instill a bright outlook.

"To the young people who got into politics for the first time and may be disappointed by the results, I just want you to know know, you have to stay encouraged. Don't get cynical. Don't ever think you can't make a difference."