Whether you interrupted the Golden Globes on Sunday night to rabidly devour the season premiere of Girls or you've never heard of Lena Dunham and couldn't care less about a show centered on four twentysomething Brooklyn women, we'll venture to guess that most people would empathize with one of the show's major themes: being in your twenties can sometimes be as overrated as $14 artisanal carrots. You know you should be having "fun," dating lots of inappropriate people, trying out a variety of jobs/cities/romantic partners but a lot of the time, all that unmoored-ness just sucks. And, with little to compare it to, even the smallest mistake you make can feel like you've blown your one chance for The Best Thing In Life Ever. Thankfully -- in most cases -- that's not true. We had the chance to talk to some of the women we most admire in media, literature, art, fashion, food and comedy and hear about what they consider their biggest -- or most memorable -- twentysomething mistake. And, as you'll see, each of these ladies not only got past her youthful faux pas but also went on to kick some major ass in whatever career path she chose. Take note. 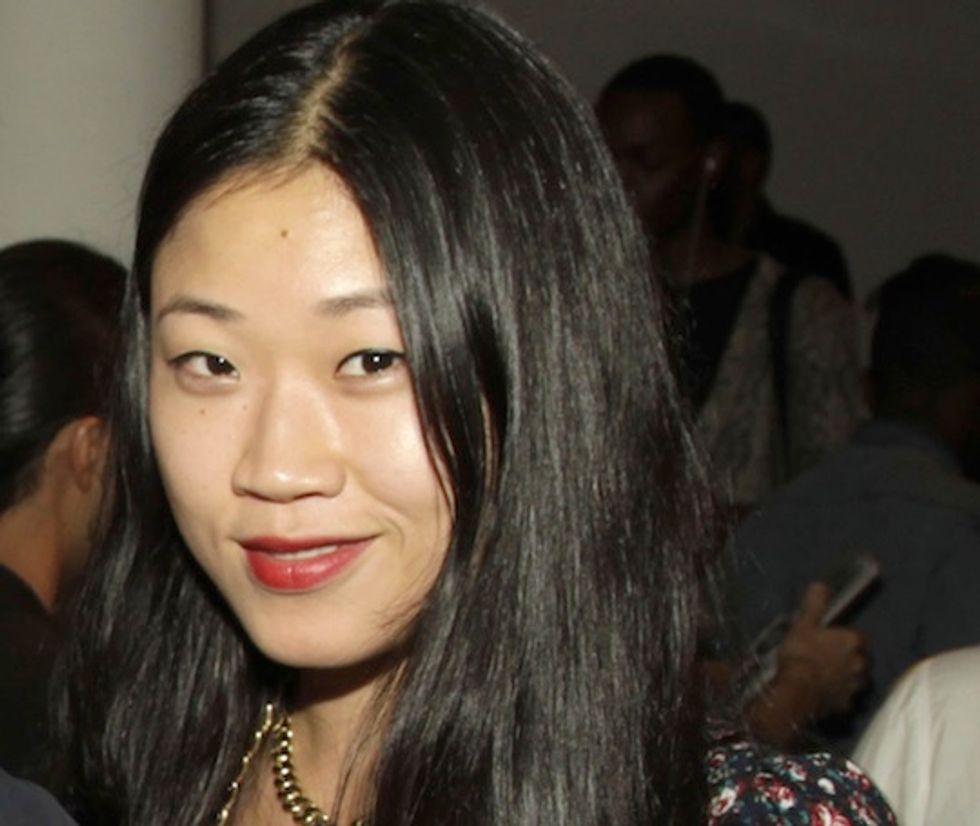 Mary H.K. Choi, Senior Editor at MTV Style
"I really wish I had written more when I was younger. I was such a fucking pill in my early twenties -- super judgey and uptight -- and it was a direct result from being scared and insecure about having moved to New York with no money and zero contacts. I learned everything I could about publishing and ended up being a pretty solid line editor at the small graffiti magazine where I worked but I was too clenched and crazy to just write and put things out there. It's ridiculous in hindsight because, ultimately, who gives a shit? But if I'd been more intrepid, I think I would've figured out what I wanted to do way sooner." [Photo by Adriel Reboh/PatrickMcMullan.com] 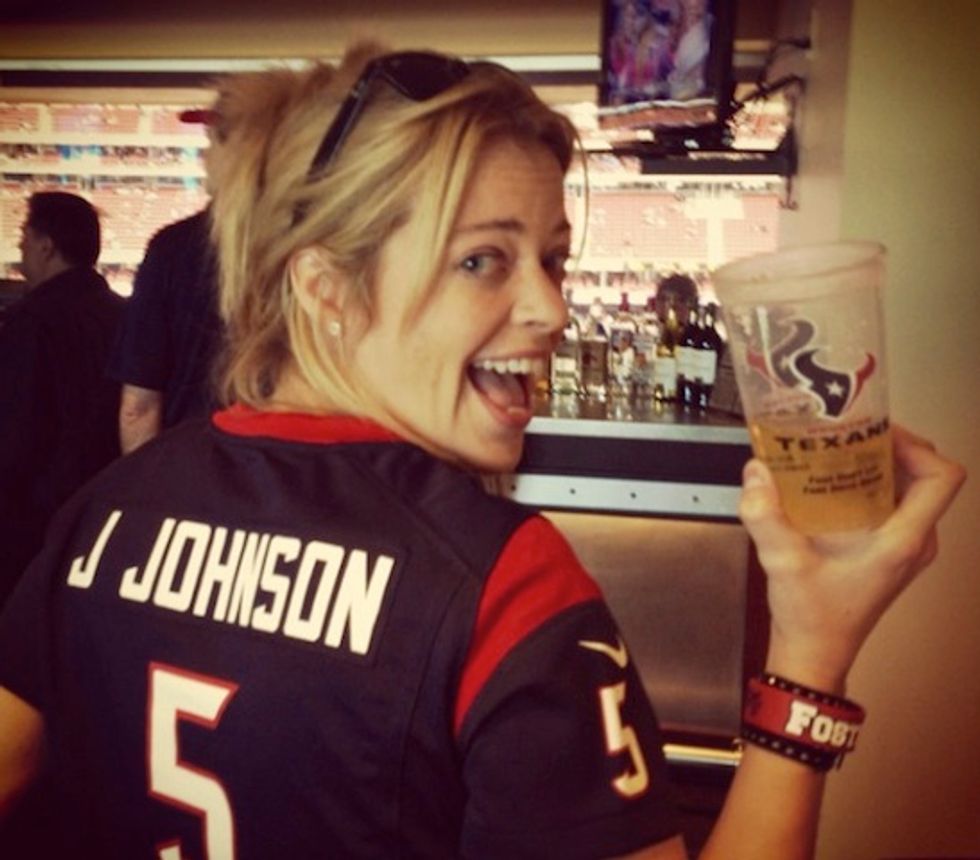 Jenny Johnson, Writer/Master Tweeter
"Right after I graduated from college I moved to Austin, Texas. Austin is an amazing city to live in, especially for a 21-year-old who is bound by nothing. It only makes sense that on my first night there I would go out and celebrate my arrival in the ATX with a group of friends. That night I made the not-so-wise decision to drink enough alcohol to kill a small horse. The details of my evening are a bit fuzzy but there were enough witnesses to inform me that during the duration of my night on the town, I jumped onstage and rapped with the Sugar Hill Gang, punched a guy in the face for grabbing my ass and doing that tongue-between-the-fingers thing at me, stole a loaf of bread and cold medicine from a house party, rolled my friend up in an area rug, puked in a Jack-In-The-Box parking lot, called 911 because I lost my keys, broke a window to get into my apartment and passed out in my bathtub with an uneaten hamburger on my chest. Drink wisely, kids." 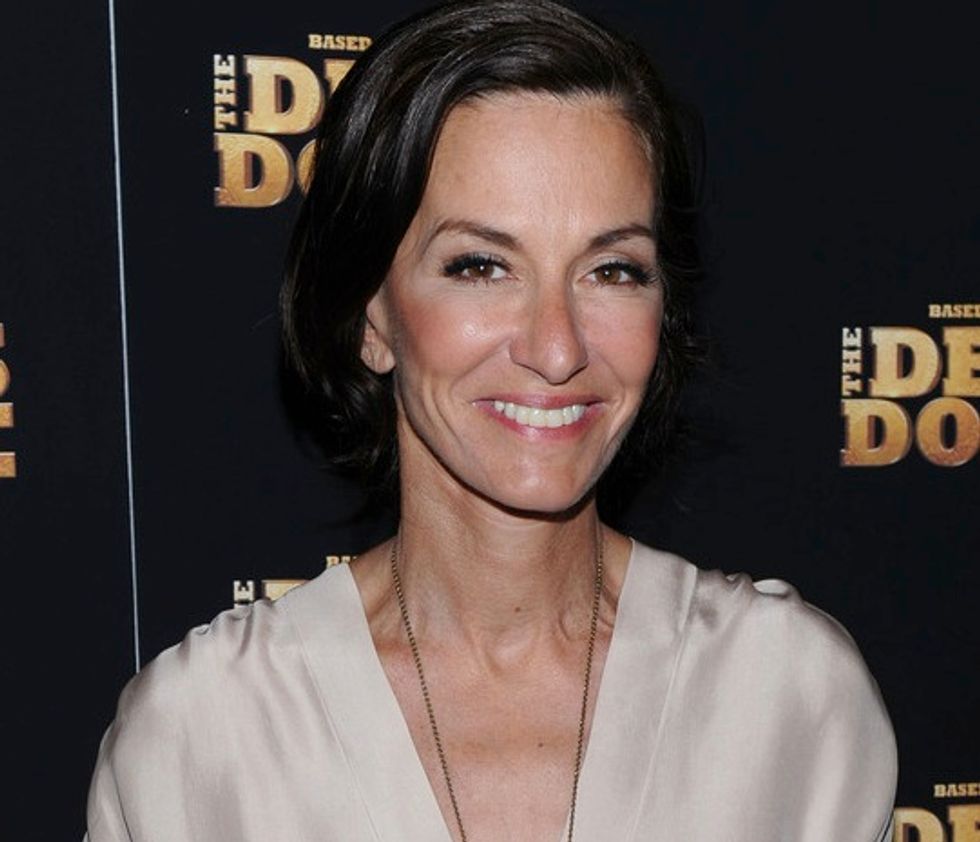 Cynthia Rowley, Fashion Designer
"In my early twenties, I just moved to New York City, started making clothes, and was so broke. I did almost anything to pay the rent. (Picture whatever mistake you want here.)" 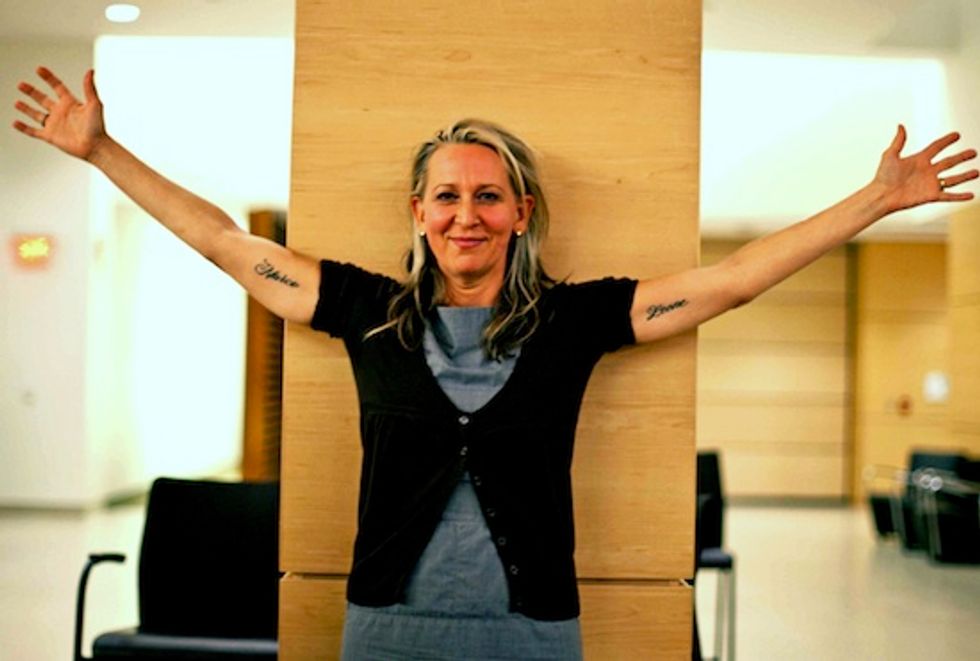 Gabrielle Hamilton, Chef/Owner of Prune and author of Blood, Bones & Butter
"In my twenties, I mistook meanness for intellectualism, and had this idea that if I had a razor-sharp wit, I would be perceived as smart -- like Dorothy Parker or H.L. Mencken smart. I could have been so much kinder to so many people." 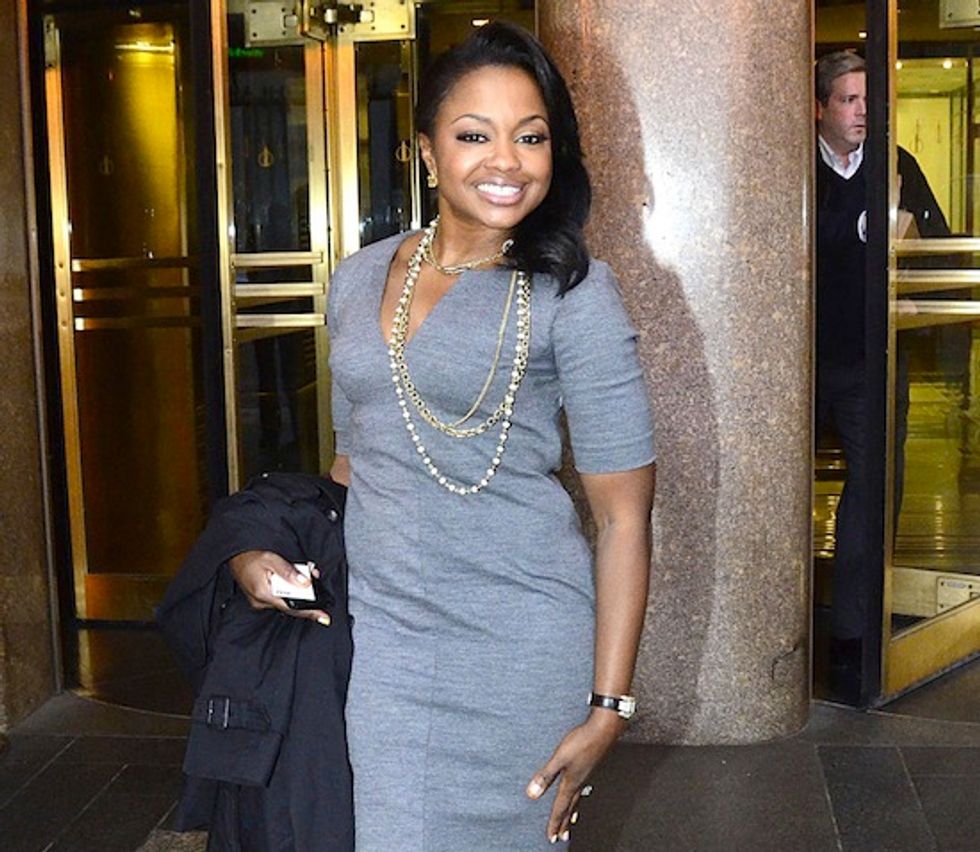 Phaedra Parks, Attorney and star of Real Housewives of Atlanta
"I should have traveled abroad more and stayed longer and worried less about my career." 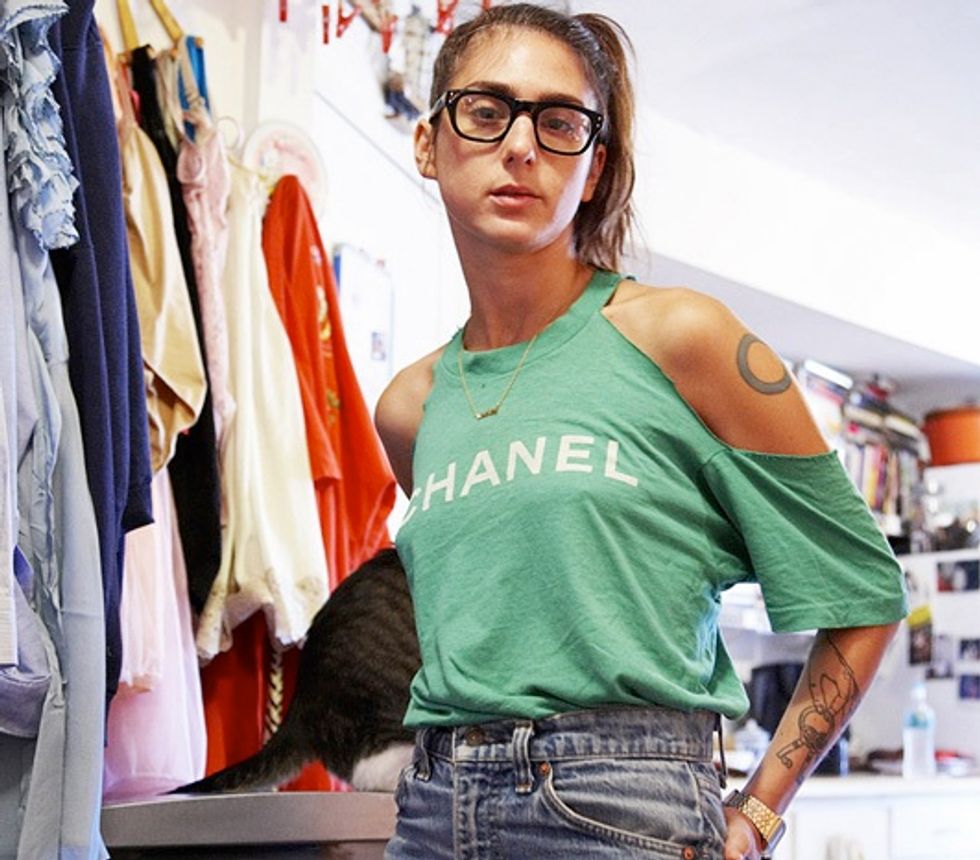 Lesley Arfin, Girls writer
"The biggest mistake I made in my twenties was that I cared too much about what other people thought of me." 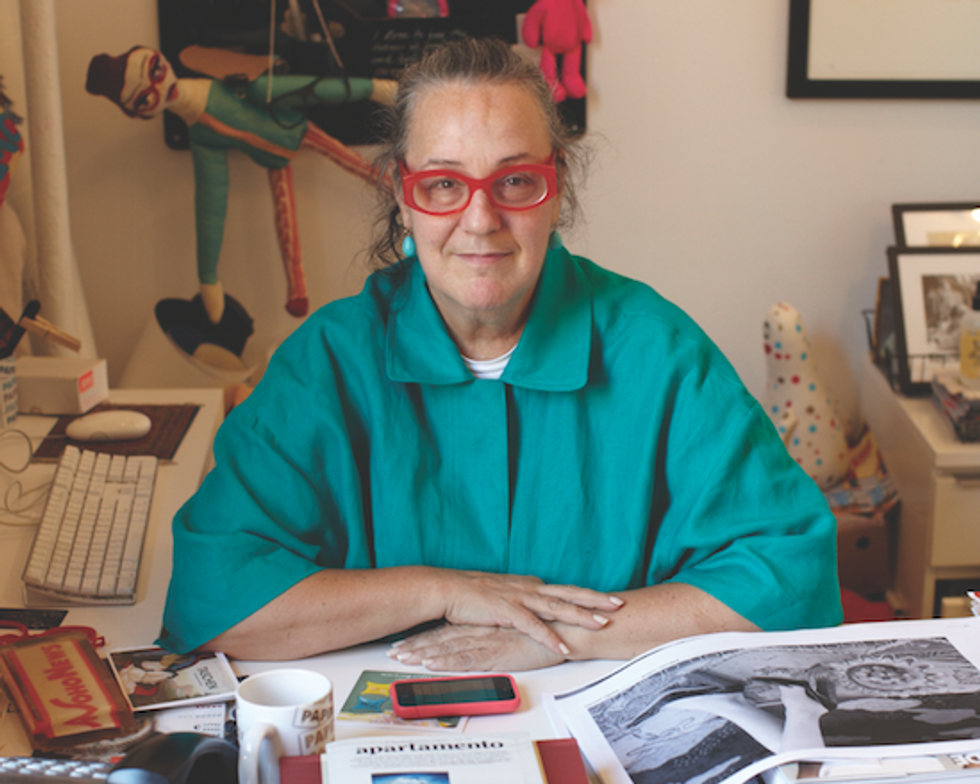 Kim Hastreiter, PAPER Co-founder, Publisher and Editor-in-Chief
"I signed a lease on a horrible apartment on Carmine Street because I met a low-level mobster who said he could get me a rent-controlled apartment if I paid him 750 dollars in cash. I was desperate to find an apartment so I signed the lease and when I went back to look at it (after having paid three months' rent and security on it), I saw there was no lock on the front door, no kitchen and bullet holes in the apartment window and through the door. I called my father crying that "I made a big mistake" and so my poor dad had to come to the city, meet the mafioso landlord and appeal to him as "a father of a young innocent who made a mistake" to get me out of the lease. I never got the finder's fee back but the landlord was a father himself so he returned the three months' rent." [Photo by Dan Monick] 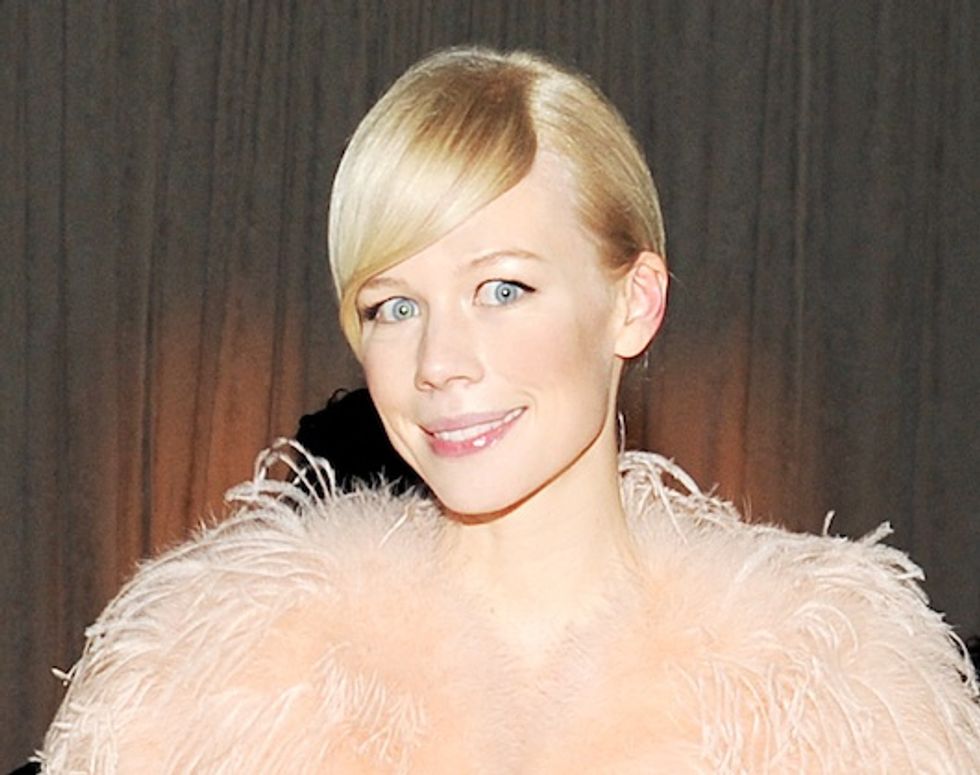 Erin Fetherston, Fashion Designer
"The biggest mistake I made in my twenties was being too hopeful that dead-end roads would magically lead somewhere. It took me a while to realize that when you hit a dead end, all you can do is turn around and forge a new path." [Photo by Billy Farrell/BFANYC.com] 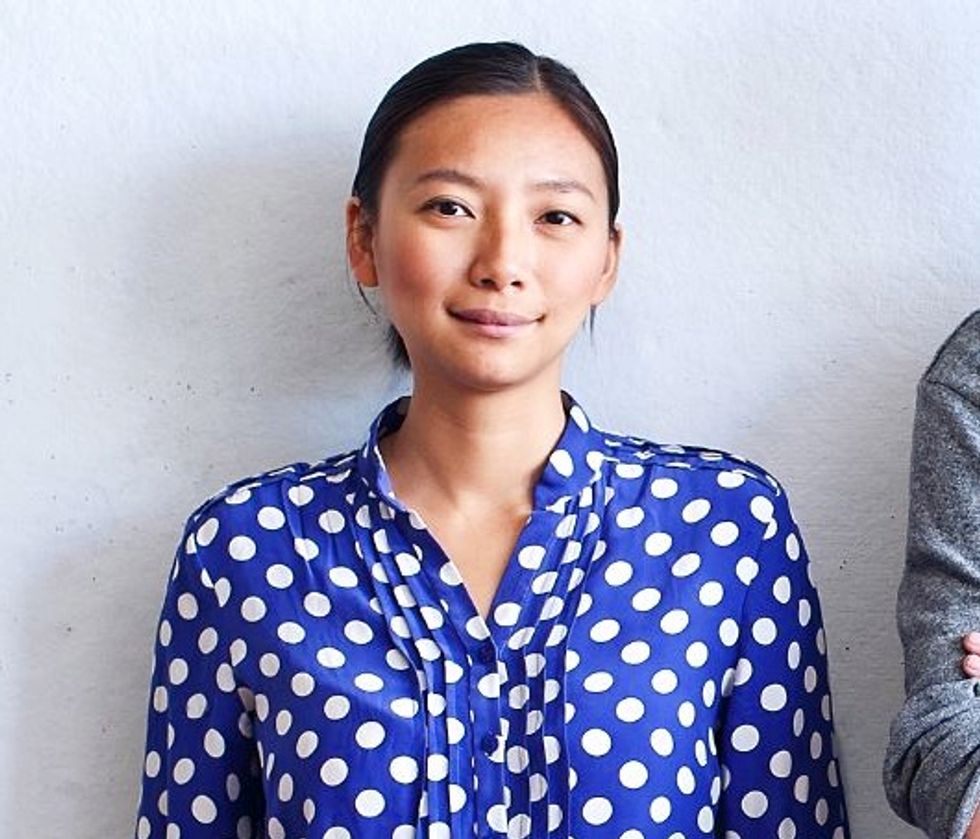 Jing Liu, Architect and co-founder of SO-IL
"My biggest mistake was not putting 100% in everything I did while in my twenties. I procrastinated, sneered, contemplated and waited a little bit too long sometimes. Nothing is a waste of time in your twenties. Just do it." 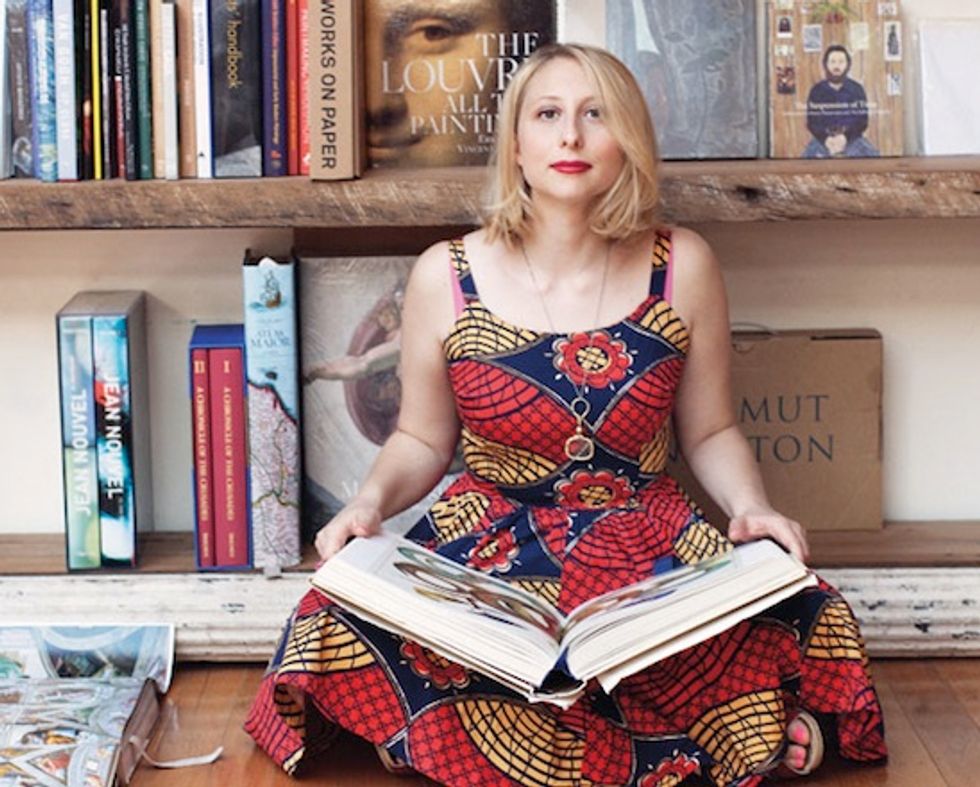 Emma Straub, Writer
"Though I successfully dodged the Great Trucker Hat Disaster of the early 2000s, I did wear pre-distressed blue jeans and enormous basketball sneakers, both of which would have been horribly expensive had I not still been using my parents' credit card." 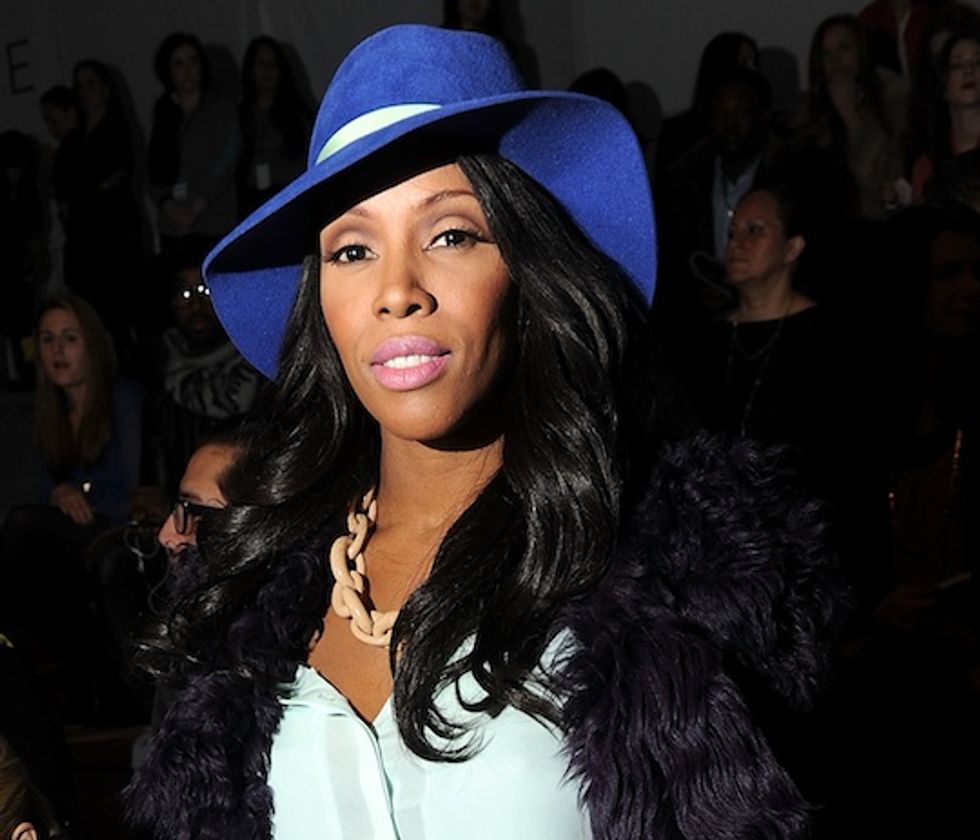 June Ambrose, Celebrity Stylist
"In my twenties I was jet-setting and building my company [but] I never imagined that I would have what I have now. Now I always think big and don't underestimate where I will be in 10 years." 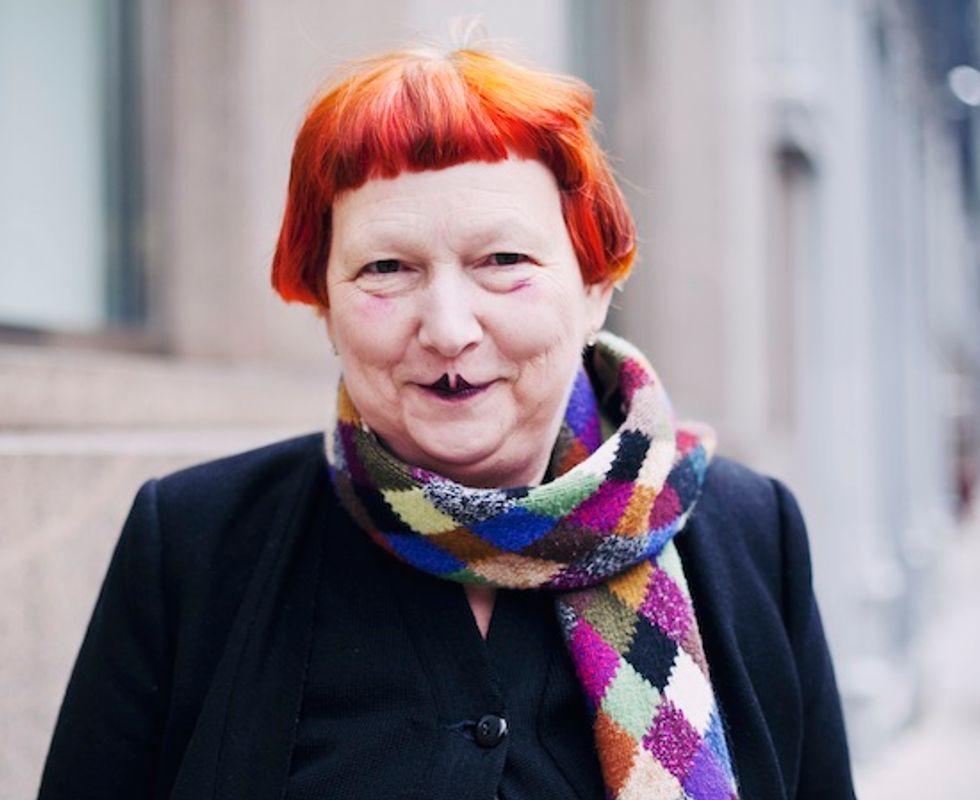 Lynn Yaeger, Fashion Writer/Editor
"I wish that when I was in my twenties I wasn't always so worried about how I looked, how I measured up compared to other women my age, whether my clothes were good enough, etc. As soon as I got the courage to really go my own way -- and it did take a while -- the happier I became. Oh, and I wish I had started writing professionally a whole lot earlier than I did." 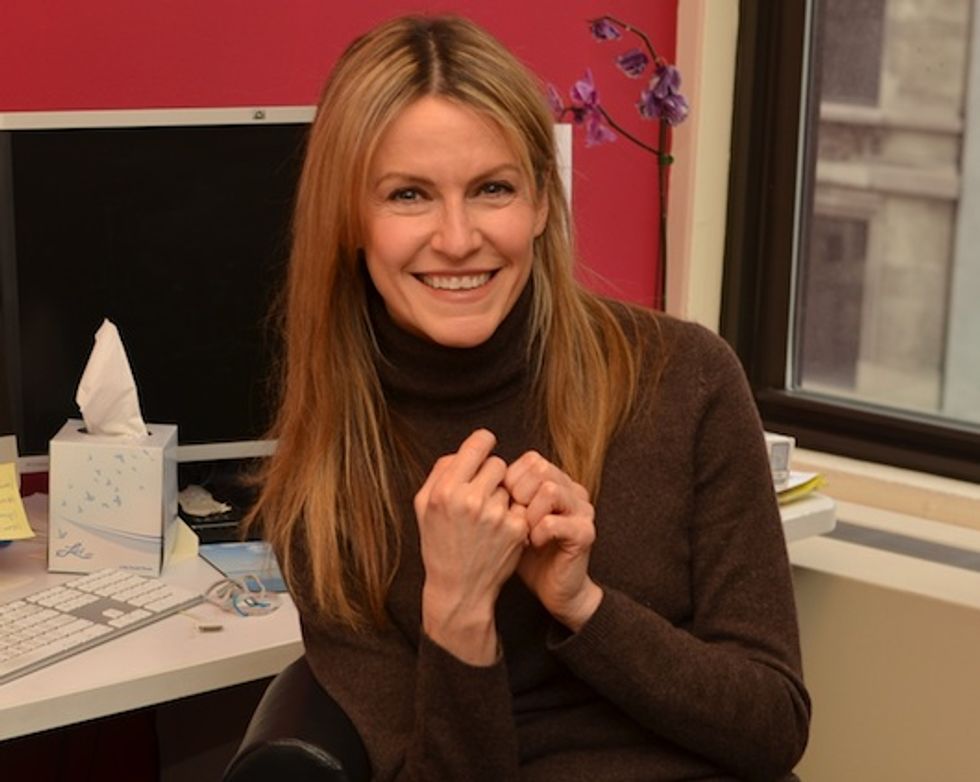 Jane Pratt, Founding Editor of Sassy, Jane and xojane.com
"When I was a couple of years out of college and just getting ready to start Sassy Magazine, I got invited by Maybelline, a potential advertiser, to a big beauty luncheon at Tavern on the Green. They also invited my 'beauty editor.' Since I didn't have one, I just brought one of my college housemates. When we got there, I moved the placecard for the Beauty Director of Mademoiselle to another table so that my friend could sit with me. My friend ended up sitting next to the President of Maybelline and the Mademoiselle editor was pissed. I didn't know you couldn't just do that." [Photo by Olivia Hall] 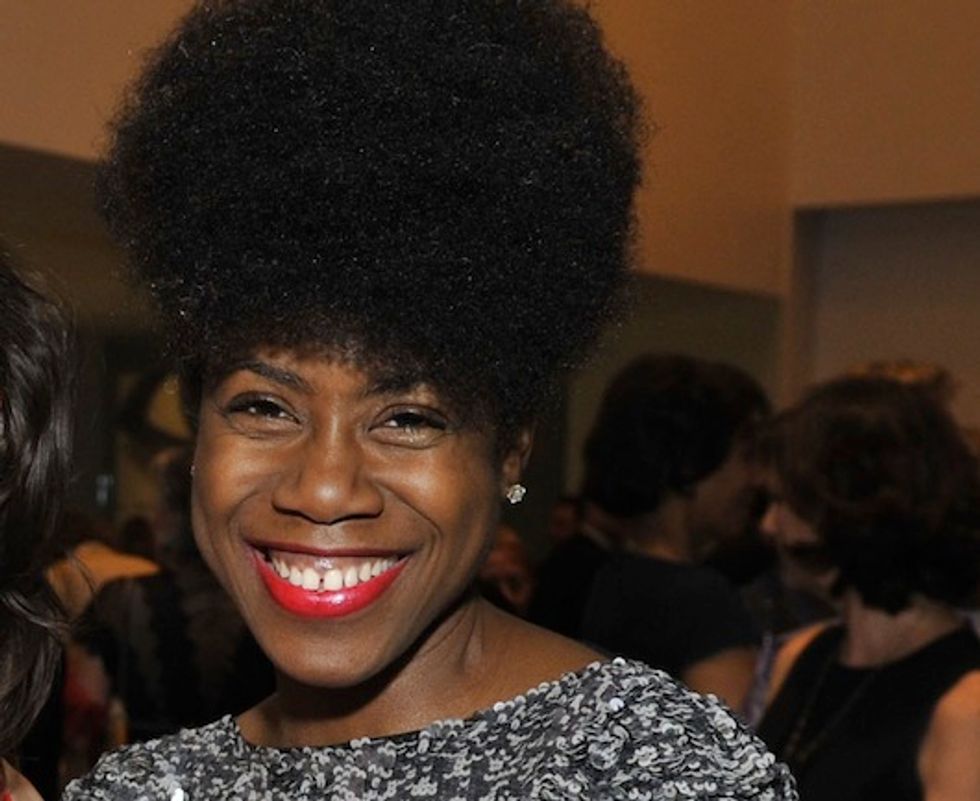 Kenya (Robinson), Artist
"My twenties were wrought with an adherence to the calculable, the predictable, the legible, the linear. This was certainly my biggest mistake. However unavoidable. I mean, how do you in fact gain wisdom, without taking your lumps. Especially since this whole personal evolution thing is more a product of actual experience than anything else, symbiotically connected to our ability to eventually break it all the way down, like the space continuum conundrums that inhabit the Star Trek Universe, or those Back to the Future movies. And so, to break it all the way down, my twenty-ish ego was a taskmaster. Hell-bent on doing the right thing. Going to law school, marrying some knucklehead that I had no business tying myself to, or relying on an established template of 'next'. Hallelujah, the Bored works in mysterious ways! In my twenties, I had no idea that my future could reside beyond my imagination (Willy Wonka?). As it was, The Future was a thing to be strategically mapped and planned for like a retirement package. Not to mention, fretted over. Every obstacle I encountered during that period was located on a horizontal track, a hurdle to be cleared, so that I could collect my Super Mario coin. In my thirties, however,  it's been made clear that my perspective was all kinds of off; those obstacles were not impediments to forward movement, but rungs on a vertical ladder. Go figure. The monarchy of my life's plan made resistant to typical means of classification.  A princess-empress-queen hybrid of simultaneous self-awareness and acquiescence to the unpredictable rules and fuels my thirties life." [Photo by Ryan McCune/PatrickMcMullan.com] 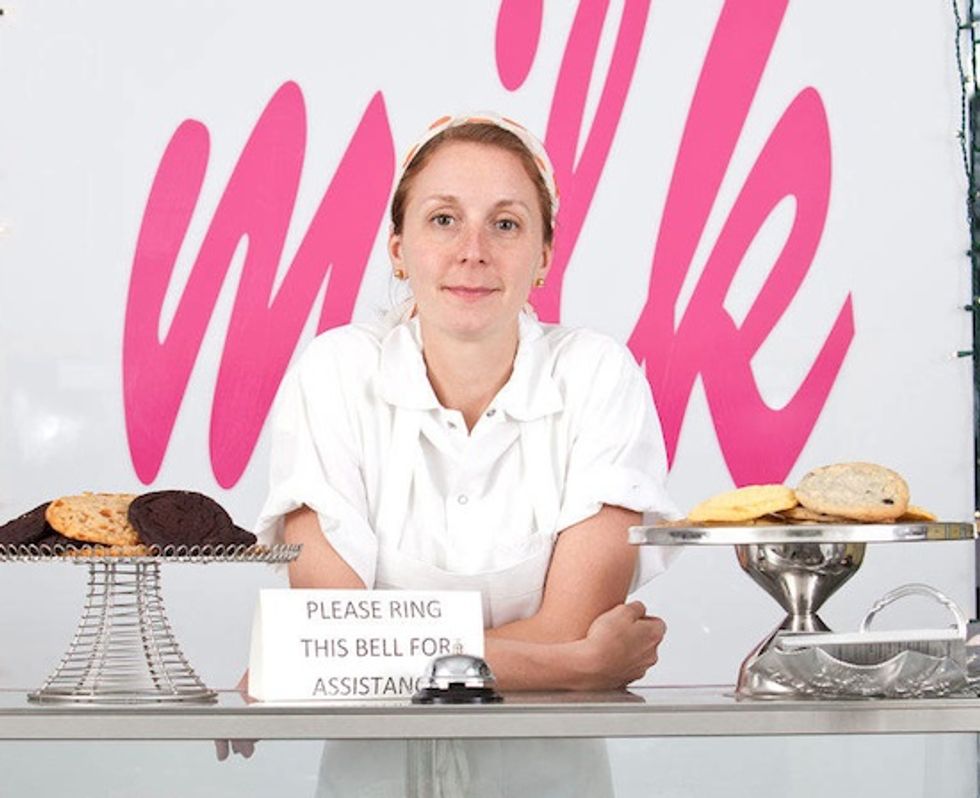 Christina Tosi, Momufuku Milk Bar Chef/Owner
"In my twenties I wish I were a little less cocky. That's not to say I was ever egomaniacal or anything close to it, but I still hadn't shaken the teenage 'the world is my oyster and I know everything I need to know (you can't teach me a thing)' mentality. I was passionate and independent almost to a fault, certainly to a regret. I'd get into the hot-head-redhead zone when I felt someone wasn't working hard enough or good enough. I'd refuse to allow room for error or ignorance. I was in SUCH a rush to get grown, get further, get smarter, get more done, that I ended up most times looking like a lunatic raising my voice when I could have made my point more gracefully otherwise or choosing battles I could have let simmer out like a wiser woman in her thirties. God bless my twenties, they're why I am who I am today, but damn, I could have kept my cool a little more..." 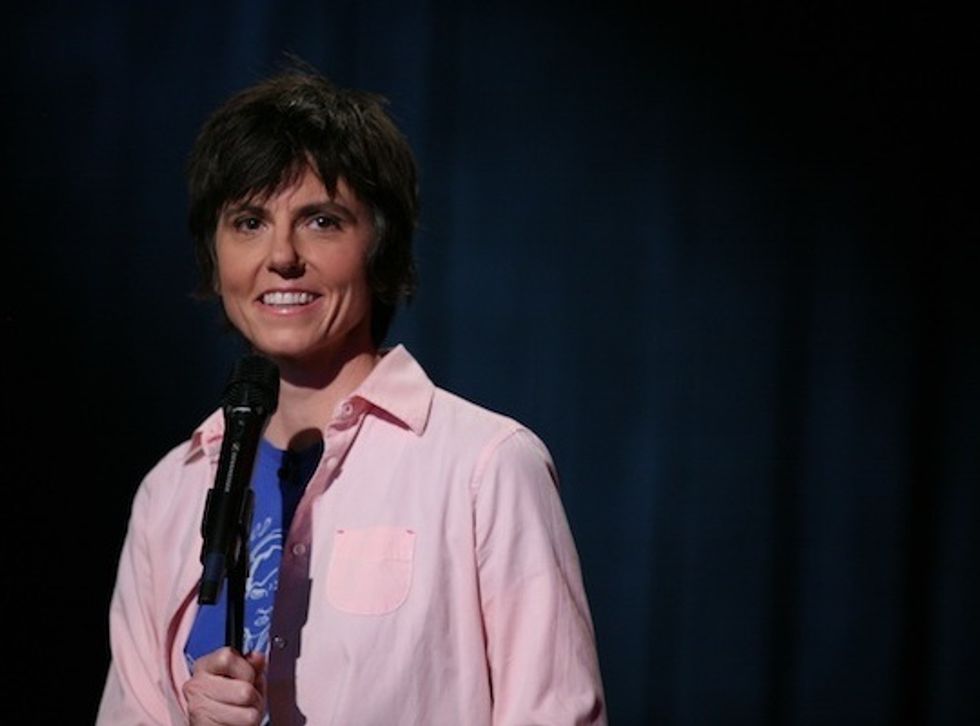 Tig Notaro, Comedian
"Honestly, I can't think of a single regret that I have. Every horrible decision that I possibly should regret in life lead me to where I am today. It's difficult to feel anything but pretty great."