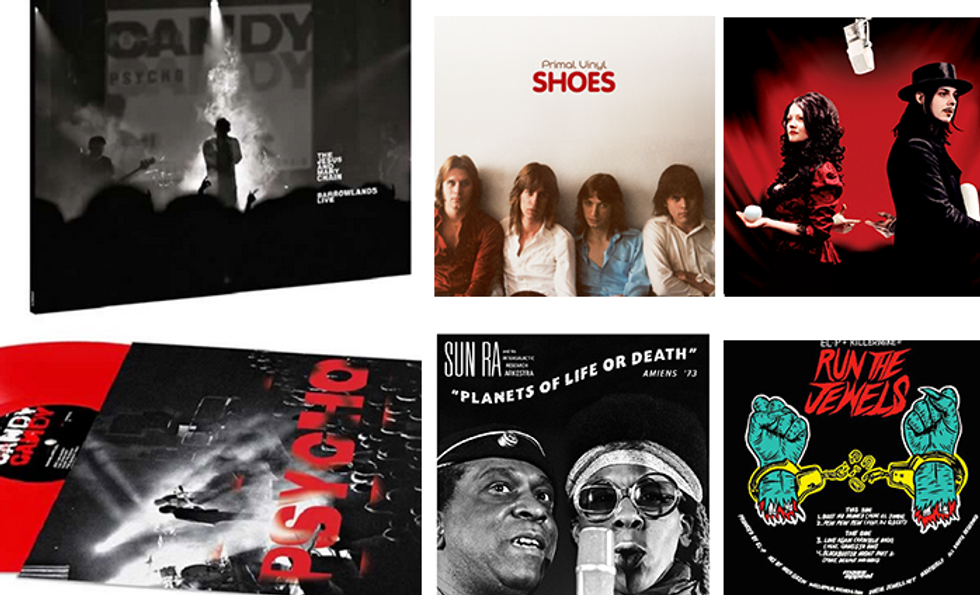 by Gary Pini
PAPERMAG
Record Store Day returns April 18th, and the annual celebration of indie music stores has been getting lots of traction in the last few years, especially since vinyl became the only physical format that's actually increasing in sales -- rising 38% in 2014. The full run-down of releases is HERE, but we've already picked our faves:

1. Joan Rivers -- The Next To Last Joan Rivers Album
Sorry, it's not on vinyl, but this re-issue of the late comedian's classic 1968 album will be available for the first time on CD. Plus there's an 8-page booklet.

6. The Shoes -- Primal Vinyl 12-inch vinyl
The '70s indie band from Zion, Illinois has a record featuring unreleased live versions and other tracks out for the first time on vinyl.

7. Metallica's cassette reissue of their 1982 demo tape, No Life 'Til Leather
And there's Lars Ulrich's original handwriting, too.

9. Sun Ra -- Planets of Life or Death 12-inch vinyl
This is the first release of a 1973 live show in Amiens, France, and was recorded direct from the soundboard.

10. The White Stripes  -- Get Behind Me Satan
Double LP, first time on vinyl -- one record is red and one is white!