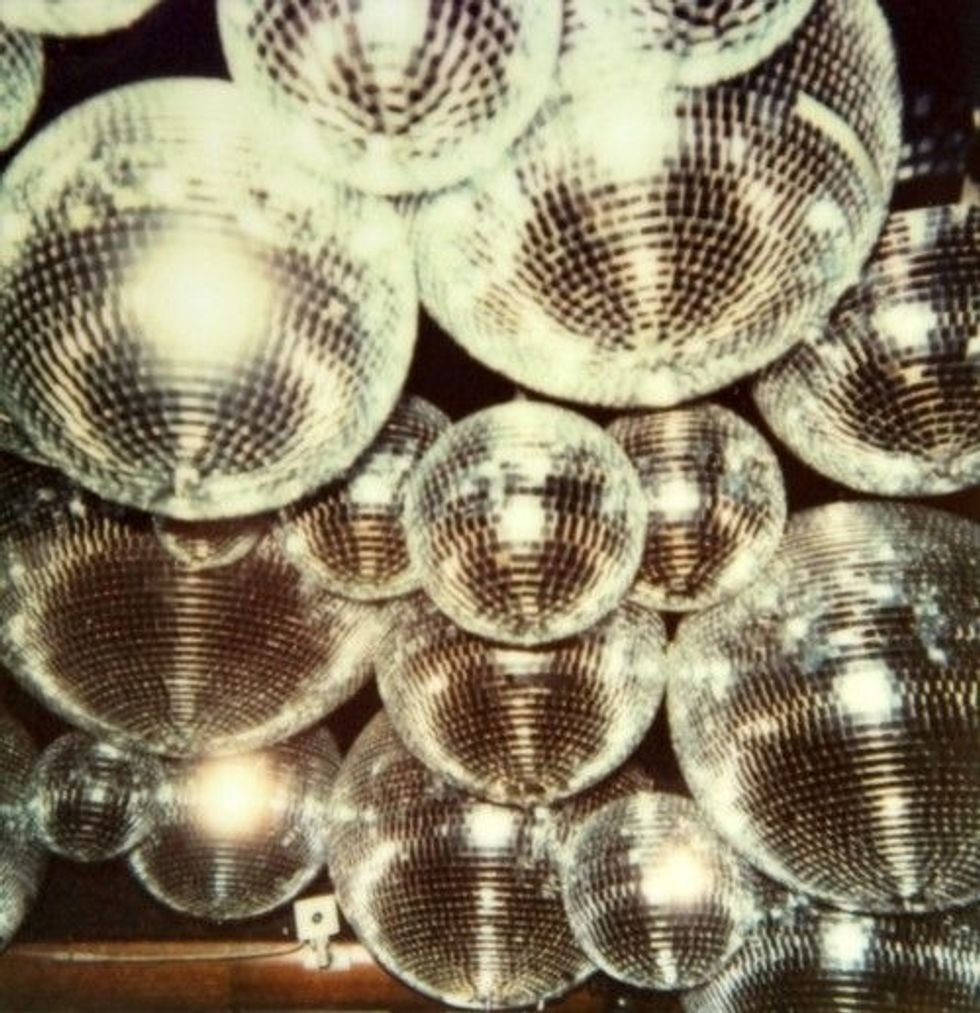 It doesn't matter if you're visiting for New Years' Eve, or you got stuck here after waiting too long to book a flight to Tulum (or, actually, anywhere with open water and sunshine), there's one thing we know you've never said: Times Square sounds like a great idea. Our guide to New Years' Eve in New York City, below.
Glasslands' Last Show
The creative Williamsburg hub that housed performances from countless up-and-coming artists including Disclosure, Alt-J and How to Dress Well announced back in October that it was closing its doors after eight years. Glasslands gave us so many good times (mostly, jams to dance to), of course they wouldn't say goodbye any differently. We're talking vodka open bar, a midnight champagne toast, a secret headliner and many other special guest performers.
Glasslands, 289 Kent Ave., Brooklyn. Buy tickets here.
Rita Ora at Top of The Standard
For an option that's a little more swanky, join our April covergirl Rita Ora at the Top of the Standard. It's a night for black tie, a great view, and excellent people watching.
Top of The Standard, 848 Washington Street, Manhattan. Buy tickets here.
SHADE
Blast into the future with Club Shade, as Ladyfag and Seva Granik invite you to party like it's 2085. The insane warehouse party that's previously brought in Alexander Wang, Miley Cyrus and Riccardo Tisci, will have a "shade stage," non-stop dancing, and fashion vampires that won't see daylight until 7am.
Buy tickets here.
Tiki Disco
Since 2009, Tiki Disco has been known to throw some of the best outdoor dance parties in New York City. As the temperature lowers, the energy is still there. For NYE, Tiki Disco is taking over Sugar Hill Supper Club in Bed-Stuy with dance jams from DJ Eli Escobar, Andy Pry and Lloydski. Get ready to move!
609 Dekalb Ave., Brooklyn. Buy tickets here.
Mykki Blanco, Perfect Pussy, Ricky Acid and Porches at Baby's All Right
Catch rapper Mykki Blanco, noise rock rabblerousers Perfect Pussy, Ricky Eat Acid, and a special guest and sip away with two hours of open bar.
Baby's All Right, 146 Broadway, Brooklyn. Buy tickets here.
Dinner at Dirty French
Hungry? Of course. Plan a little dinner with close friends before the night of festivities (or make dinner the plan because food is very important) at Dirty French. The Torrisi boys are cooking up cabbage with black truffle oil, blackened lobster and a champagne sorbet. We know one thing you'll be in 2015 -- full.
Dirty French, 180 Ludlow St., Manhattan. Make reservations here.
BangOn! NYC
Bored won't be a word used at the BangOn! NYC party, but FOMO might be very likely. The top secret warehouse location will include everything from DJ sets by Sweater Beats and Lee Poss to circus performances, holographs and flying saucers. It'll be hard to capture everything that's happening, but there won't be a dull moment.
Get tickets here.
_On The Lo_
Enter 2015 (or 2K15) with a bit of '90s nostalgia. There will be VHS confessionals to express your feelings for those who didn't quite make the cut for the cast of The Real World and kissing booths for couples and NYE flings alike.
Rye Restaurant, Bar Below Rye, 247 South 1st Street, Brooklyn. $10 dollars after 11 pm. Details here.
Queen of the Night
Promoters Brandon Voss and Patrick Duffy are ringing in 2015 at "Queen of the Night," where, in addition to fancy packages that include champagne toasts and even a private butler service, you can find a dance party with DJ Spun and, later, an evening performance with Nomi Ruiz of Hercules and Love Affair.
Diamond Horseshoe, 235 West 46th Street, New York, NY 10036. Buy tickets here.
Clinton Street Bakery for New Years' Day Breakfast
And, finally, because you never know what time you'll get in on New Years' Eve or wake up on New Years' Day, Clinton Street Bakery will be serving brunch until 11 pm. Neil's pancakes all day.
Clinton Street Bakery, 4 Clinton Street, Manhattan. More information here.