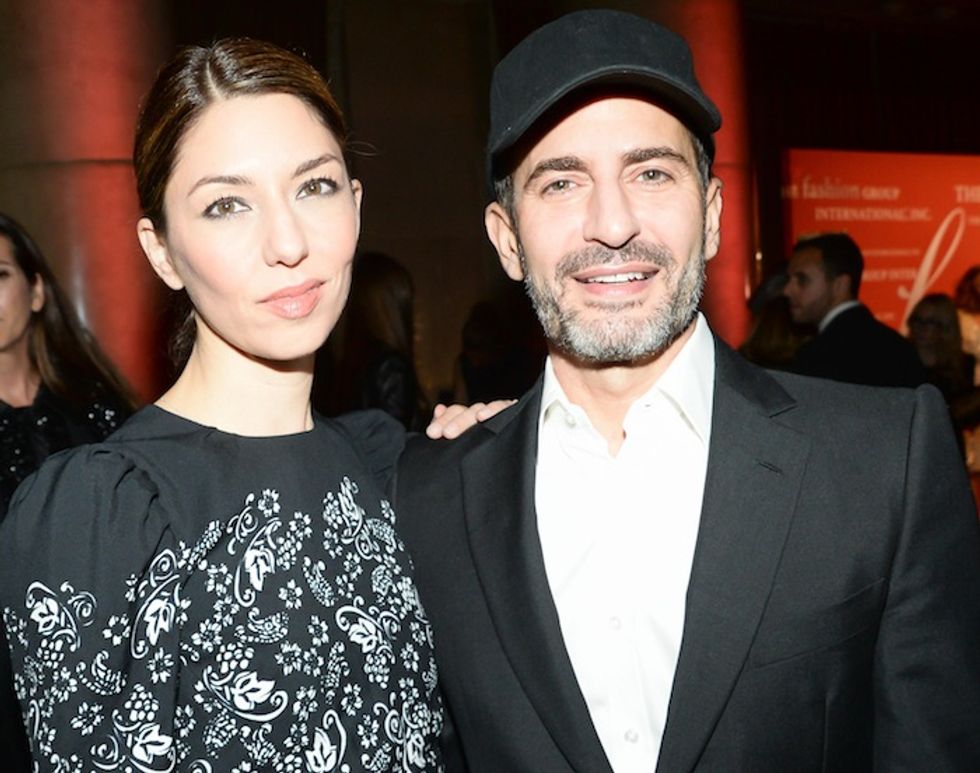 Our 10 Favorite Designer Muses of All Time

by Aaron Ealy
PAPERMAG
1. Grace Jones and Azzedine AlaÃ¯a
Forever immortalized wearing AlaÃ¯a's clothes in the James Bond film A View to Kill, Grace Jones is one of the Tunisian designer's most famous muses. AlaÃ¯a's body-con clothes perfectly highlighted the singer's sculptural body in film, photos, her daily life and even on his catwalk.

2. InÃ¨s de la Fressange and Karl Lagerfeld
La Fressange was the face of Chanel before supermodels like Linda, Christy and Naomi stormed the Parisian catwalks. Lagerfeld admired la Fressange because of the way she simultaneously embodied the image of the international woman while also remaining quintessentially French. The two had a falling out when la Fressange was named the face of the Marianne, the national symbol of the French Republic, but the two reconciled their friendship as demonstrated by la Fressange's Chanel Spring/Summer 2011 catwalk appearance.

3. Madonna and Jean Paul Gaultier
There will probably never be a more famous stage outfit than Gaultier's cone bra he created for Madonna's 1990 Blonde Ambition tour. The piece launched JPG's career into the international spotlight and solidified the duo's relationship as designer and muse. Gaultier would go on to create costumes for Madonna's Drowned, Re-Invention, Confessions and MDNA tours and Madonna even walked for the designer as a model, most famously in his Spring/Summer 1995 collection.

4. Audrey Hepburn and Hubert de Givenchy
Audrey Hepburn is the ne plus ultra Givenchy girl: she was Givenchy's muse, friend and biggest supporter. The two met during the shooting of Hepburn's film Sabrina and Givenchy would go on to design her wardrobe in many films including the iconic little black dress Hepburn wears in Breakfast at Tiffany's. Hepburn was Givenchy's greatest inspiration and she famously said of his work, "His are the only clothes in which I am myself."

[Photo by Joe Schildhorn/BFAnyc.com]
5. Marina AbramoviÄ� and Riccardo Tisci
Since taking over as Creative Director of Givenchy in 2005, Tisci has revitalized the brand by changing the direction and aesthetic from that of its founder. With this change came new muses who resonated with Tisci's romantic outlook for the house and one of his greatest sources of inspiration is the world famous Serbian artist. The two have collaborated on projects like the ballet, BolÃ©ro (Abramovic created the scenography while Tisci design the costumes), and Givenchy hosted the party celebrating AbramoviÄ�'s MoMA piece The Artist is Present. He also cast her as a model in the Givenchy Spring/Summer 2013 campaign.

7. Isabella Blow and Alexander McQueen
Blow is credited with discovering McQueen when she saw his Central Saint Martins MA collection and immediately bought the entirety of it. As McQueen's biggest supporter, she helped launch him into the international spotlight, which led to his appointment as Creative Director of Givenchy in 1996. She was the first to recognize his incredible talent and together the two left an undeniable mark on the fashion community and the world at large.

[Photo by Joe Schildhorn/BFAnyc.com]
8. Sofia Coppola and Marc Jacobs
Coppola and Jacobs met backstage at one of the designer's Perry Ellis shows in the early '90s after the future director asked her mother if she could arrange for them to attend. The two became fast friends, bonding over similar tastes in art and music and a designer-muse relationship was born. Coppola almost exclusively wears Jacobs' designs on the red carpet -- including the gown she wore to accept her 'Best Original Screenplay' Oscar for Lost in Translation -- and more recently, the two collaborated on a short film for Jacobs' scent, Daisy, which, in fact, Coppola was the first ever face of.

9. Charlize Theron and John Galliano
Theron and Galliano made a show-stopping entrance to the AngloMania Met Gala together enrobed in silk and sequins and since then, the actress has often been seen wearing his designs on the red carpet and she was even named the face of the Dior fragrance, J'adore, while Galliano was still the Creative Director.

10. Loulou de la Falaise and Yves Saint Laurent
Model, collaborator, friend and, of course, muse, la Falaise wore many hats while working with Yves Saint Laurent. The two met in 1968 while la Falaise was working at the British society magazine, Queen, and not long after, Saint Laurent began sending her boxes of his clothes and they were bonding over a love of Proust. In 1972 the designer invited la Falaise to work for him and she would go on to spend the next three decades by his side.